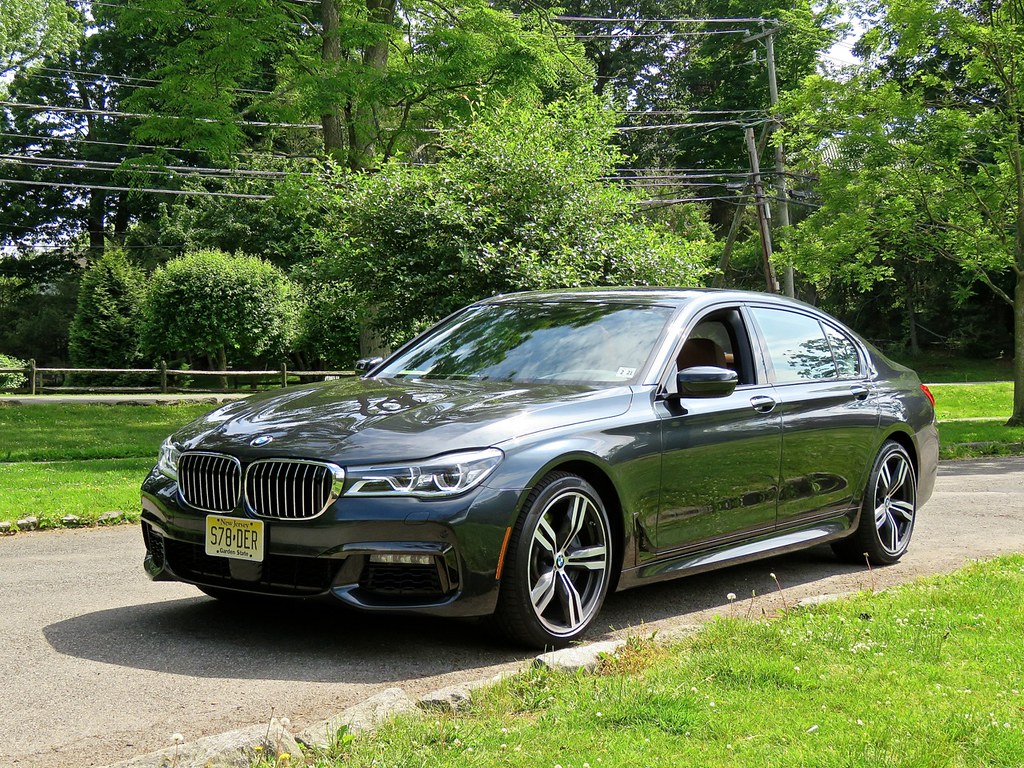 This is not so much a car as it is a rolling spa. Sure, I had some time behind the wheel of this new BMW G11 750i, but what really stuck in my mind was the massage I got while riding around in the back seat. It was pouring rain, we were stuck in a traffic jam, and I wouldn’t have been anywhere else in the world if I could have. It’s an optional extra, but what’s an extra $7 grand for the pleasure of being able to have a heated, or cooled, massage everywhere you go? I could really go for one right now, as a matter of fact.

The new 750i may be a rolling spa, but it’s one that moves pretty good, too. BMW claims 445 hp and 480 ft/lbs of torque from its “Hot Vee” twin turbo V8, and that’s enough to propel your pampered ass from a snooze to a heart attack in just 4.3 seconds.

Really though, the G11 is the expected next step for the BMW 7 Series, nothing less, but nothing more either. It’s really nice, but they’ve all been nice over the years. It’s really fast, and handles well for a big limo, but again, same with every other 7 Series. The G11 is also full of lots of fancy, cutting edge technology, which is awesome today, but it will suck in ten years for the poor sap who buys this once-$120,000 luxo-barge for $13,988. Go try to use the nav on a late 90’s E38 7 Series, and you’ll see what I mean.

In fact, staggering depreciation is probably just as much of what makes a 7 Series a 7 Series as the car’s big comfort or big horsepower. Well-optioned, it’s not a bad value for what you get for $120,000 or so, but you can be damn sure you won’t be seeing much of that money back. Leasing may be a good idea here, people.

The G11 750i is among the nearly flawless lineup of current luxury cars. They’re all just really good, almost to a fault, if only for the fact that such uniform perfection lacks character. Objectively, this BMW 750i is good enough as a luxury cruiser to make me wonder why anyone would shell out triple the money for a Bentley or a Rolls. I mean, how much more comfortable could you possibly be?

But really it’s not about features, or the comfort, or any of that. It comes back to the car being good, really good, too good for its own good. The G11 is a lot like that guy at the party who just keeps talking, on and on, about his own accomplishments. He’s very impressive and all, but people just keep walking away, don’t they? That’s because endless perfection gets boring pretty quick, and it’s usually a lot more fun to hear people talk about their mistakes.