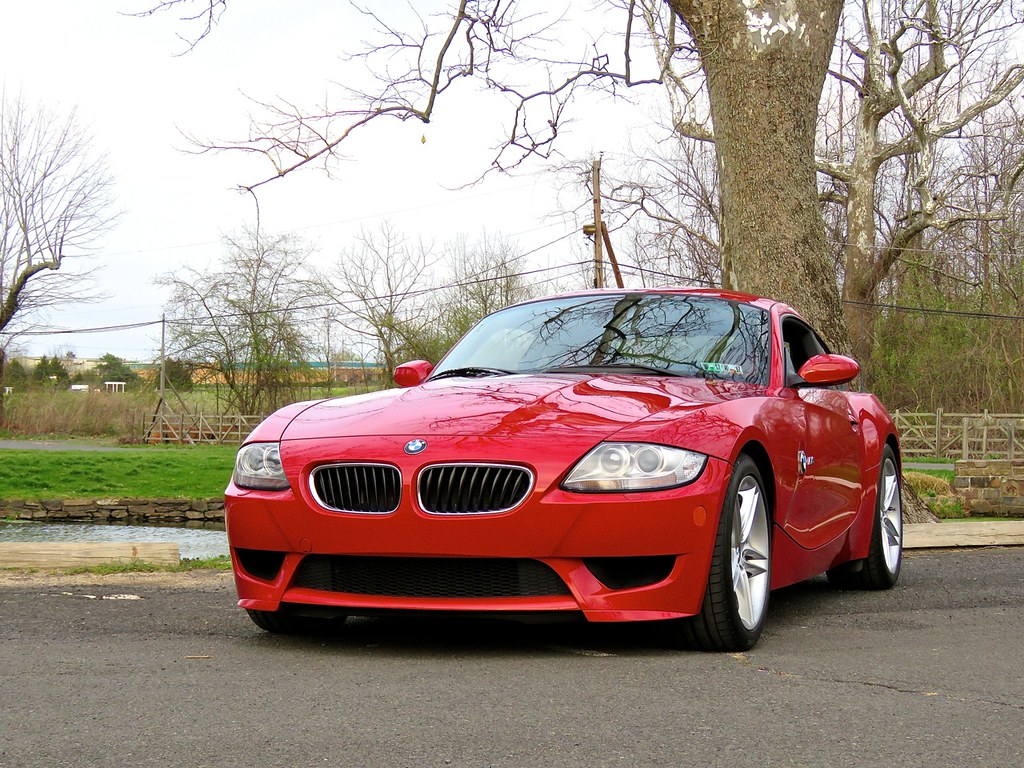 A “special” car will keep your attention long after you’ve left it parked. It’s one thing to have a car you want to look back at as you walk away, but it’s a whole different level when you spend all day looking forward to your drive home. A car that has both the looks to make you turn around and the driving experience to keep you craving is a car that is truly remarkable, indeed.

“Special” is the single most important aspect of an enthusiast automobile, it’s what makes it much more than a mere transportation appliance. “Special” cars come in all shapes and sizes, and you can find one whether your budget is $10 grand or $10 million.

I was offered a chance to take a spin in the car for this article, and how could I say no? I’ve been wanting to get behind the wheel of a Z4 M for quite some time now, and a more perfect example would be difficult to find. My impressions of the car are as follows… 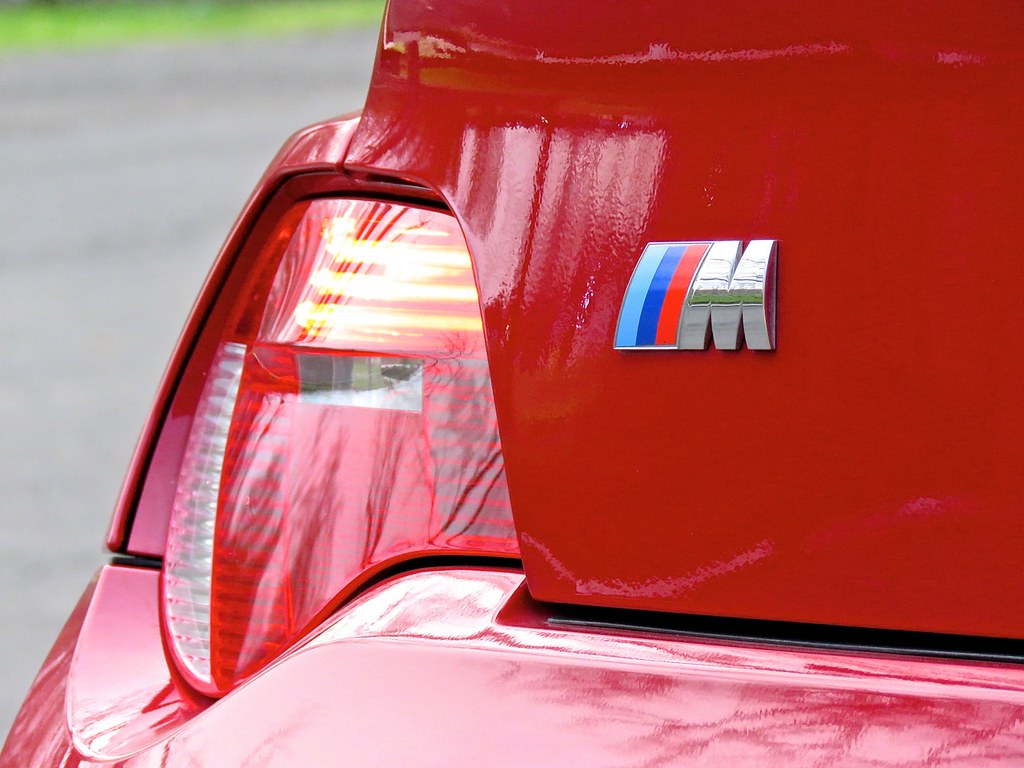 The lasting impression my drive in this M Coupe left with me is that its character is more of a buttoned up gran turismo than I had expected. I was anticipating a more raw, hardcore driving experience, and what I got was something much more refined that demanded both care and precision from the driver. That’s definitely not a bad thing at all, just different than I had expected. It’s demeanor closer to that of an Aston Martin than a Porsche.

With this in mind, the more I think of the Z4 M Coupe as a small sports GT car, the more sense it makes to me.

Only 1,815 M Coupes were sold in North America, close to half the number of M Roadsters. Needless to say, it will be a special occasion if you find someone with the same car next to you at a light.

Furthermore, this car is one of just 37 Imola Red Z4 M Coupes with an Imola Red interior. It also has the optional carbon leather trim. It’s a stunning combination that gives the car the richness it deserves, and it feels extra special as a result. 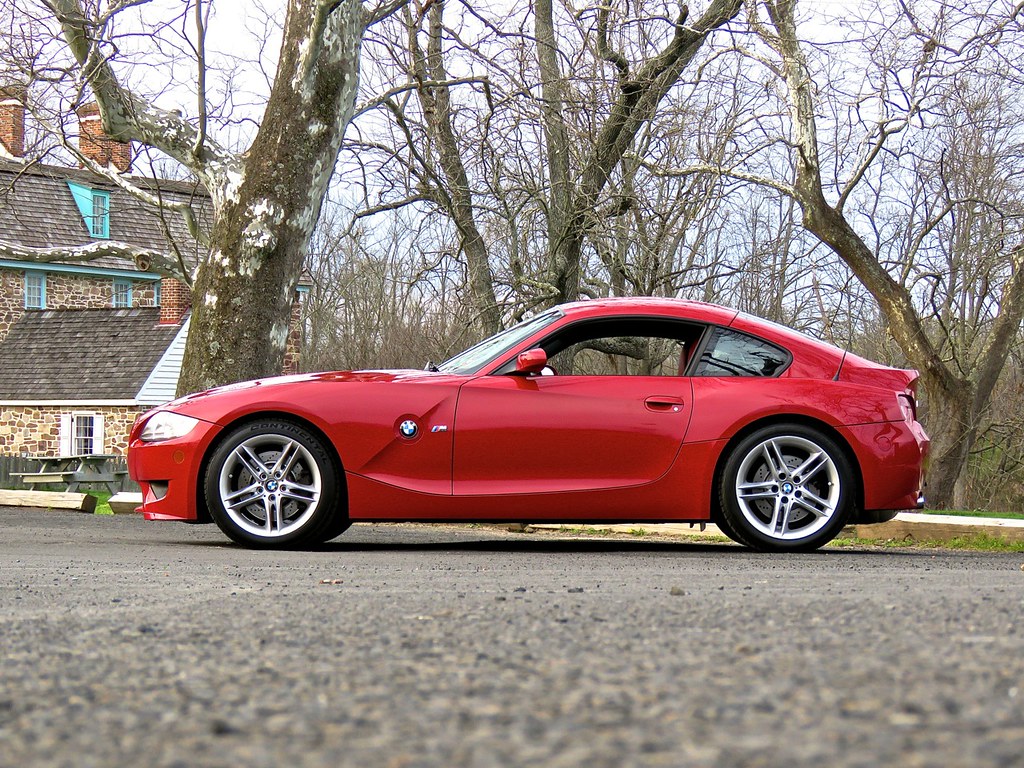 Part of why I see the M Coupe as more of a GT car is due to its handsome and distinctive style. It doesn’t have a wild festive look, like, say an S2000 or a Miata, no, instead it keeps things classy. If a Miata is a loud Hawaiian shirt, then a Porsche is relaxed business casual with the sleeves rolled up and the collar unbuttoned. By comparison, I feel the M Coupe is like a well-fitted suit, all buttoned up, and almost intimidatingly well-put-together. It’s honestly like Brooks Brothers made a car. 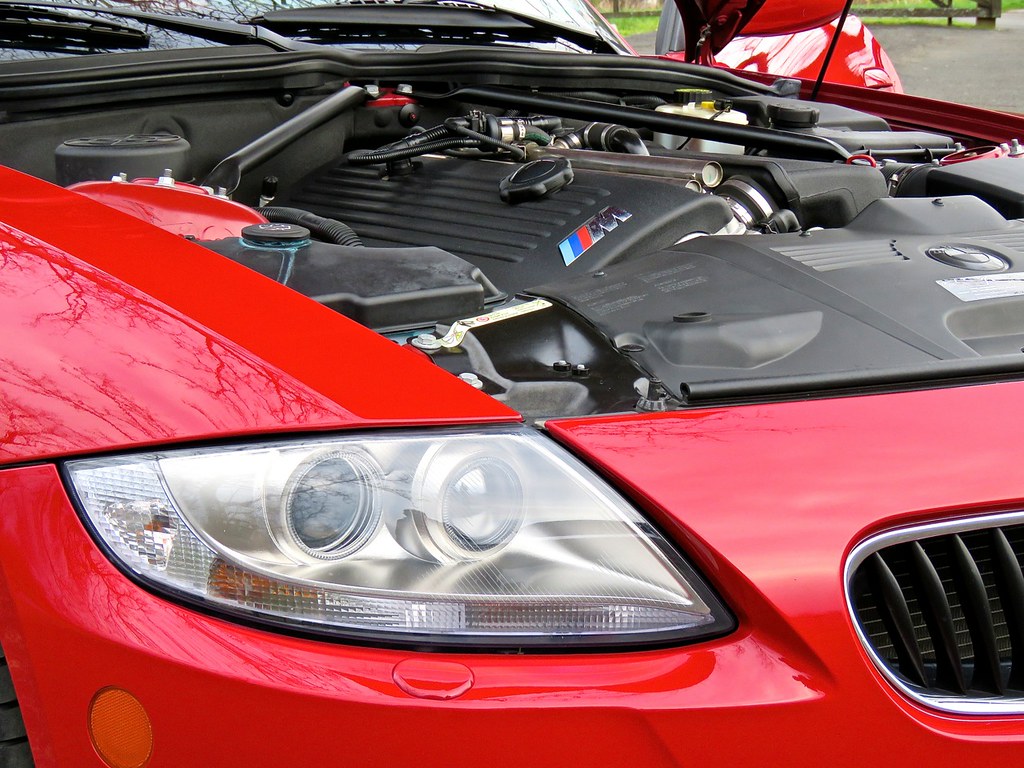 The M Coupe’s buttoned up style carries directly into its character on the road. It is utterly competent in every regard. Even at quick road speeds on winding pavement the M Coupe’s chassis’ composure is never even questioned, let alone shaken. You’d have to be going very fast and pushing very hard to experience this car’s limits, and I wasn’t going to try with someone else’s pristine car for sale. I drove the M Coupe the way most owners will, spirited, but safe, and the car felt so capable, like a race horse at its gate.

From the driver seat the M Coupe is lively and responsive, with a nice thick steering wheel that’s a pleasure to hold. It’s also totally smooth, but that smoothness comes with a catch. The M Coupe is actually somewhat tricky to drive well. The clutch and gear shift in particular require precise coordination from the driver. There’s a vagueness in each, right until the point of engagement. It’s not something most drivers will be able to master driving the car for a half hour. The M Coupe is a car you’ll need to get to know before you can really get the most out of it, but such mastery surely comes with a sense of satisfaction, and a deeper bond with the machine in the end. 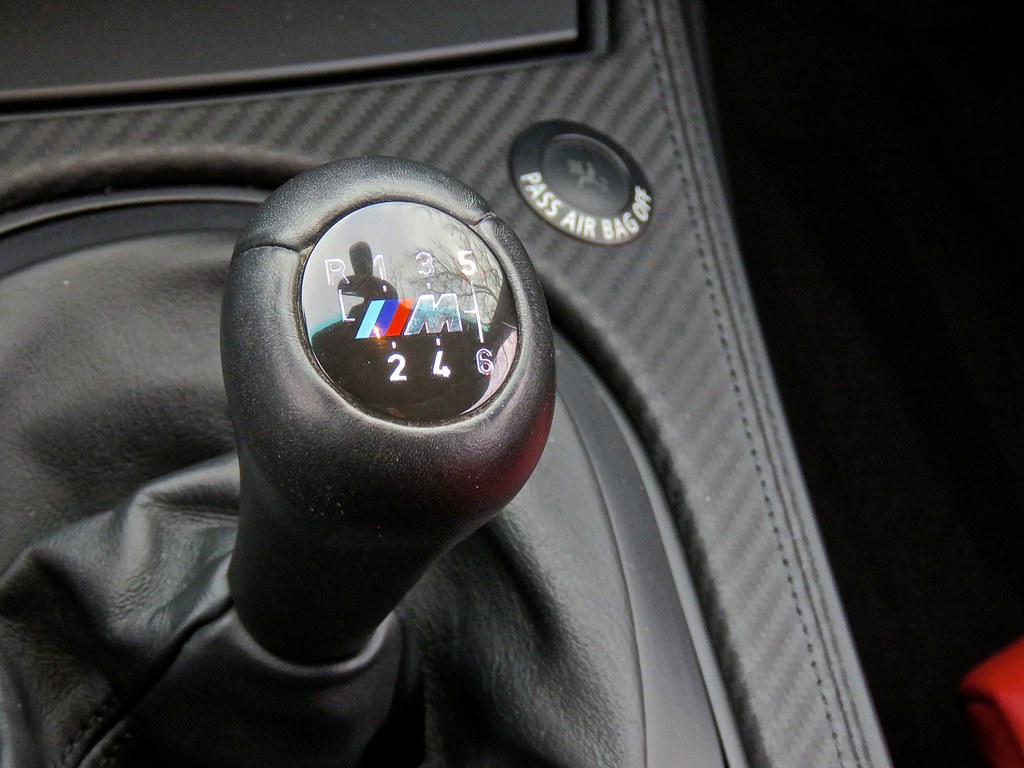 I got my shifts right a few times, and it felt great when I did, but the car requires you to learn it, and it doesn’t do much to help you along the way. By contrast, I find the shifting action in most Porsches to be more immediately natural for the driver. The Bimmer points at the ocean and says “go learn to swim,” whereas the Porsche will show you the strokes in the water.

Under its long hood, the Z4 M Coupe has BMW’s much-loved S54 inline six engine. It makes 330hp and 262 ft/lbs of torque, and it does so with a delicious linear powerband and razor sharp response from the throttle. The S54 also makes a sophisticated, musical sound that constantly reminds you it’s half a V12. It could stand to be louder, in my opinion, but remember this car is totally stock, and you can add an intake and an exhaust if you want to. I sure would.

As you might imagine, the Z4 M Coupe is able to build speed quite rapidly, but even with the throttle pinned and the revs high, it manages to retain its unshakable composure. It’s definitely one of those cars that will routinely surprise you when you look down at the speedometer.

Much of the M Coupe’s dynamic composure comes from its weight, which is relatively heavy for the sort of car that it is. 3,200 lbs isn’t heavy by modern car standards, but it is around 200lbs heavier than a comparable Porsche 911, around 350lbs heavier than a 987 Boxster S, and around 700lbs heavier than my Miata, which I drove home after driving this Bimmer. Other than the BMW’s ultra-solid feel on the road, I didn’t think of it as heavy while behind the wheel. It was only when I threw the Miata through a few corners on my way home that I noticed the relative lack of weight. For better and worse for each car, the contrast helped shed a lot of light on the BMW’s character. 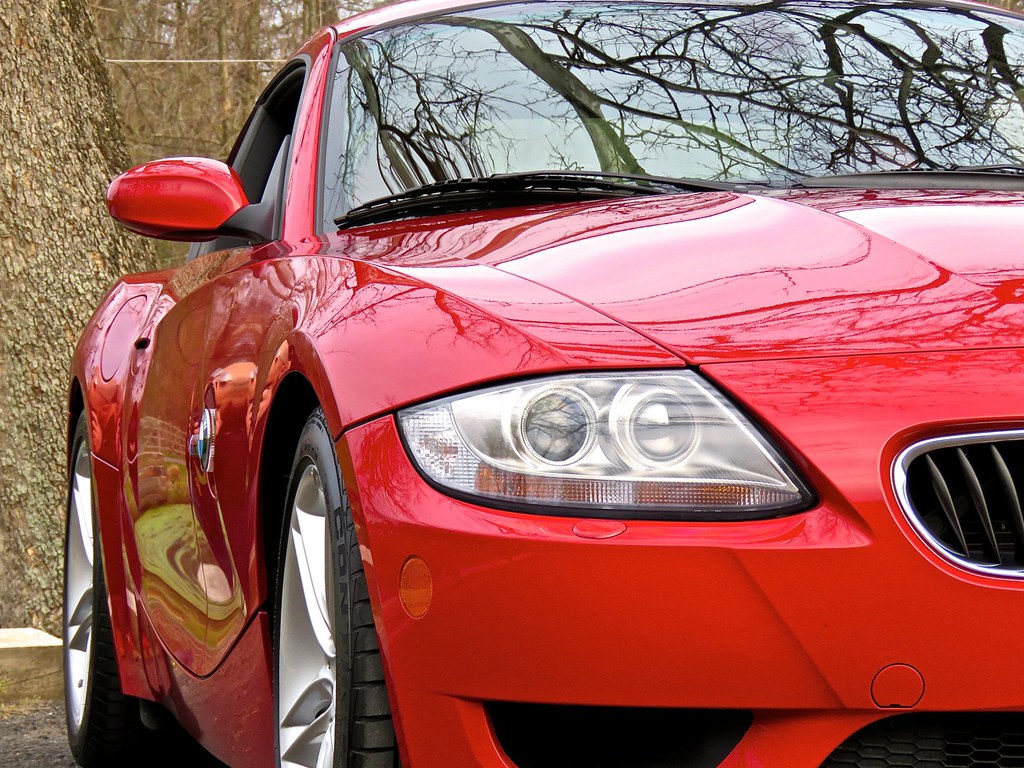 The Z4 M is a phenomenal car, but it’s not really my kind of car.

I think that’s the most direct way to sum up my feeling after driving the M Coupe. Subjective, I know, but it’s the truth. This Bimmer was fun, enjoyable, and maybe just a little frustrating at times. It was surely an engaging and very interesting driving experience, but my personality did not quite jive with that of the car.

The Z4 M Coupe is a car for someone who is much more of a perfectionist than I, someone who takes time to keep up their image, and who likes the idea of being able to handle everything with ease. It’s classy, it’s fast, and it’s not something people see everyday.

Me, I’m not really a buttoned up Brooks Brothers type of guy, and I don’t even believe in the idea of perfection. I’m much more of the Hawaiian shirt type, and business casual with a loose collar is about as dressy as I like to go.

I think my sentiment sheds light on the very best thing about the BMW Z4 M, though. You see, the fact that its personality was so pronounced is something very, very special to have in a car. That means it’s not just a cold machine. It’s something you can get to know and have a real bond with, and just like a person it can rub you the right way or the wrong way.

I “met” this car, and I had the same reaction that I have to excessively-well-put-together people. It may not have resonated with me on a personal level, but it sure wasn’t bland or forgettable. Someone different may drive this car and be totally enamoured with its character, like they’ve just met their new partner in crime.

Let’s remember that art is supposed to evoke a response, but exactly what sort of response is individually subjective. 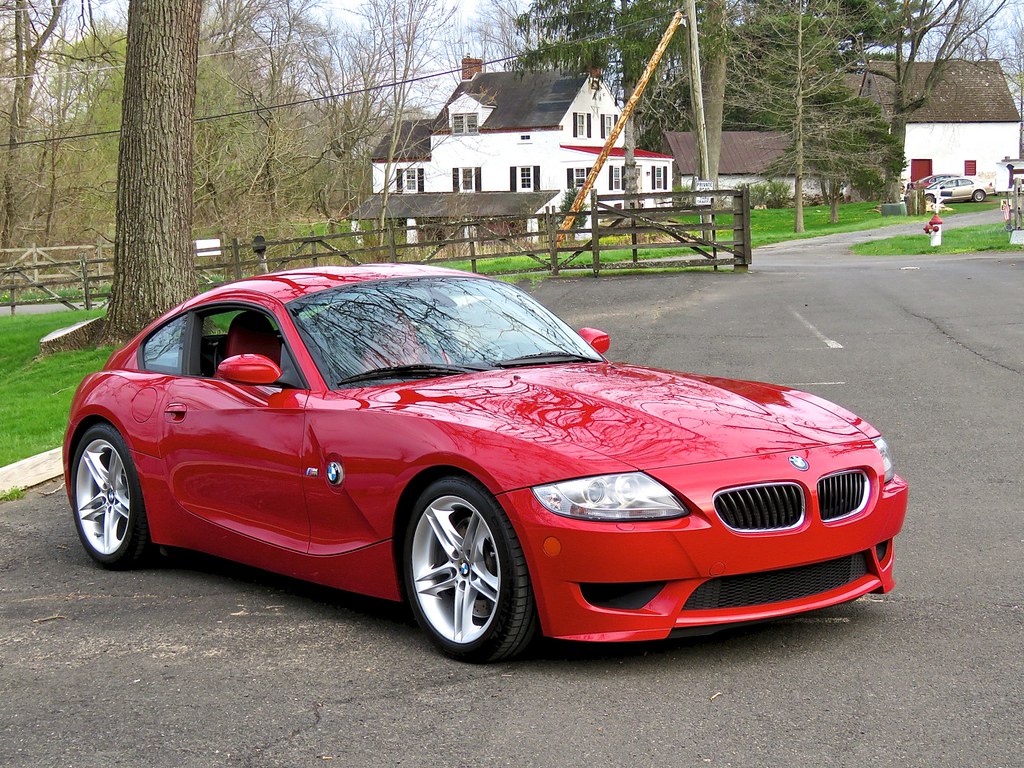 The Z4 M Coupe has a very distinct personality, and it’s definitely worth having a first impression to see how you like it. If it is your thing, you may find that nothing else will do.

It has all of the tangible things that a desireable car needs to have, but most importantly it seals it all with a genuine sense of character. The latter is what makes the Z4 M Coupe “special.”

BMW hasn’t made too many truly “special” cars since this one. The new generation is quite nice, and very well-polished, but also a lot more purposely inoffensive in many respects. None of them have the same organic sense of personality that the Z4 M has, and unfortunately, it doesn’t seem like that will make a return any time soon. In my opinion,the E86 Z4 M Coupe is among the last generation of the golden era of BMW. A time when they were still focused on making the ultimate driving machine, rather than the ultimate status symbol.

This BMW Z4 M Coupe has it all, especially for the asking price. Drivers and collectors alike should be very intrigued.

If you’re interested, reach out to me here, and I can put you in touch with the seller. 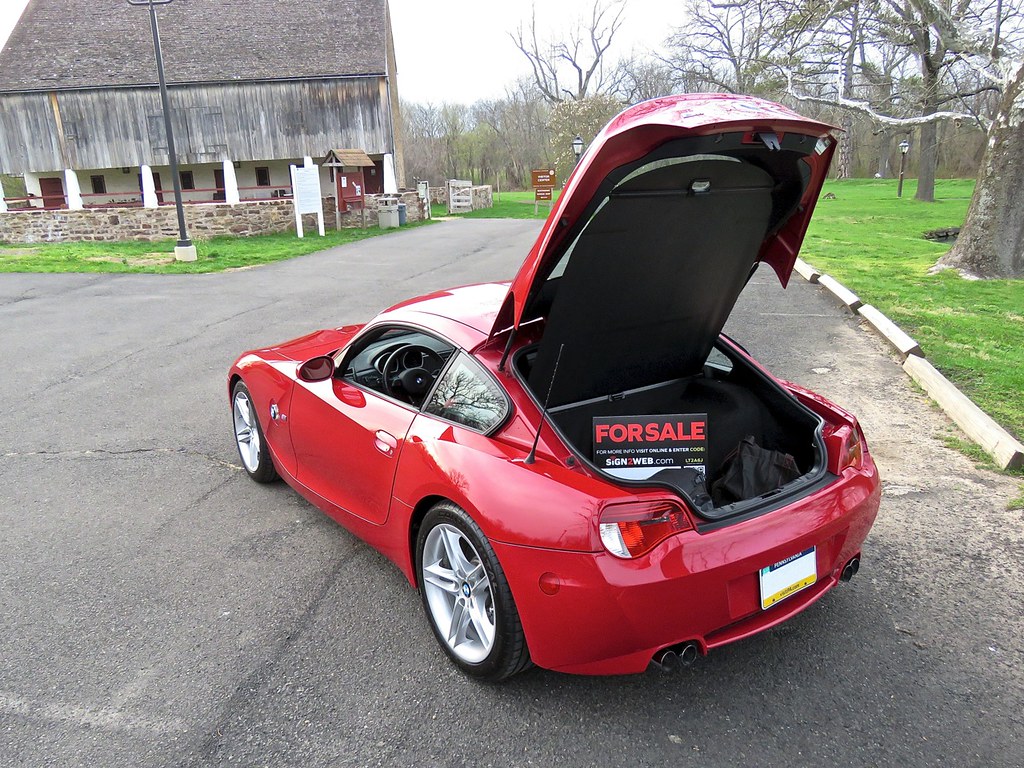