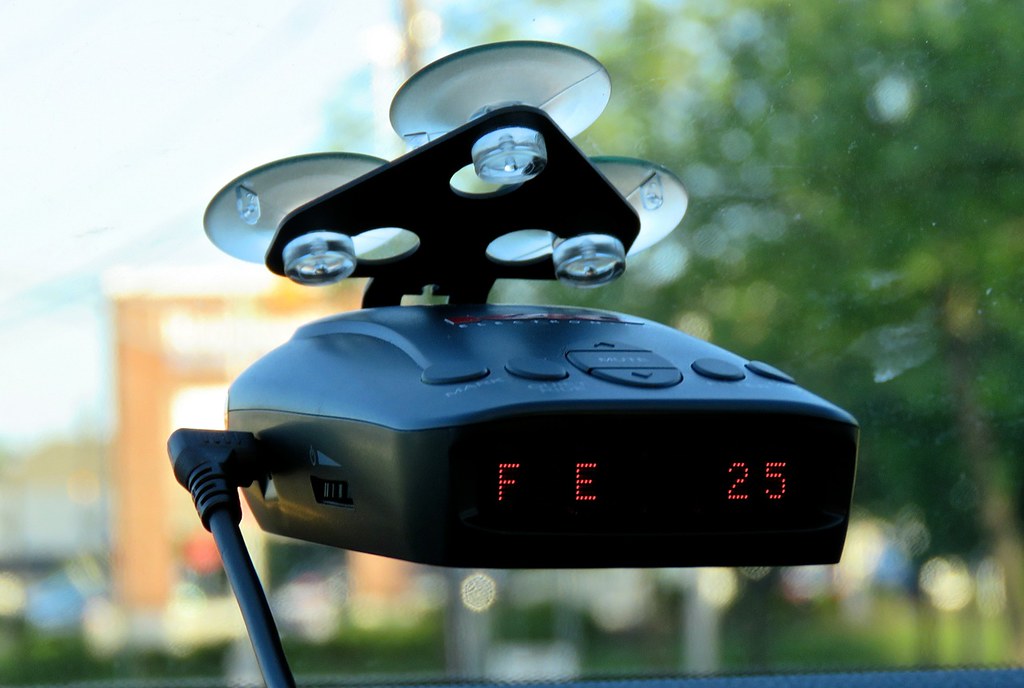 When you’re a performance driving enthusiast, you may find yourself at odds with law enforcement from time to time. As long as there have been speed limits, and cars that are capable of exceeding them, this cat and mouse game has been played between the cops and joyriders. You could say it is an integral part of our way of life.

The way I see it, getting a speeding ticket every so often is just a cost of doing business if you want to drive fast on the road. It is totally impossible to enjoy a sports car within the posted speed limit, so you either have to bend the rules a bit, keep your fast driving 100% to the occasional track day, or give up and find a new hobby. I’m far to passionate about cars to just give up the lifestyle, and unfortunately my ass isn’t tightly wound enough to keep things only to the race track, so yes, I speed on the road, and I accept the risks of doing so.

I think the key to having fast fun out on the road and staying both safe and ticket-free is picking the time and place you speed wisely. Don’t be hooning around in towns, don’t fly past an obvious police hiding spot, and most importantly, don’t put other people at risk. There are plenty of opportunities to go as fast as you want, when the conditions are right and the road is open, so there’s no need to force the issue when it isn’t.

That approach alone will save you from most tickets, but there are those random, out of nowhere, cases where you are surprised by the police at a very inopportune moment. To help guard, you need equipment to detect the police on the prowl where you cannot see.

Enter K40 Electronics, and their world class line of police detection equipment. They sent me their portable RLS2 Radar Detector, and I’ve been using it every day for the last few months, sometimes on spirited drives, but mostly going to and from work. So far it has had me covered in both.

One particular time it definitely saved my wallet was on my way home from work one day. There was a car in the way in my lane on the highway, who wasn’t going nearly as fast as I was trying to, but I was going to have to touch 85-90mph to get around him. The other lane was about to open up and I was ready to spring for the gap, but then my K40 started going off, level 2 then 3. It was just enough to get me to chill, and then I saw where the cop was in my rearview mirror as I passed this on-ramp. He had been sitting up where no passing traffic could ever see, but my K40 managed to pick up his signal, just enough for me to be cautious. He would have had me dead to rights, and I would have had no excuse. That time, my K40 literally did save my ass from a big ticket.

Sure, while there are the occasional big save moments, I think the biggest advantage of having a radar detector, even a more basic portable model like my K40 RLS2, is just to know when the police are around. Simply put, you’ll always be sure to be on your best behavior if you know they’re there.

I had one time where there was a State Trooper about a half mile back from me after I had gotten on the highway. I kept getting a constant level 1 reading from the K40, and the fact that it wasn’t going away told me to be on the lookout. At first, I couldn’t even see the cop in my rearview mirror, he was that far back. As he crept closer, the K40’s reading went up, but I was already just chilling in the middle lane. Gotta love it when they drive around with their radar on, it just makes it easy.

I am loving my K40 so far, and the RLS2 is just right for my needs at this point. I don’t speed to such a massive extent where I’d need their fancy 360 degree built-in detection system, but it’s there for those who do. They have a lot of options, so be sure to check out K40 Electronics.