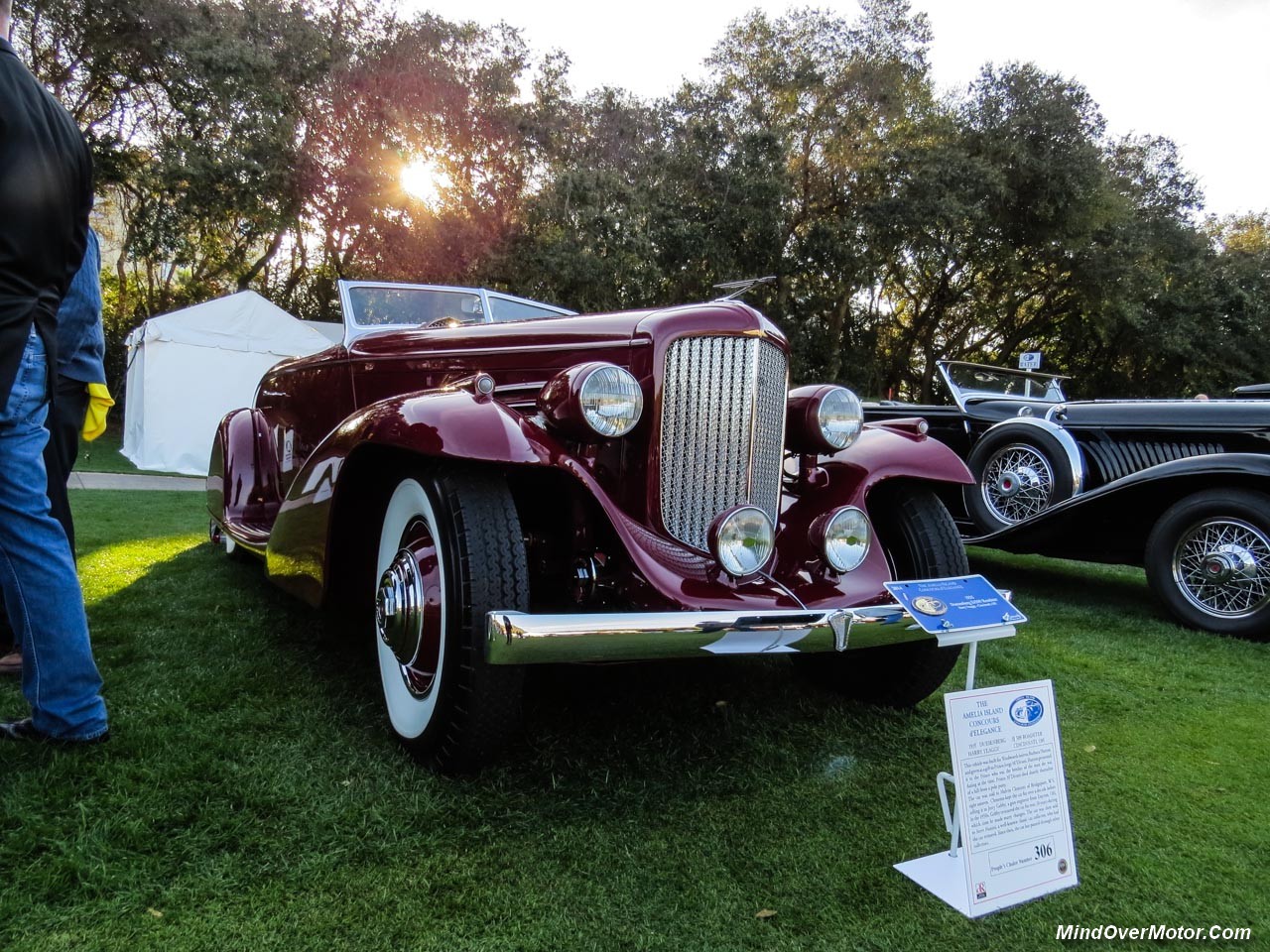 Deusenbergs are an example of a truly bygone era when cars were truly built to order. There is an air of royalty to the history of this particular car, although it’s not just in the styling. Barbara Hutton, heiress to the Woolworth fortune, ordered this SJ, but not for herself. She was married to Alexis Mdivani at the time and actually ordered this car for her brother-in-law, Serge Mdivani. The Mdivani family was the Georgian royal family, which fled their home country after the Soviets indvaded, and indeed married well. Hutton’s generosity was apparent in giving this gorgeous automobile to her brother-in-law, who passed away after a polo accident a short time later. This is one of the most unique Duesenbergs Id have seen in some time and the dark red finish looked great along the golf course amongst its rivals. In fact, this stunning convertible won Best in Class this year. I hope to see more of this car at various Concours events down the road. I doubt I’ll tire of it. Enjoy the photos. END_OF_DOCUMENT_TOKEN_TO_BE_REPLACED 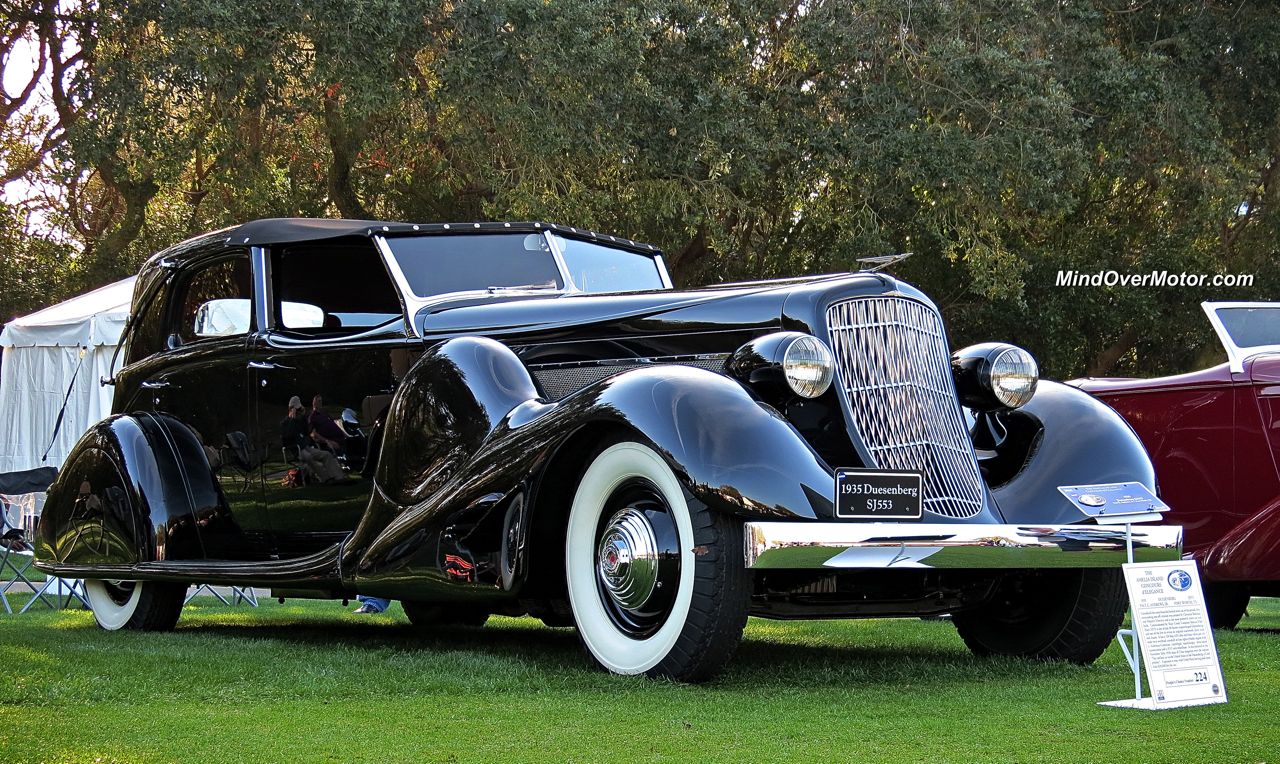 Lifestyles of the rich and the famous indeed. Back in 1935 this one-off Duesenberg SJ553 cost a hefty $20,000 at a time when the average car cost $625 and the average house cost around $3,400. Proportionally, something like this Duesenberg would cost nearly $1 million today, however luxury cars of this magnitude are a thing of the past. The closest thing still around would be a Rolls Royce Phantom, but even that costs about half as much as this Duesie would.

This SJ553 was commissioned by Mars Candy Company heiress, Ethel Mars, and served as the ultimate status symbol of its day. It was even featured in Time Magazine in 1936 being hailed as the costliest car in the United States. Similar to a Bugatti Veyron today, supercharged Duesenbergs were some of the most powerful cars of their era. This SJ553 is one of only 36 factory supercharged Duesenbergs built, with an impressive 320hp being produced by its 420ci (6.9L) dual overhead cam Straight 8 engine.

In addition to its staggering price and performance, the SJ553 was one of the most elegantly styled Duesenbergs around. Its sinister Art Deco bodywork appears to have been draped gently over the underpinnings of its massive frame. The SJ553 was a sight to be seen, even surrounded by other stunning Duesenbergs at the 2014 Amelia Island Concours d’Elegance. Let it serve as a glimpse into the wonders of a bygone era of the automobile.