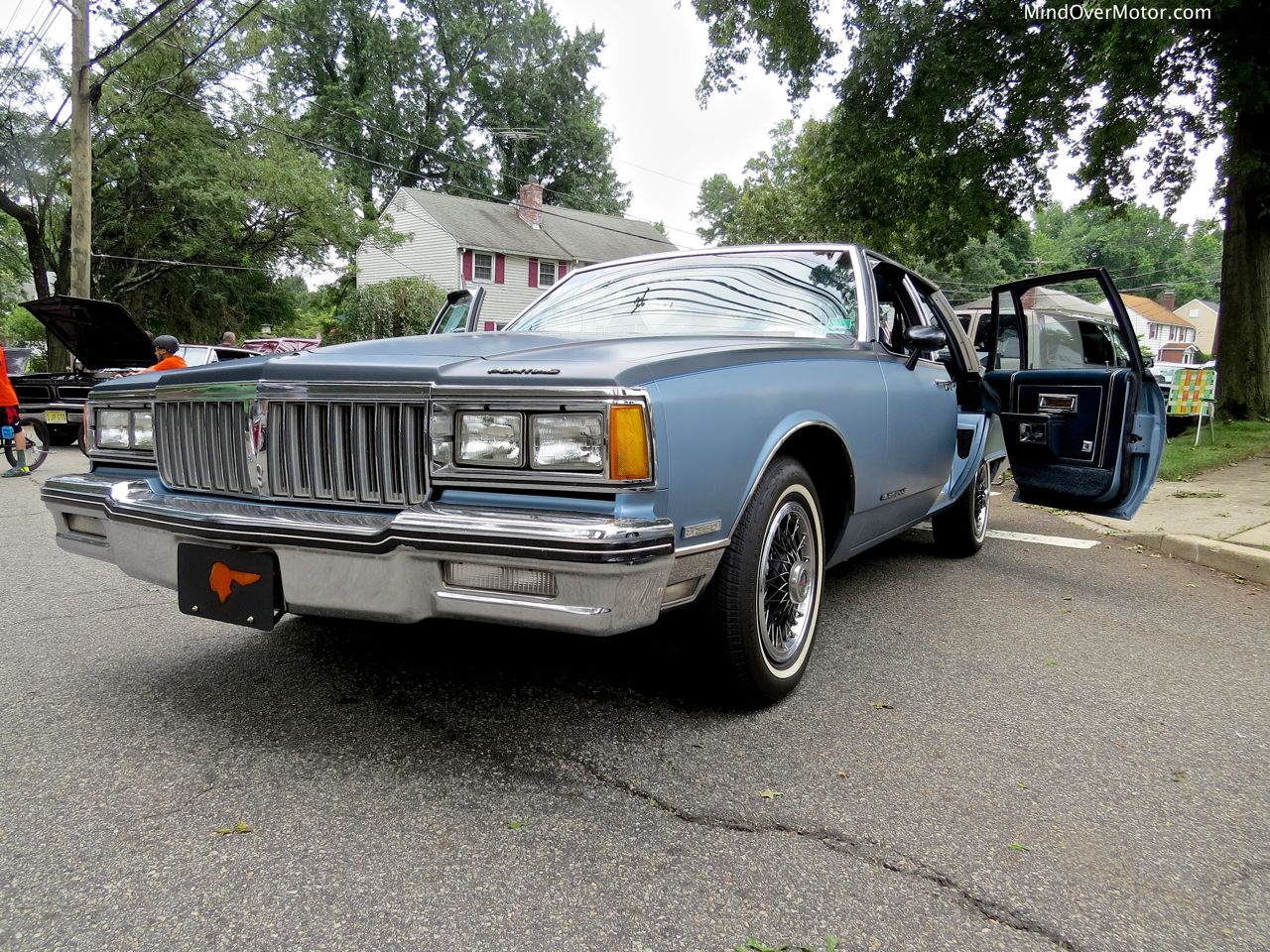 Michael Levy is the sort of guy who thinks differently from the rest of us car guys.  When we zig, he zags.  When we tell him that a mid-Eighties Pontiac isn’t a car we want in a collection, he begs to differ, then goes the extra mile.  This is a 1985 Pontiac Parisienne Brougham, a car from the mid-Eighties automotive toss-up that was General Motors’ full-size cars.  1985 was the final year for Pontiac to sell a big sedan on this platform (from here on out, it was just wagons, and only through 1990).  The Parisienne was pretty much identical in almost every way to the Chevy Caprice of the era, except that it was a Pontiac product.   Michael, however, has other ideas.  He took this Parisienne and made it his own, by making a number of changes.  The badges have been Frenched in (made flush to the bodywork), and the paint, despite being the right colors of the car from the factory, were redone in a matte finish, not metallic like the original.  The interior is still pretty much stock, but the Grey Poupon in the center console indicates that we’re not talking about a normal set of tastes.  Under the skin, he’s added sequential turn signals (a la the current Mustangs), a train horn, and even a shovel and tarp in the trunk–for those of you who owe him money.   It’s currently running a 305, but he did mention plans to put a 350 in it soon.  He’s painted the wire wheel covers to hide the center of the spokes, making a “floating” effect appear between the trim rings and the center caps.  However, the best modification to this Parisienne has to be the suicide doors–this was the one modification that was making everyone do a double-take, including me.  It’s done so well, it looks like the factory should have done it in the first place.  This is no Rolls-Royce, and it’s not a pimpmobile.  It’s a “class-mobile”, and I absolutely love the uniqueness of this car.  I enjoyed seeing this car in River Edge last week, and I’m sure you will all enjoy it as well.  Enjoy the photos.  Great car, Michael! 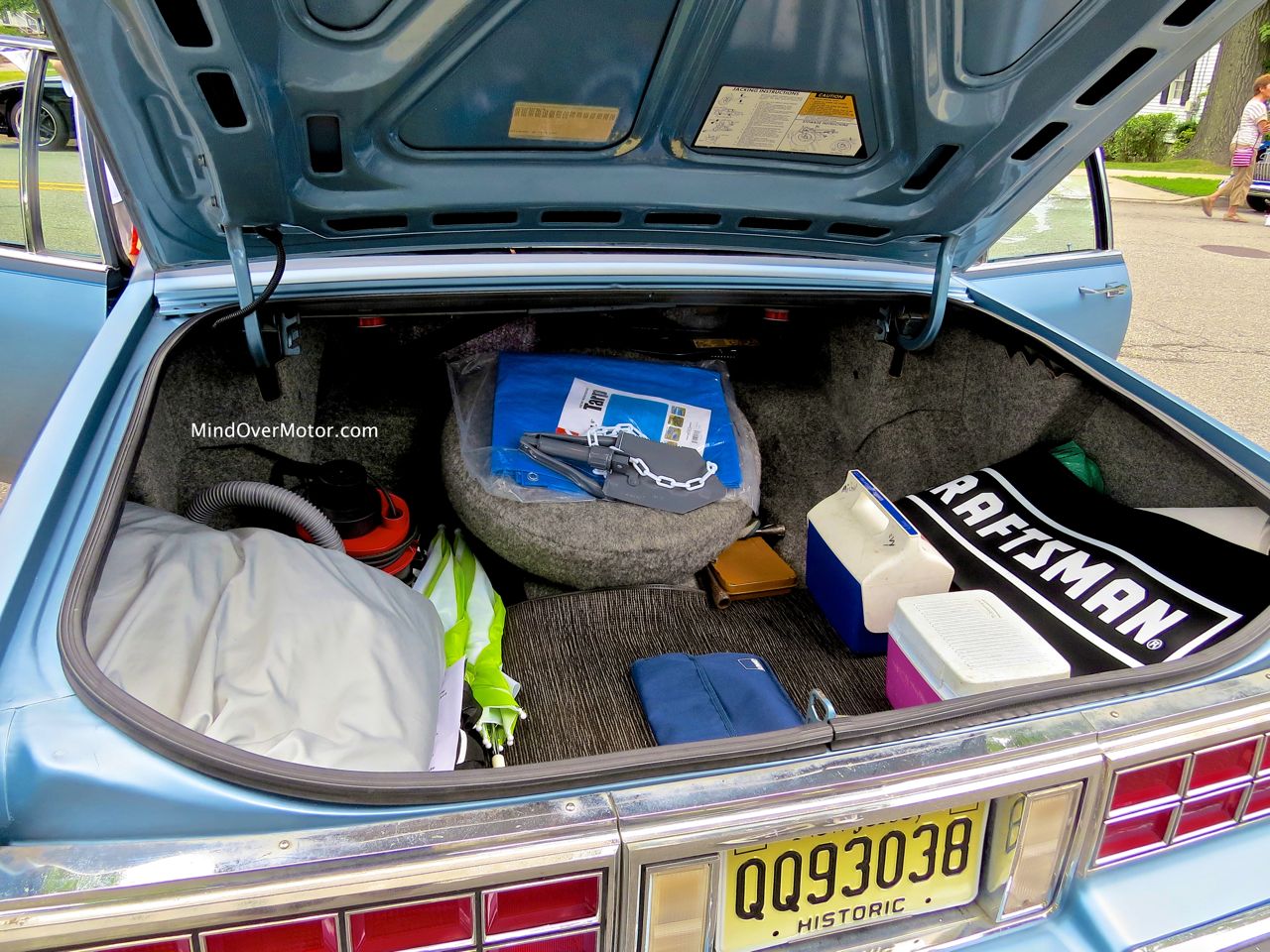 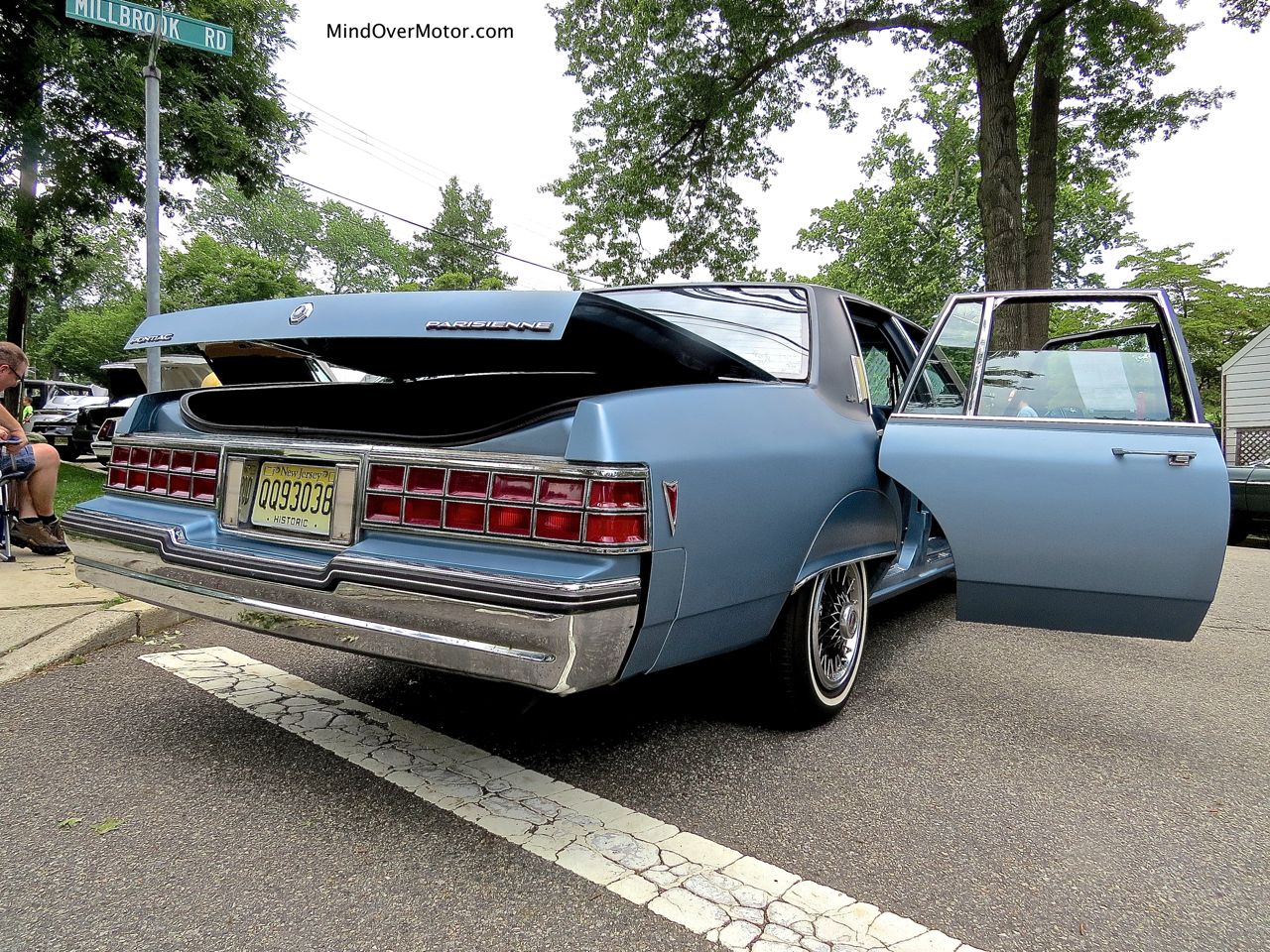 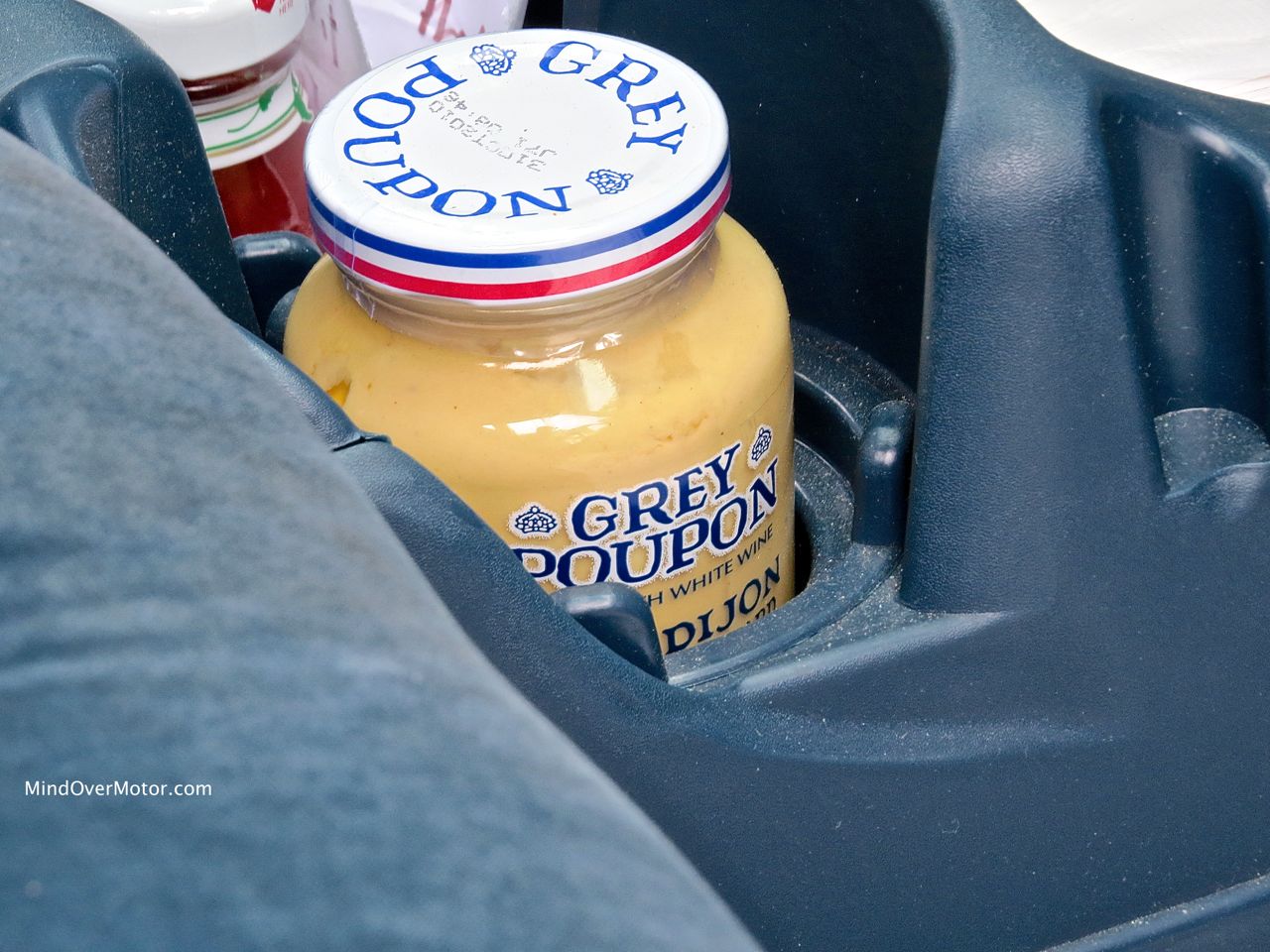 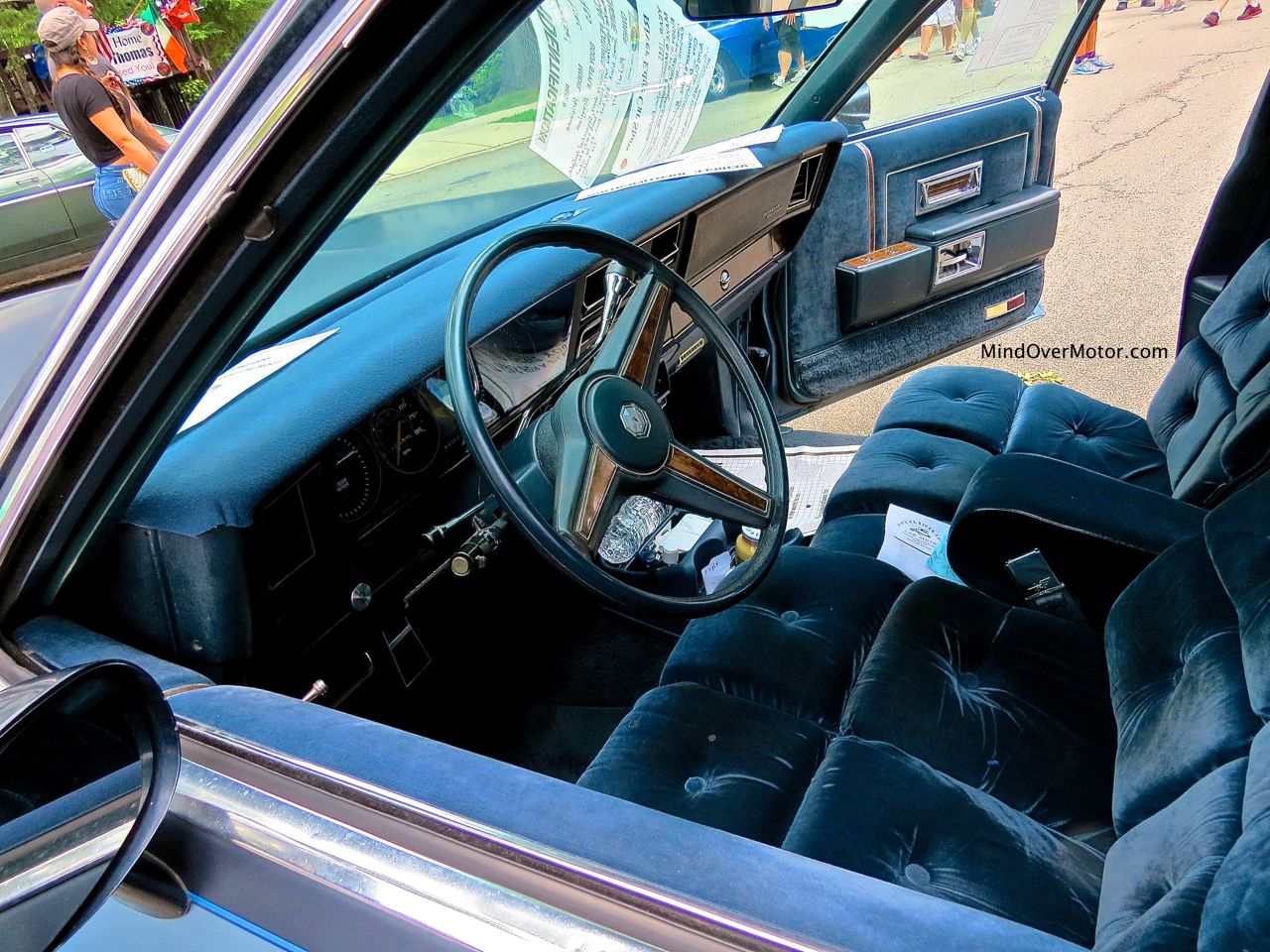 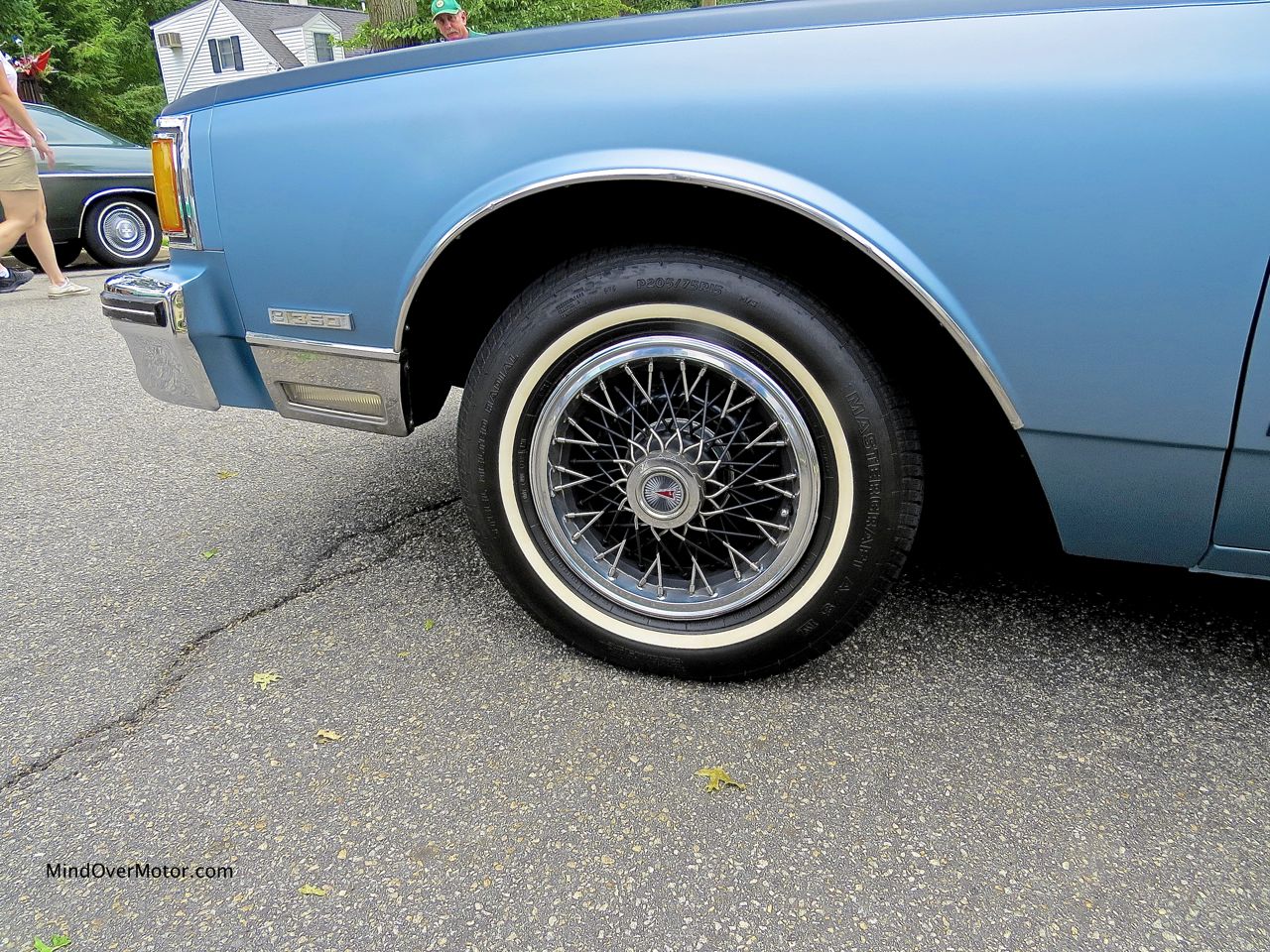 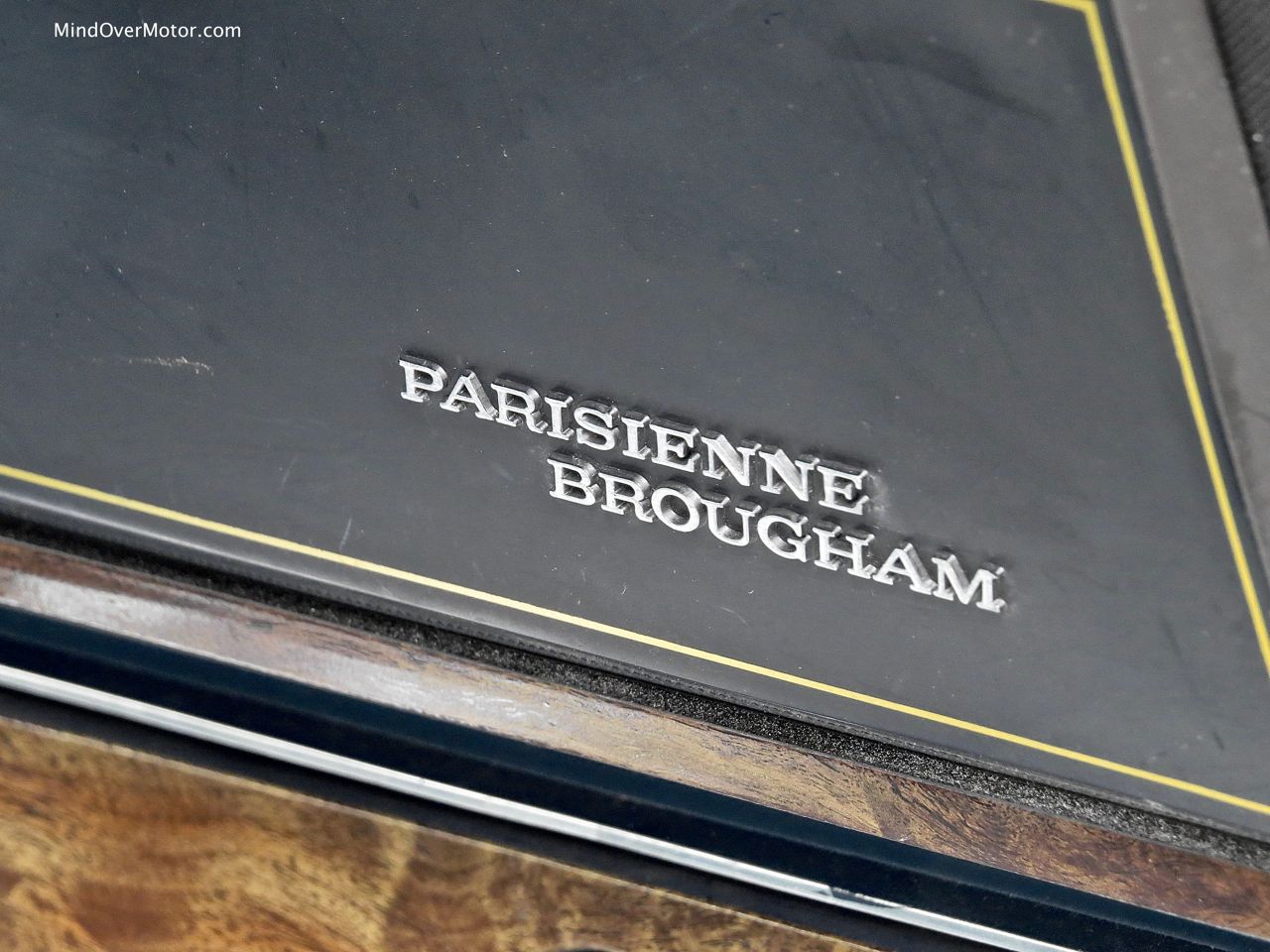 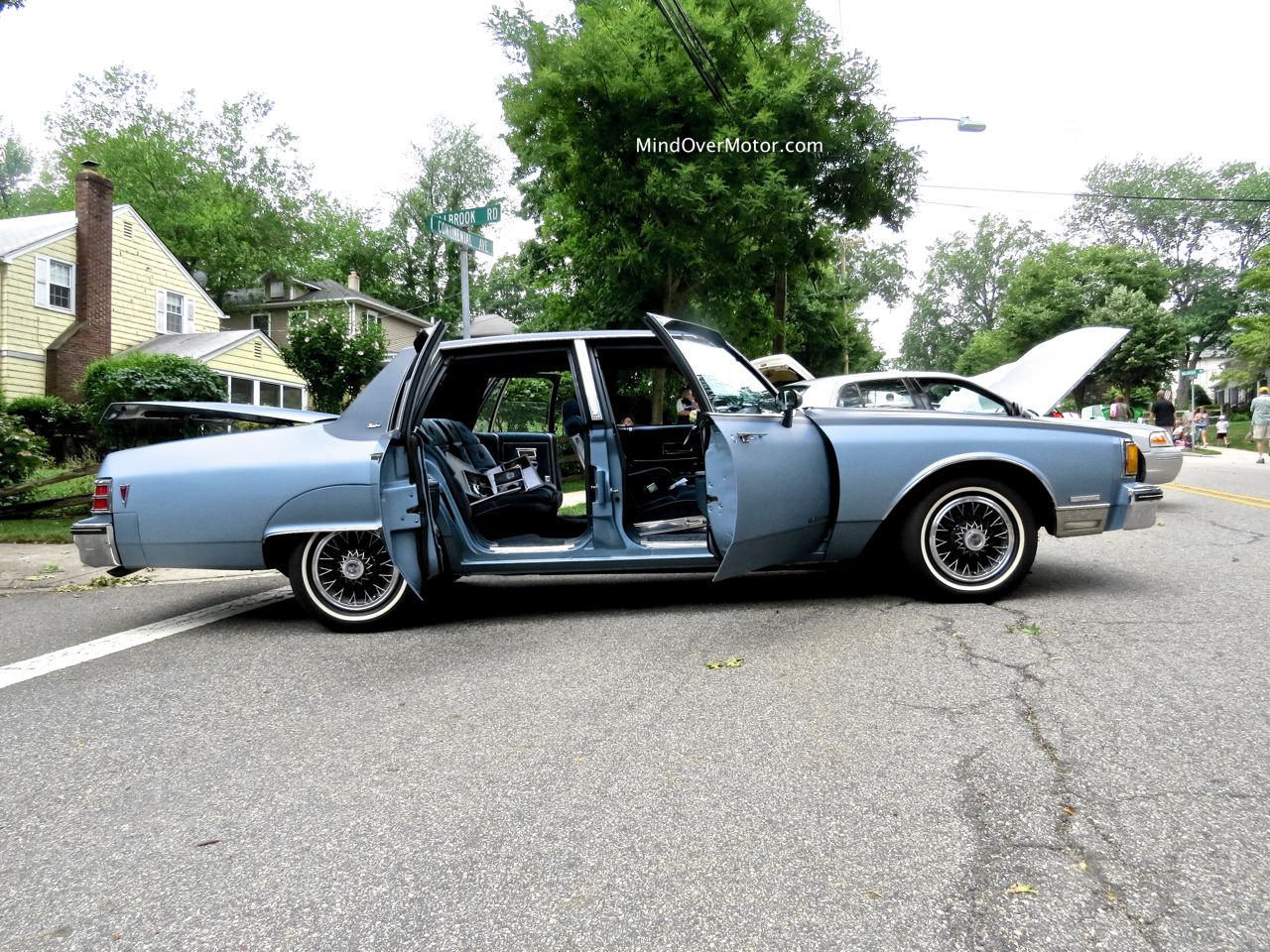