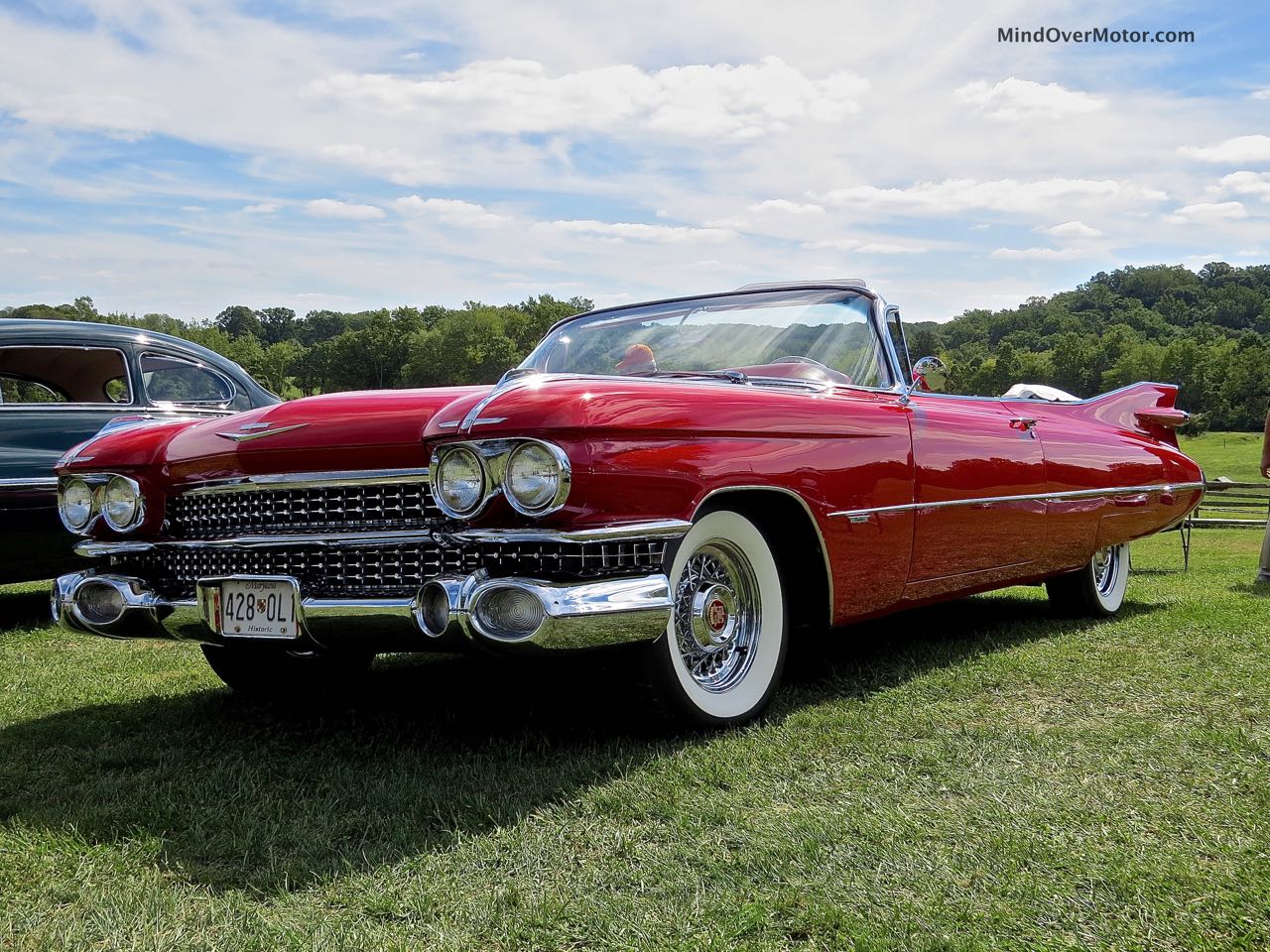 We’ve said this a few times here on Mind Over Motor that the 1959 Cadillac is an incredibly handsome machine, in so many words. Of course, we’re going to say more every time we see one. The convertible might be the best way to show off the ’59’s enormous features, such as the too-tall tailfins, ostentatious chrome, and sharp (both to the eye and to the skin) taillights. The Series 62, unlike the Eldorado Seville we featured a few months ago from Greenwich, is the base series of the Cadillac lineup for 1959 and continued in that role until 1965. This car has the tallest tailfins ever made, coupled with the perfect body style, a noticeable color combination, and a set of gorgeous wire wheels to go with the look. In 1959, no other car would do for an executive that wanted to buy American and get noticed at all times. A red Series 62 Convertible is not a car for those with low self-esteem, and that’s perfect for standing out at a Concours event. Enjoy the photos. 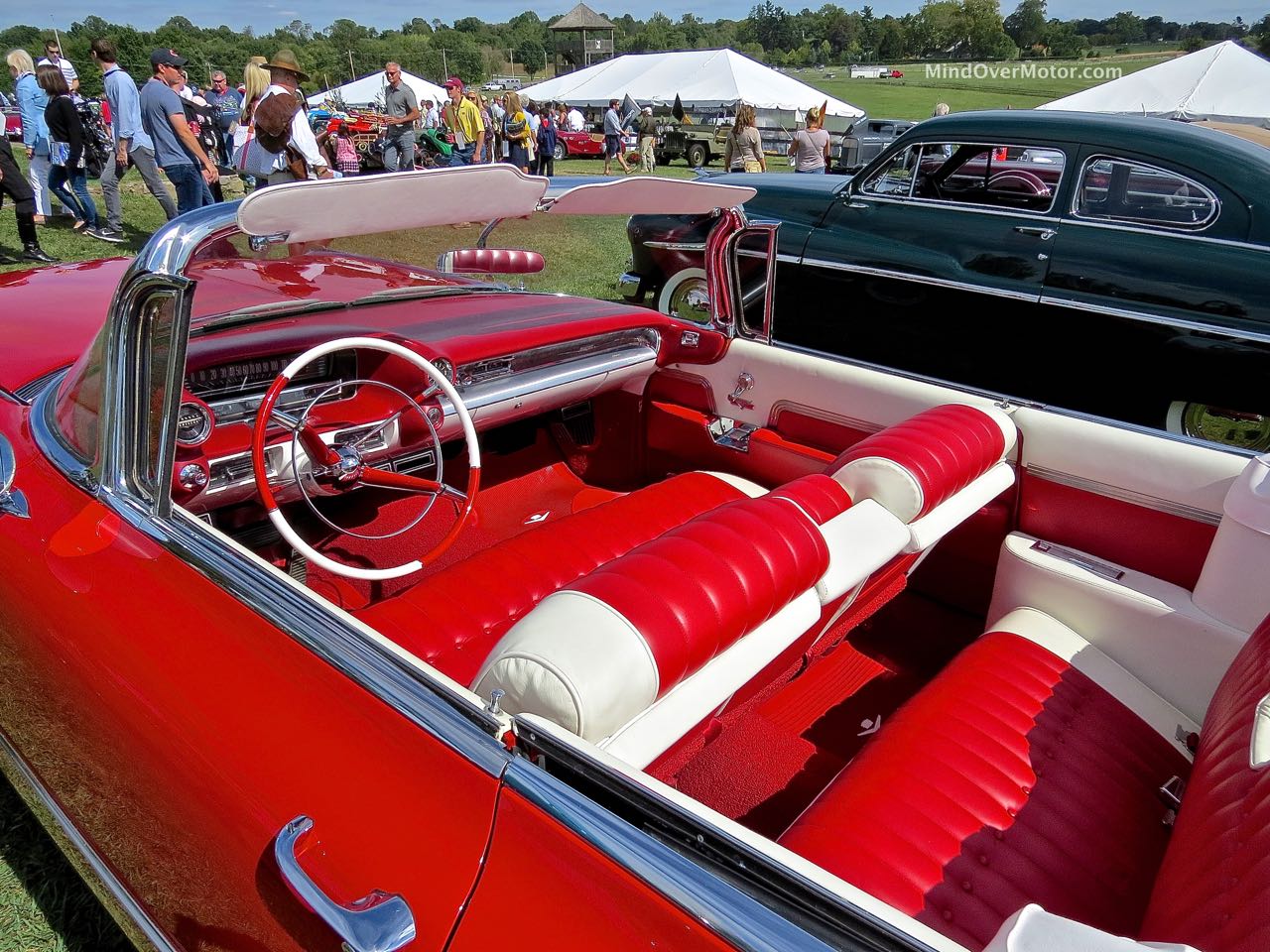 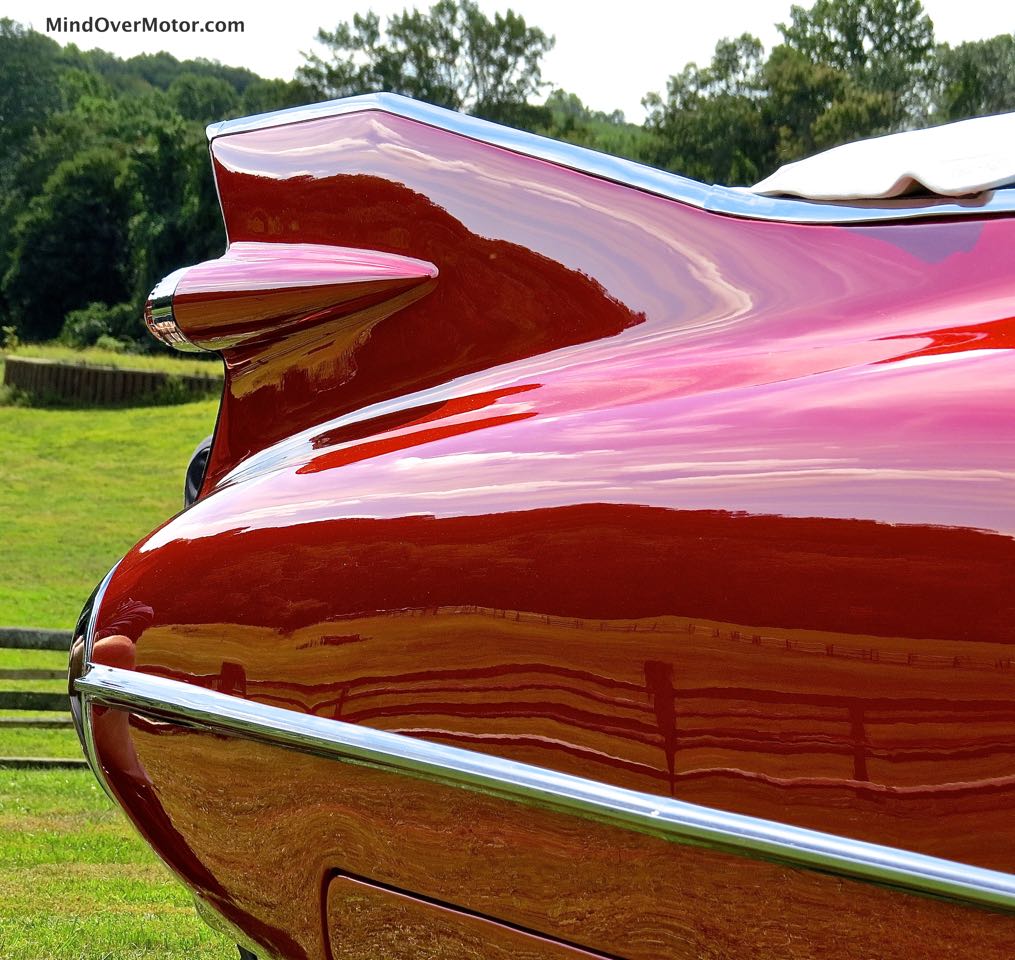 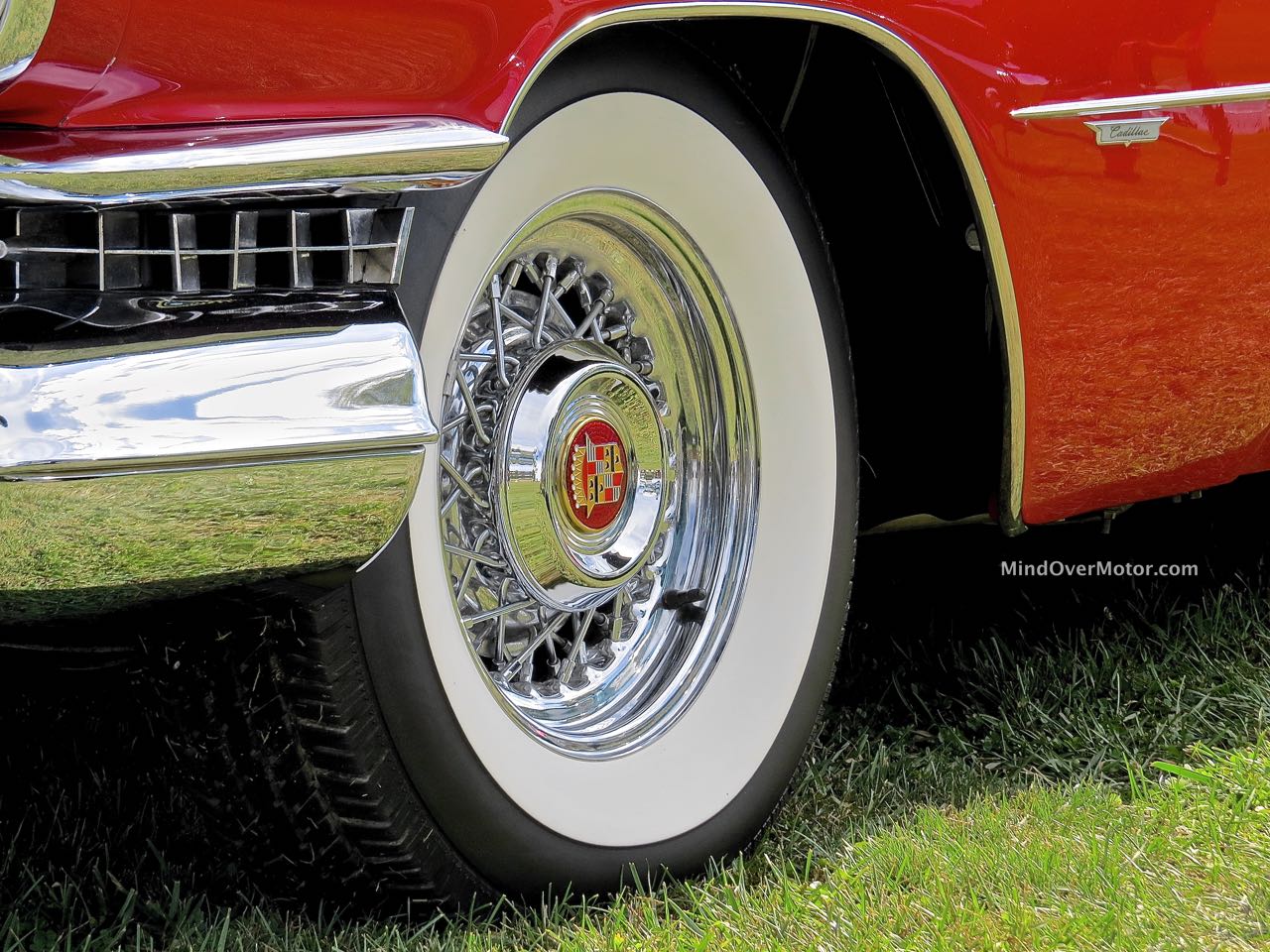 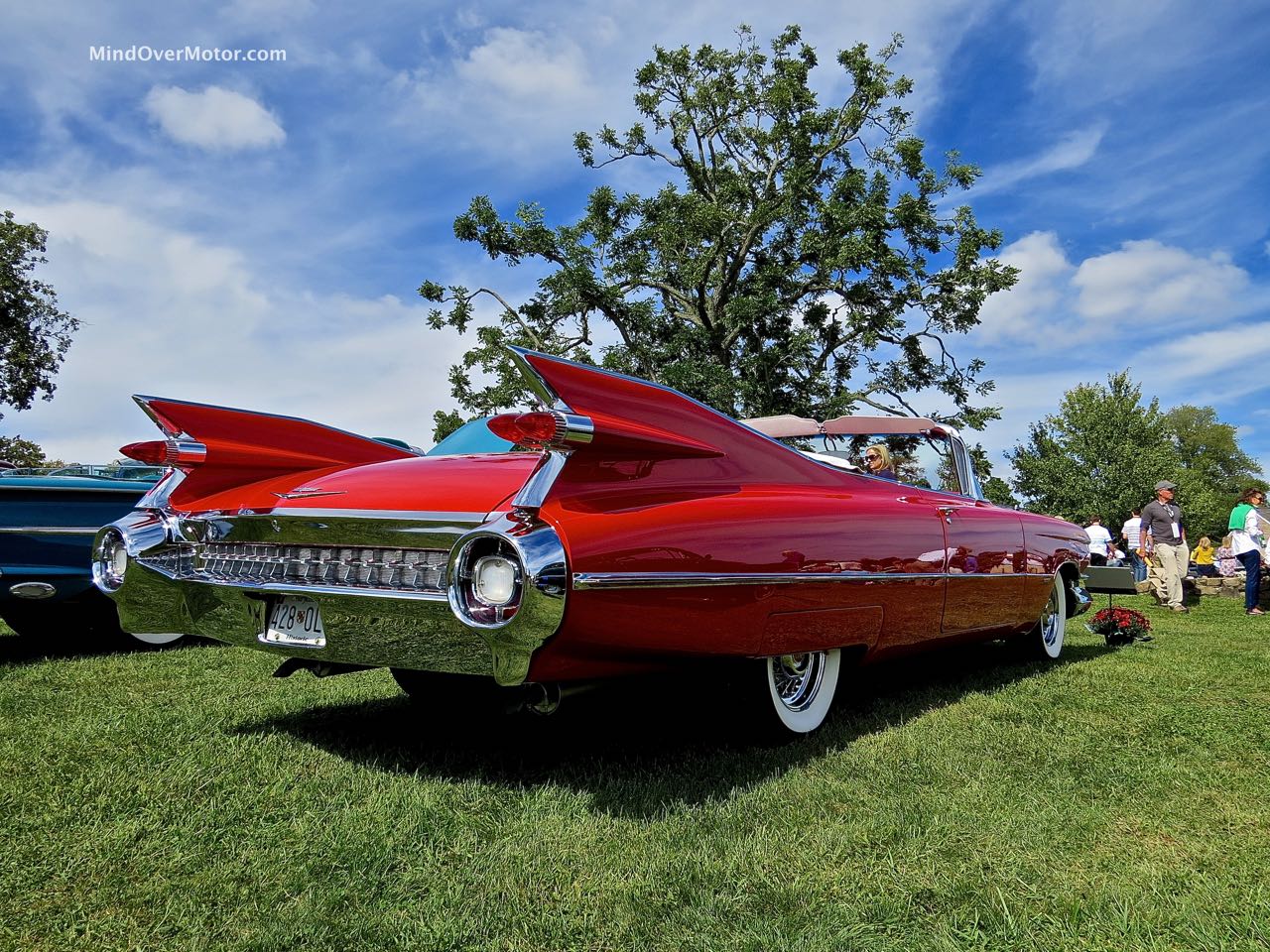 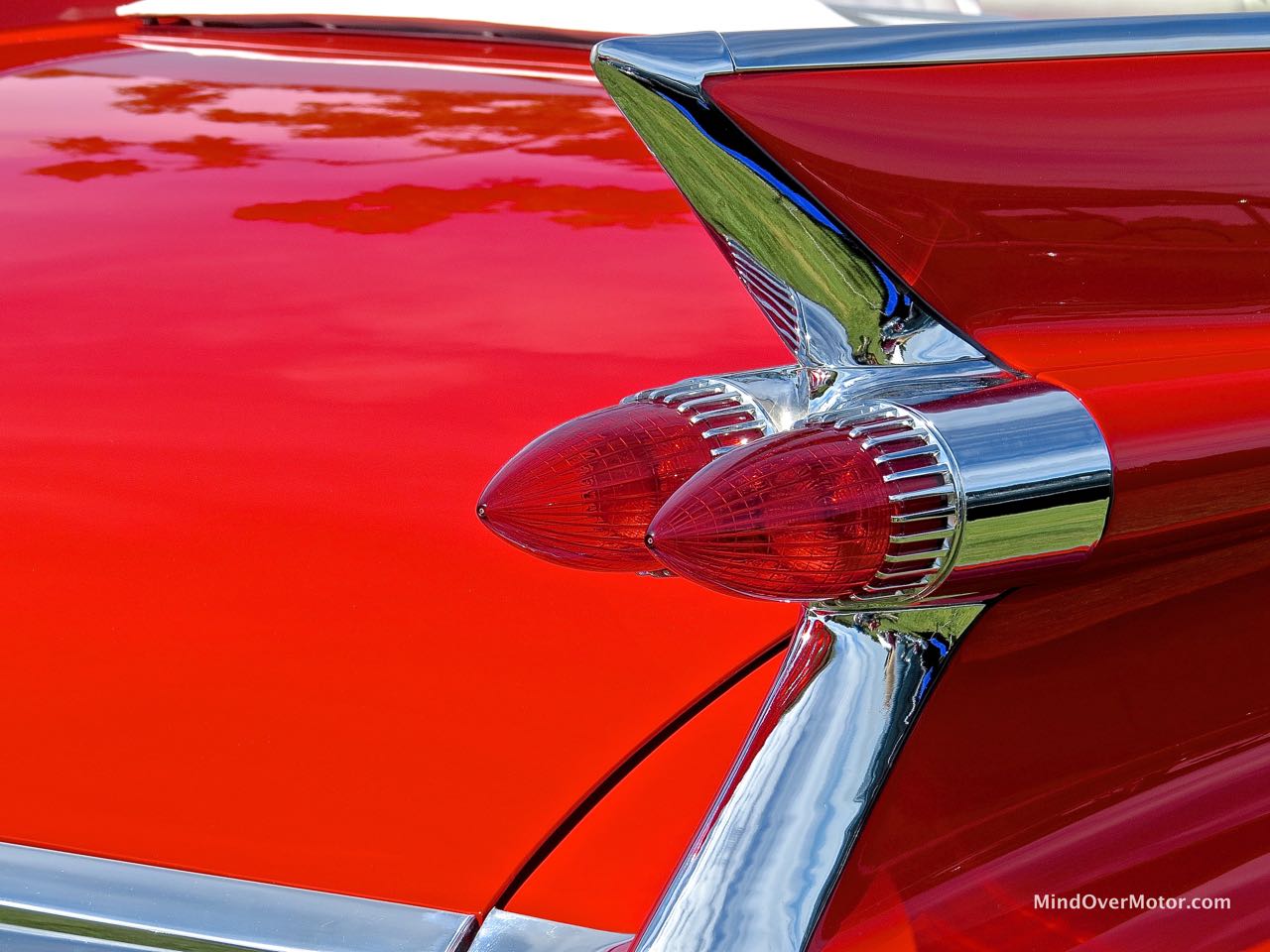