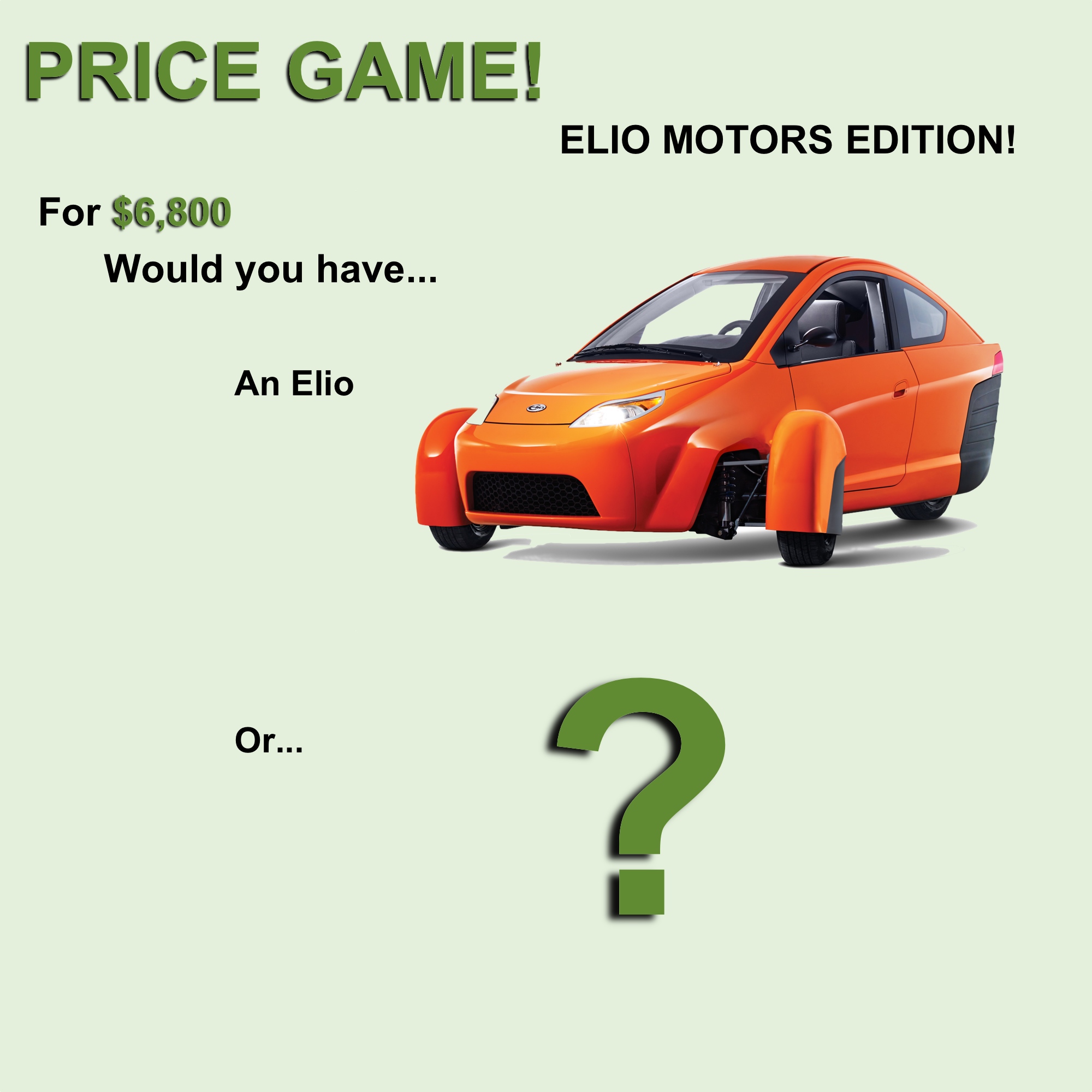 Our article on Elio Motors has been getting some decent buzz, and it’s inspired me to do a special, Elio Motors edition price game.

This is just for fun, but it’s also meant to illustrate the reality of the Elio’s $6,800 price. There are no other brand new cars even close to that range, and there sure as hell isn’t anything that will touch 80 MPG.

But with all that said, pretend you have $6,800 ready to spend. Do you buy yourself an Elio? Or do you scour the used car classifieds and find something a little faster or more practical?

See our picks below, and share yours in the comments… 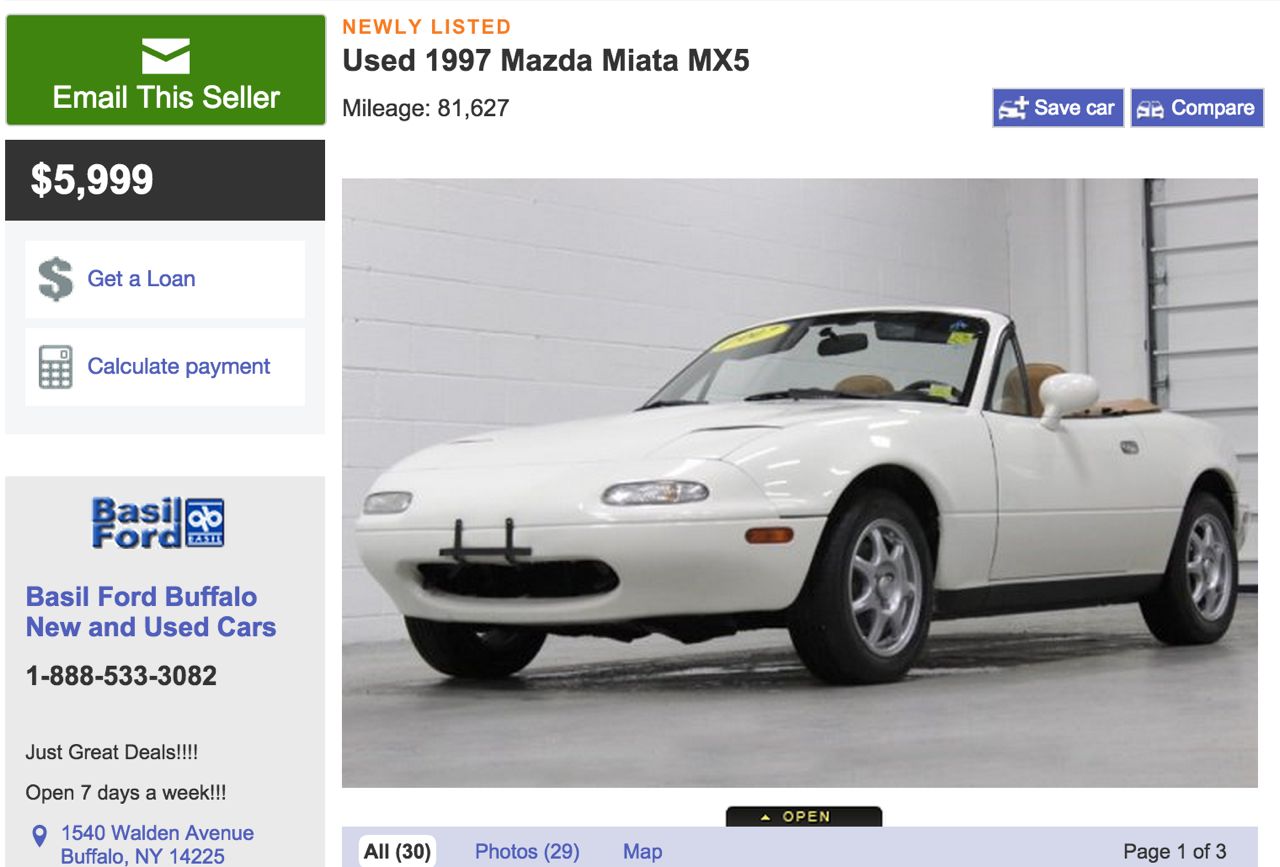 Aside from this being one of the cleanest NA 1.8L Miatas I’ve ever seen, I have a larger point to make with my choice. You see, an Elio gets far better fuel economy than this Miata (80 MPG vs. 30 MPG), but practicality wise, they are almost identical with seating for two and a small trunk. Also, while I do hope the Elio will be fun to drive, there is no way in hell that it will be as much fun as a Miata… there is a big difference between “fun to drive” and being an actual sports car. The Miata offers RWD handling dynamics to the Elio’s front-drive / single rear wheel dynamics. But the biggest thing the Miata has over the Elio, in terms of fun, is its ability to lose its roof.

Look, there are many scenarios where I may buy an Elio for myself, but I may already need to own a Miata and a third really fast/practical car (CTS-V Wagon?). For a $6,800 second car, an Elio is a pretty tough sell against a Miata for an enthusiast, like myself. In addition to being more fun, the Miata has a proven record for flawless reliability. There are also parts everywhere in junkyards if you do need to fix/replace anything. Honestly, if you’re able to do a lot of the work yourself, an old Miata may well be cheaper to own than an Elio will be. You also don’t need to spend anywhere near $6,000 to get a really good Miata, so you can even have a decent financial head start over the Elio.

Al’s Choice: Because small engines are for communists! 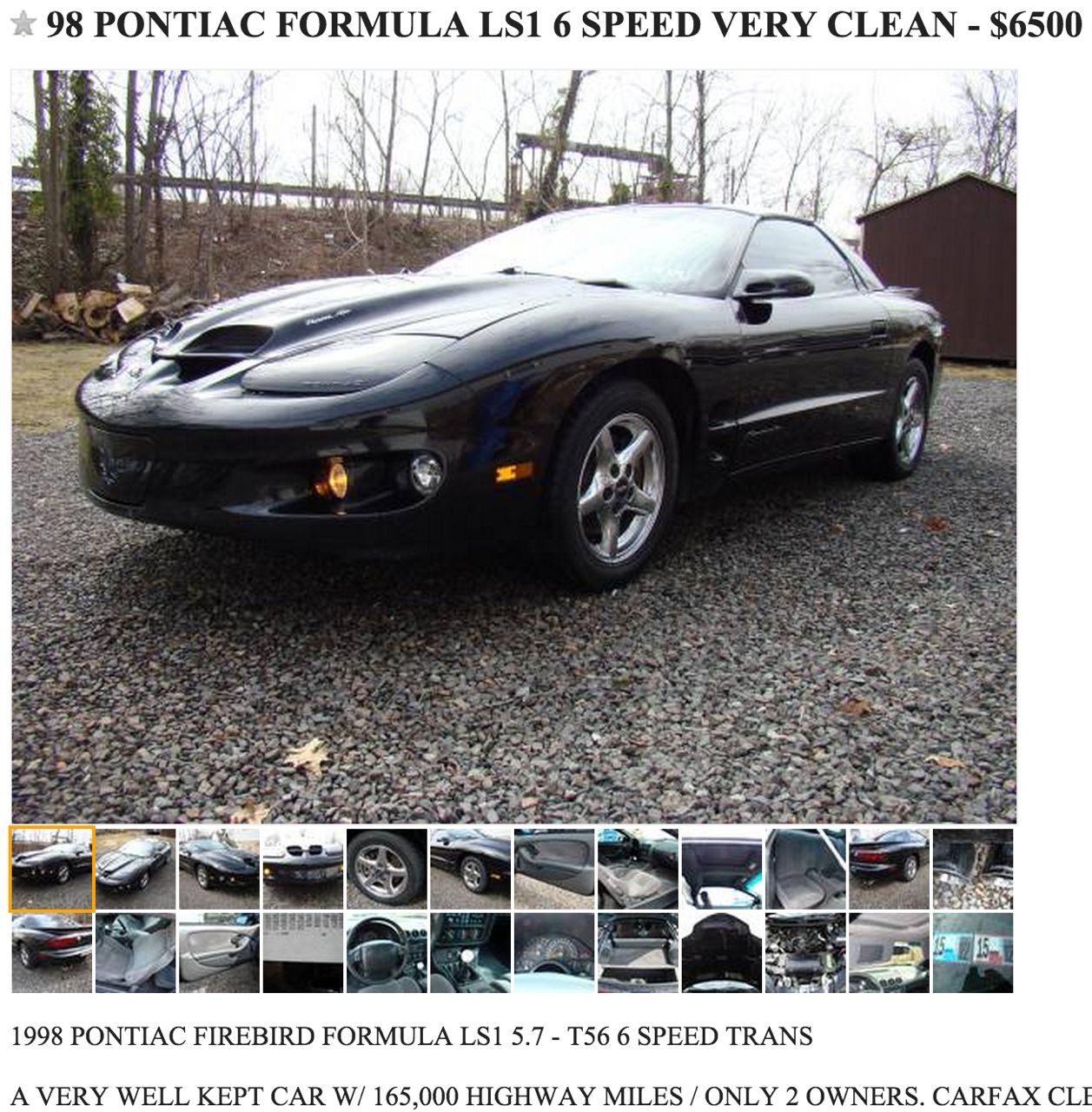 So there you all have it. The Elio is in a class of its own amongst new cars, but it has some very stiff competition in the used market, especially for enthusiast buyers. We aren’t saying that most buyers should buy a 17 year old sports car over a brand new Elio — they aren’t the same thing at all, especially Al’s pick — but this is all stuff potential buyers should consider.

As for me, I do still see myself in an Elio at some point if they are able to deliver on what they’re promising. It’ll look great next to my Miata…