This hooptie-looking Volvo belongs to my buddy, Matt. He calls it his Frankestien Volvo, and it’s a sort of “Hillbilly Hot Rod.” With approaching a build like that, it’s hard to go wrong.

You see, perception is largely based on our expectations. If you expect a car to be flawless, then any scratch, any imperfection can ruin it. But if you go in expecting a car to be ghetto as hell, then that leaves you open to be pleasantly surprised by any redeeming qualities. 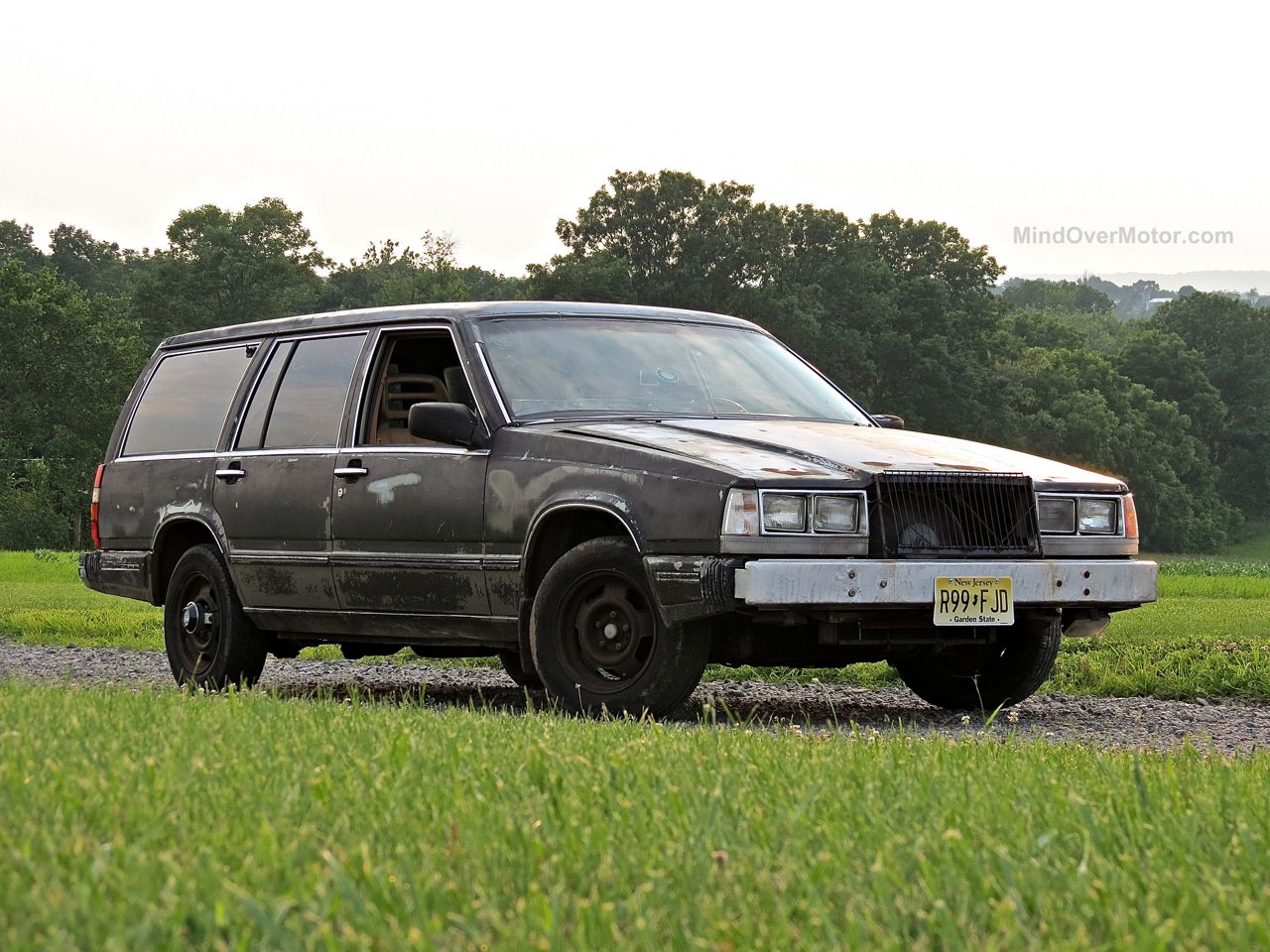 Matt’s Volvo is clearly a car who’s hair has been let down for the duration.There’s no room for high and mighty expectations to come along for the ride because the back seat has been thrown out. The interior is largely bare, with lots of open metal and wiring. The front seats are the stock volvo pieces, which are comfortable, but a little loose on their mounts. Oh, and there weren’t any seat belts either…

Maybe I was stupid for taking this deathtrap of a car out for a spin… surely from a mother’s perspective I was. But the character of the car, built by Matt (who is a mechanic, among other things), is that of care-free living, and it sort of captivated me in that moment. If it were a Nissan 350Z without seatbelts, I would’ve declined the drive… but not this. 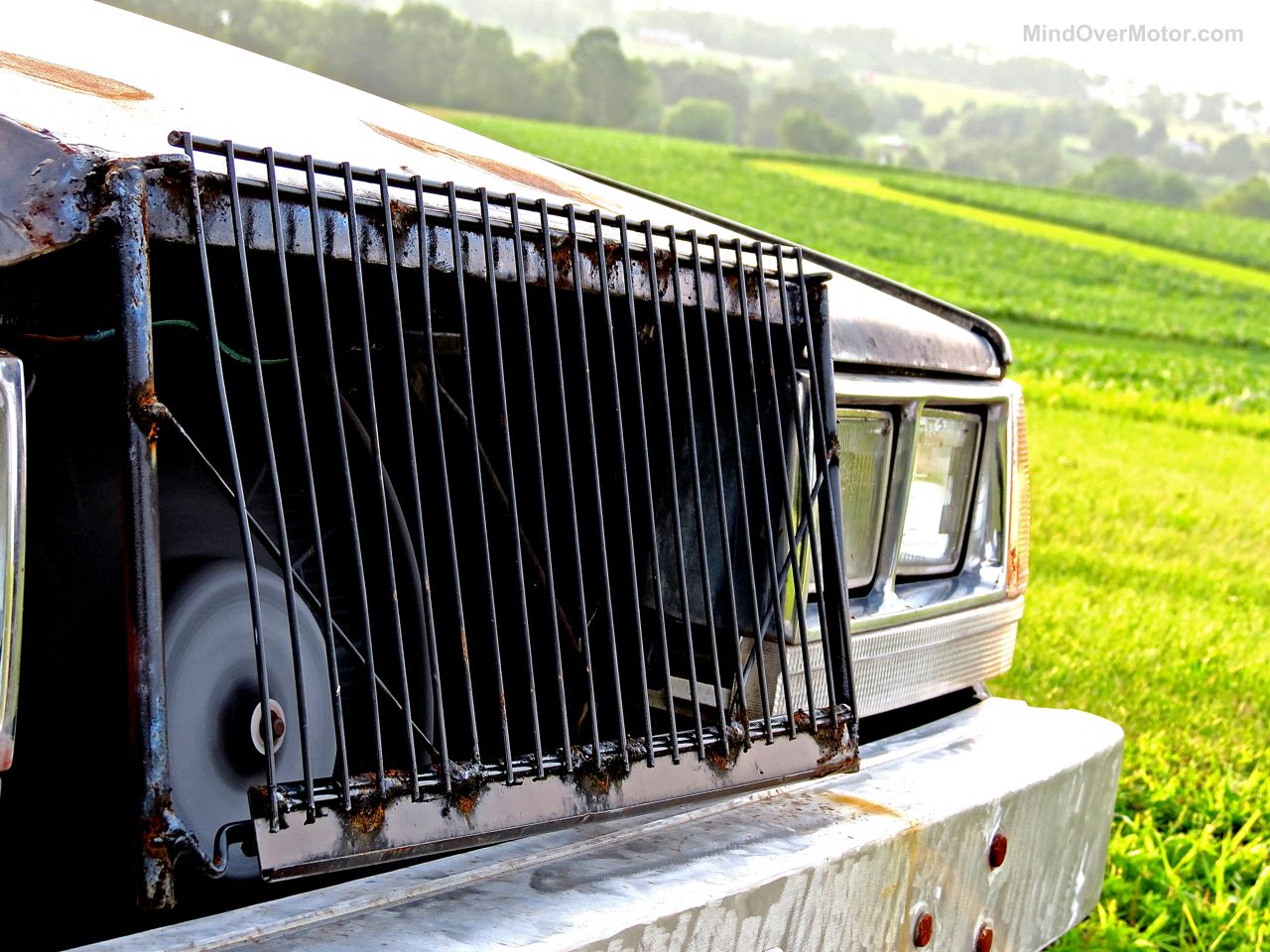 So what’s the story with this car?

Well, Matt got it out of some guy’s yard, and then spent some months building it in his driveway.

Under the hood is a Ford 302 V8, meant for a boat. It’s got lots of progressive pull to it, and around 250hp by my butt dyno. Power goes through an abrupt-shifting 5 speed automatic to the rear wheels.

The whole car didn’t feel nearly as slushy as I had originally thought it would. Handling was pretty well balanced once you got the car leaned in, and the steering was responsive with some nice road feel. The upgraded brakes also matched the car’s pace quite well. 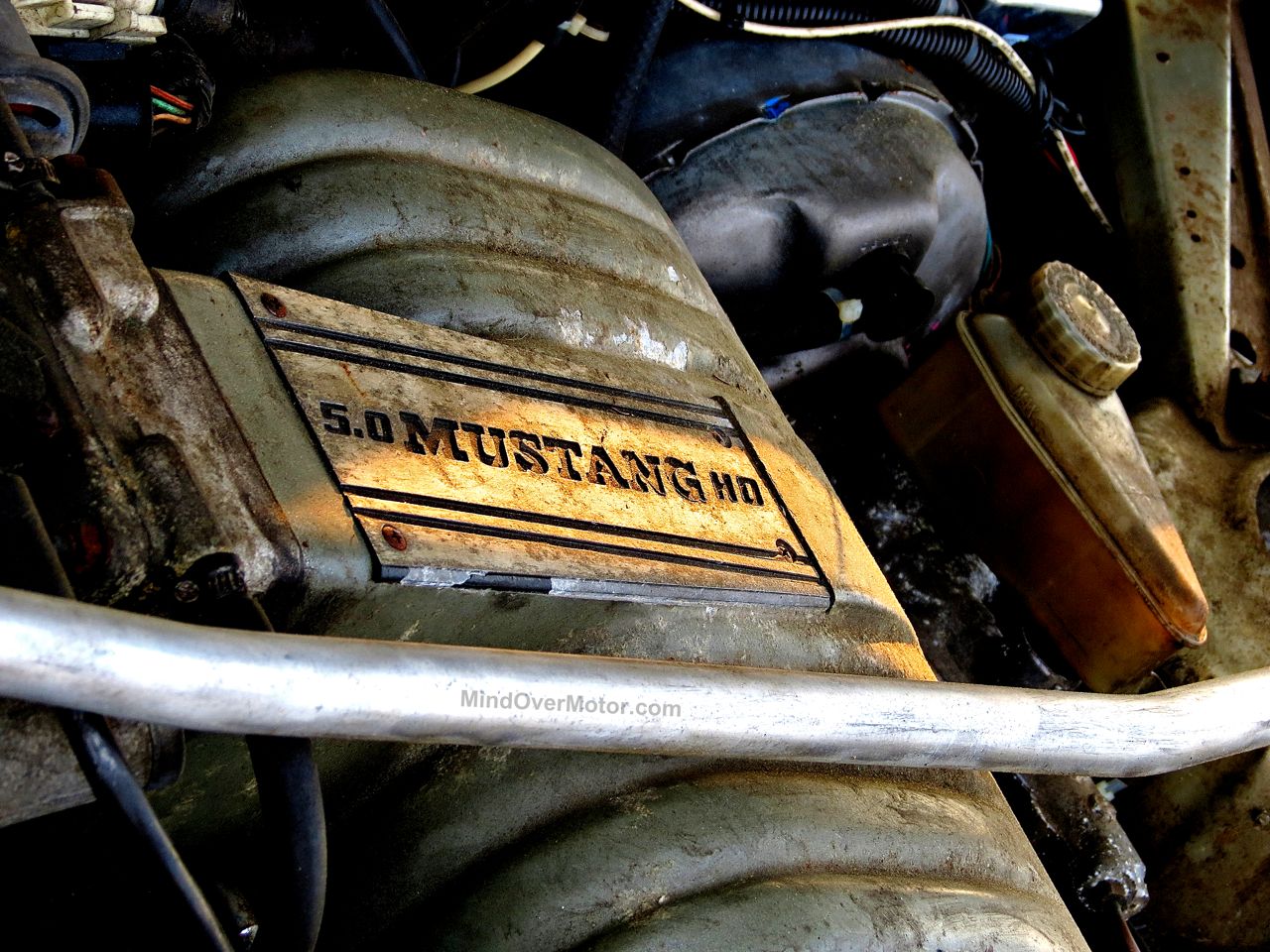 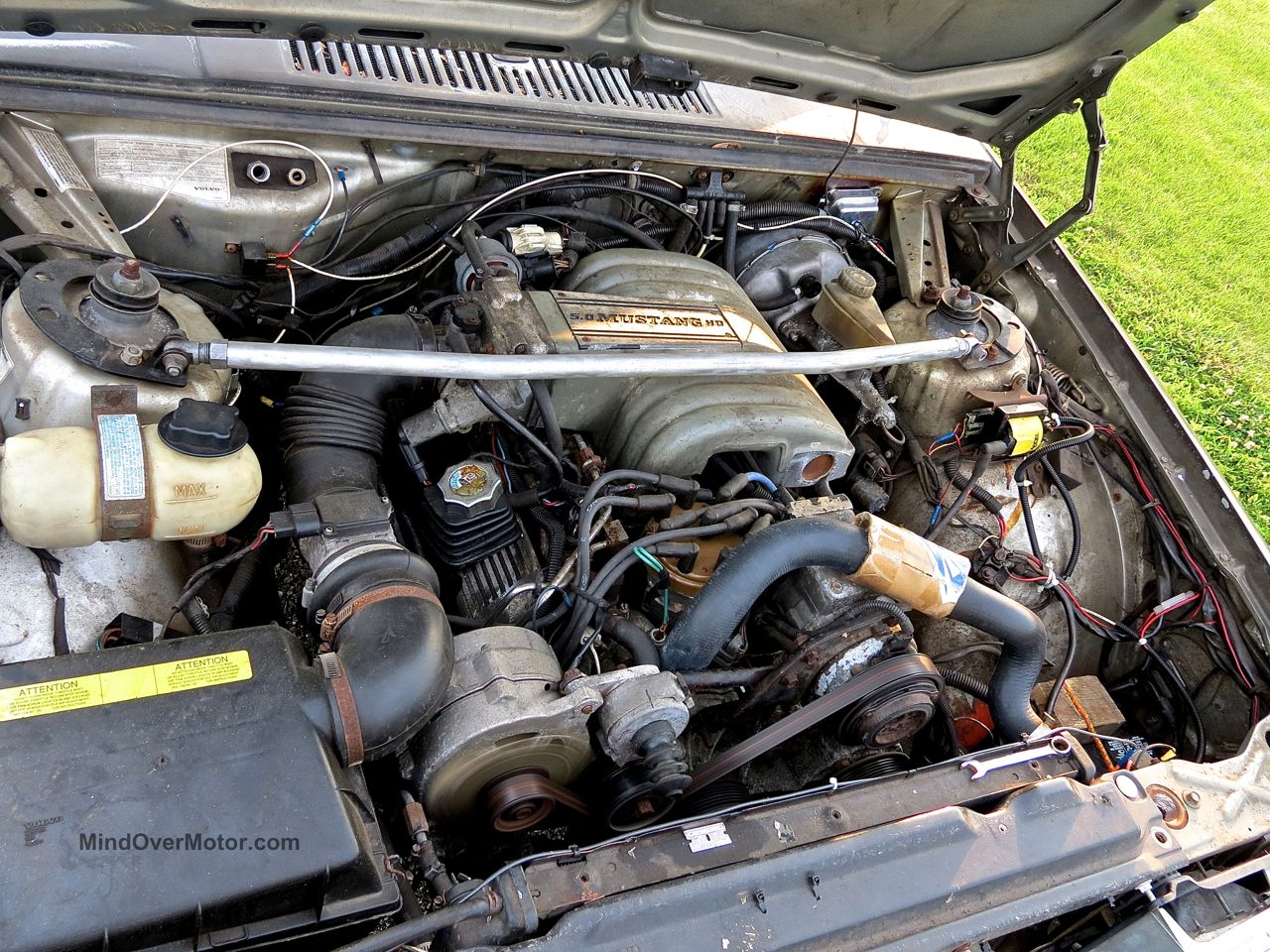 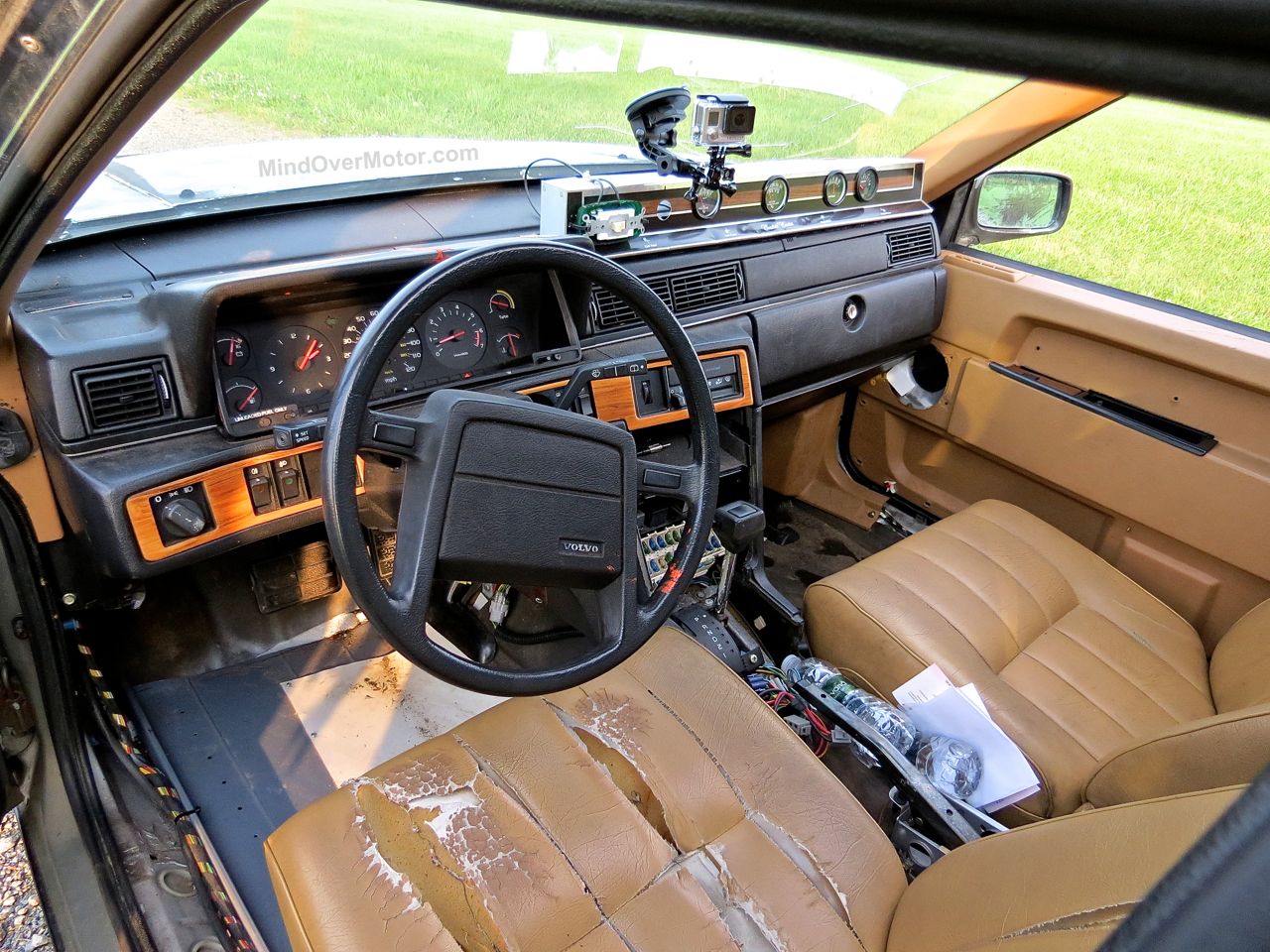 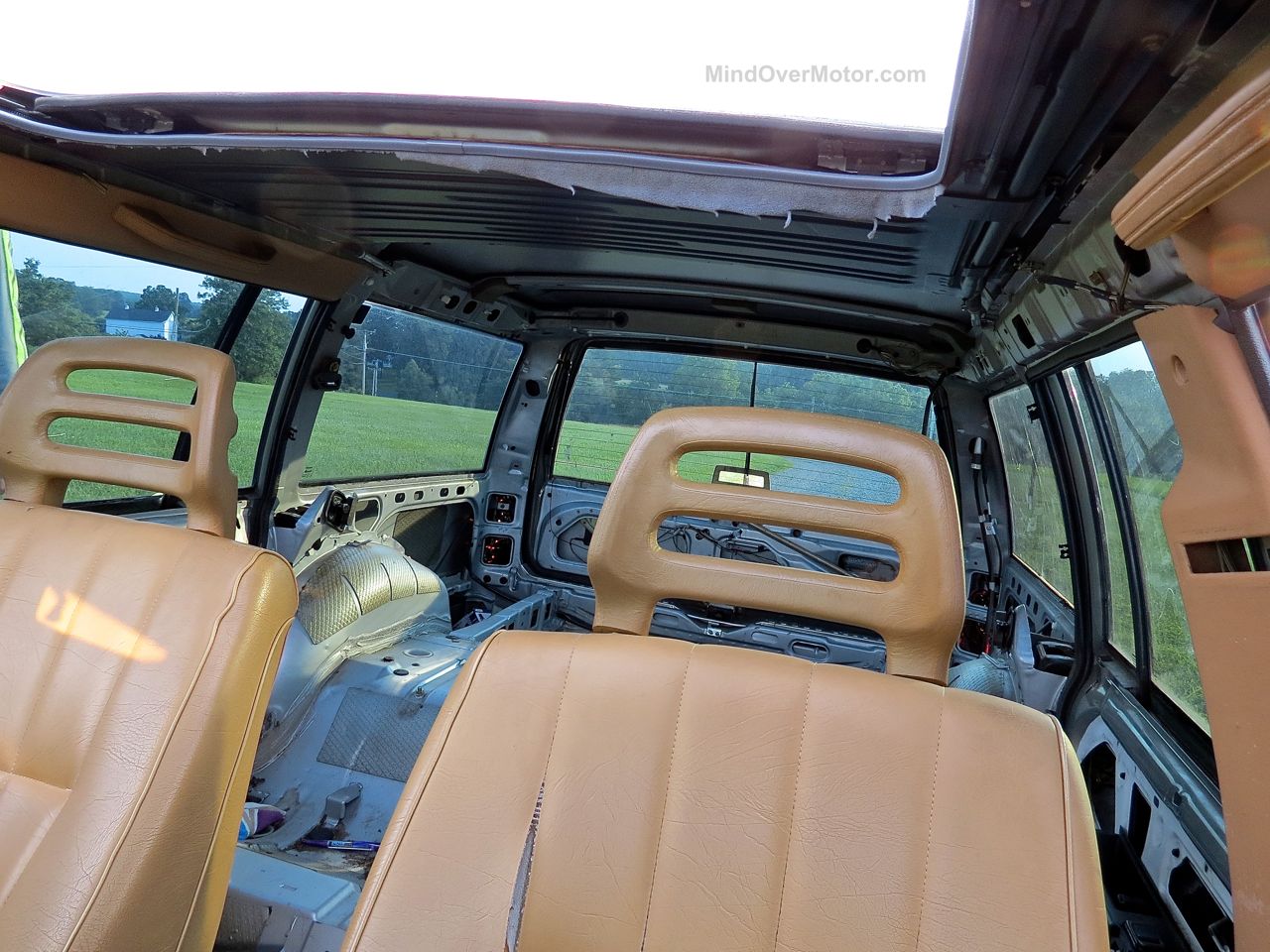 For such a hooptie-looking machine, I was really impressed by all of the car’s dynamic aspects, all of which I can credit to Matt’s own work on the car. It’s a lot more buttoned up underneath than it looks would suggest. It’s happy to be hustled through corners on back roads, and it loves flying down the straights. You just need to be a little mindful of when and how you get on the gas pedal coming out of turns — I just waited for the straights, myself.

The main thing is that this Volvo definitely puts a smile on your face. It has a real “Hold my beer and watch this” sort of personality, and it defies any one automotive definition. “Hillbilly Hot Rod” is the best way I can describe it.

I always love driving cars that have been built and curated by individuals because parts of their personality rub off on the car, and it really brings the machine to life. Matt has always been someone who never let a few uptight rules get in the way of a good time, and this Volvo embodies that in its very being.

Should this car even be allowed on the road? Hell no.

But it is on the road, and it’s coming for you! 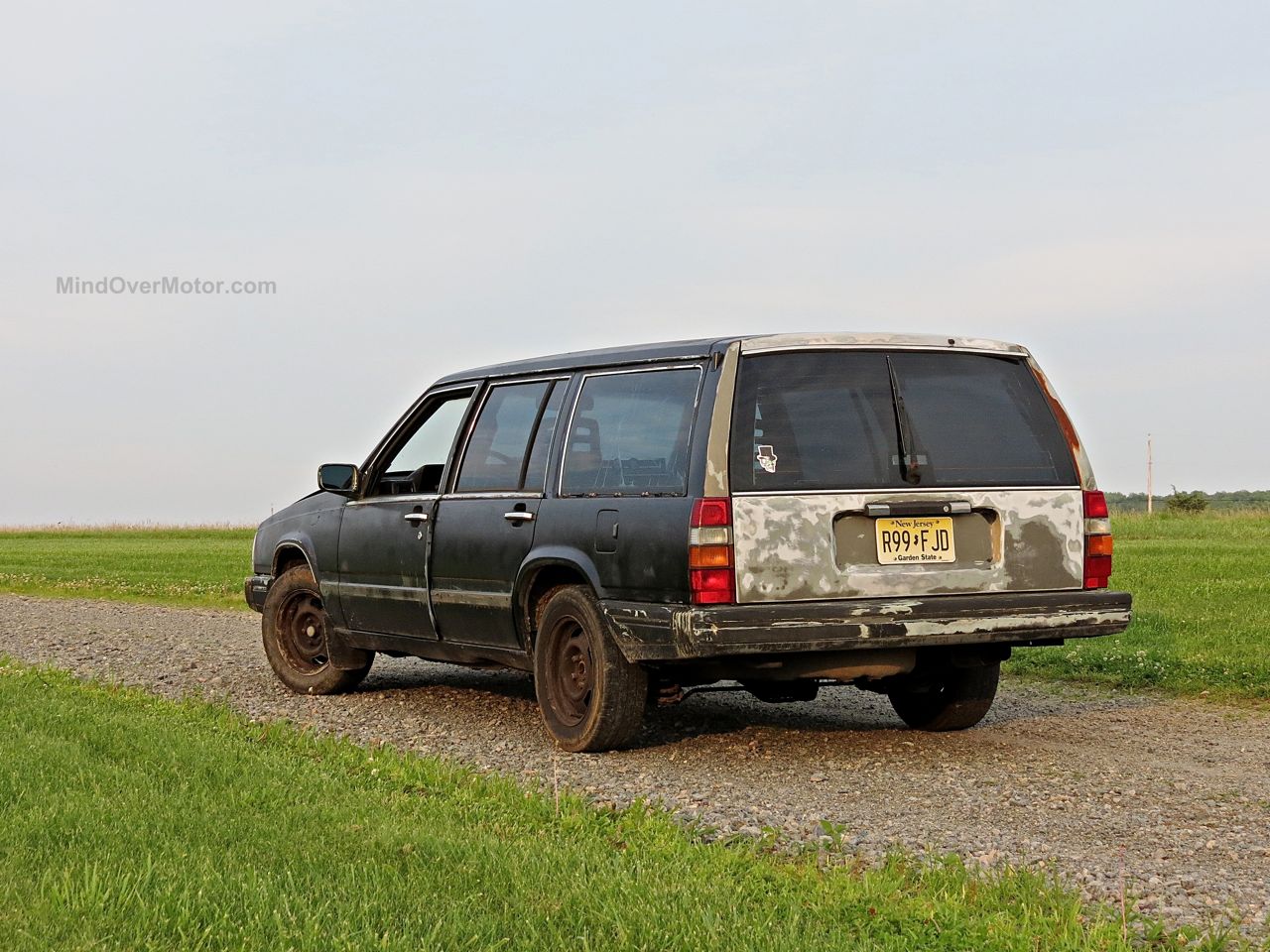 PS: This Volvo is mechanically sound, but it needs some finishing to be really roadworthy in terms of the “legal” definition. Matt is considering selling the car now, so if you’re someone who thinks they could put the finishing touches on it let me know, and I can relay you to Matt. He is asking $1,500 for this badass car that turns many heads.

One thought on “Frankenstein Volvo, A Hillbilly Hot Rod”