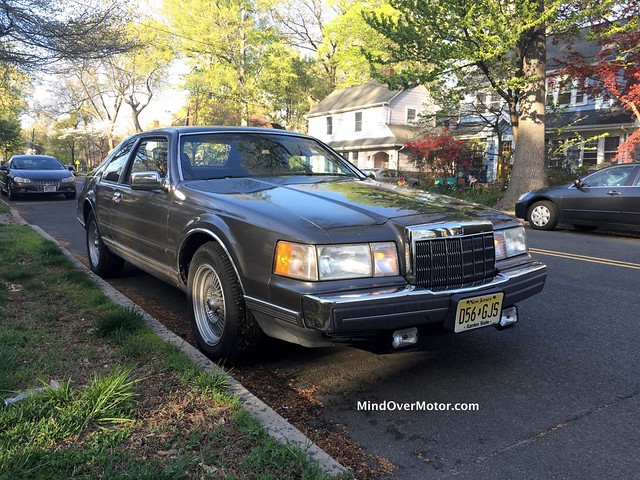 This is Part 2 in a series.

Where we last left this story, I had taken a few interviews and the Lincoln had barfed coolant all over South Jersey. By the beginning of June, I’d parked the poor thing and taken back to driving the Legacy nearly full-time. I’d hit off on a few good interviews in the beginning of June, and while walking out to take the Lincoln to the center of town to pick up election results with my friend Damon, I got the offer as I started the engine. What started out as another day in the pack, had become a blessing. A blessing that turned into a curse, within due time.

The rain came down that day, as I pulled into the Piscataway Municipal parking lot to pick up results. It poured, and when I got back in the car, disaster struck. Wet seats, and a wet roof liner. I looked up, and it was clear the sunroof was dumping rainwater into the car. 27 years of the New Jersey climate had finally done the sunroof’s weatherstripping in. I should have taken the warning every time I’d shut the door, seeing the sunroof pop up into the air like a party favor. Over the next 2 weeks, I prepped and prepped for my new position in New York City–but it was not to last. Thanks to an off-color remark I accidentally made in front of an executive, I got a warning, then constant criticism of not being able to understand my own training. I was gone by July 18, right after my grandma’s birthday. Fired over the phone, while sitting on an NJ Transit train stuck in the middle of the tracks. It was almost like a shot through the chest for me. The next two weeks, throughout the end of the month, I finally drove it again. I didn’t care about the engine issue. All I wanted to do was take my mind off of losing another job in just a month.

By the end of the month, I stoked irons in the fire, praying for interviews. Nothing came back–everything seemed to fizzle out almost immediately. I was offered an instant job doing sales, and when the manager who wanted me so badly heard me say “I’m going to keep looking for an engineering job” he sneered “Well have fun with that, making less money doing something you love”. I wanted to drive the Mark VII right through him–but luckily it was sitting at home and I didn’t necessarily want to ruin it. July ended with a whimper, and I decided to avoid dwelling on what happened as much as I could.

The beginning of August involved the Lincoln traveling to one or two interviews (I decided to not use it as much, just to keep the car cool), but it made an appearance at the Somerset 4-H fair (where I encountered mud, and used the factory Track-Lok rear axle to spray mud all over Bridgewater and Bound Brook), the Middlesex County Fair, and a few more trips to Matt’s place in Old Bridge, just for good measure. It went golfing (where I was able to find peace and quiet from the job search), and then during the final two weeks in August, things got complicated.

After a month’s worth of failed interviews and enough frustration to make my head leak everything, things picked up in a big way after August 15. I had a few interviews during mid-month, and dumped the Lincoln back home for a weekend while I went to see my new baby cousin in the Subaru (the Lincoln could have made it, but no one wanted that car anywhere outside New Jersey until I could afford to fix anything on it), up in Boston. The next week, things changed for the better, after I spent three days on the phone to a large number of different engineering firms all over the state, most of which were so small that a map won’t show them. I got calls back, asking for interviews all week. Then, on August 23, I took the Lincoln out to dinner with my parents in North Jersey after getting alterations to a tuxedo for my brother Matthew’s wedding in Manhattan. I was told not to use the Lincoln for the upcoming wedding that weekend. This turned out to be a good thing, as a drive the Thursday before the wedding festivities kicked off would prove to be the Lincoln’s greatest moment, and its greatest folly.

That Wednesday afternoon, I got an urgent message from one potential employer asking for a phone interview. Not thinking much of it, I quickly scheduled it and left. The next day was busy. An interview in Manhattan in the morning, followed by an important interview late that afternoon in Ewing. The Mark VII sat in a parking garage in Iselin. As I rushed back to the car in great haste (having missed the train back), I jumped into the car and had barely enough time to start the engine before the phone interview in between the in-person ones began. The interview went smoothly as the Lincoln rides, with me cruising around in true Late Eighties style in Edison while chatting on the telephone. The only thing missing would have been a big car phone in the interior–a Bluetooth sufficed admirably. I then rushed, running on fumes, to my interview in Ewing, 40 miles away. The car made it, I made it, and the interview went about as smoothly as the last few had. Unfortunately, disaster struck on the way home. I’d made it to all the interviews that day on time, with at least five minutes to spare, despite needing gas and coffee, and without staining my suit. Unfortunately, I got my least favorite warning light on the Linc’s big plastic dashboard–a big battery light with the word “AMP” glaring at me in red. Game over, it’s now a ticking time bomb to find out what’s broken before I can’t get home. Somehow, I made it home that afternoon, with the speedometer making some weird jumping motions and the lights flickering a little bit. Trouble was, indeed, a-brewin’.

The Lincoln sat out my brother’s wedding in New York City, robbing me of the golden opportunity to film the Lincoln, traveling through Da Lincoln. But, it was a blessing in disguise, because I made it there and back safely with the Subaru, and somehow managed to flip off my old office in New York at the same time. I got my first job offer the night of August 28, at midnight after the wedding was over. A grand night, concluded with the first signs of my life finally turning around. I woke up that morning, jubilant and determined. Another potential employer requested my presence at their office later in the week. I got home later that day (29 August) and replaced the Lincoln’s old voltage regulator, hoping that would fix the problem with the AMP light, but it continued to angrily blast me in the face. I sneered back at it, continuing to call its bluff. The time bomb under the hood was now either the battery or the alternator, and it continued to tick down. The month of August ended, with my future bright. The Lincoln’s future, however, saw some clouds upon the horizon.