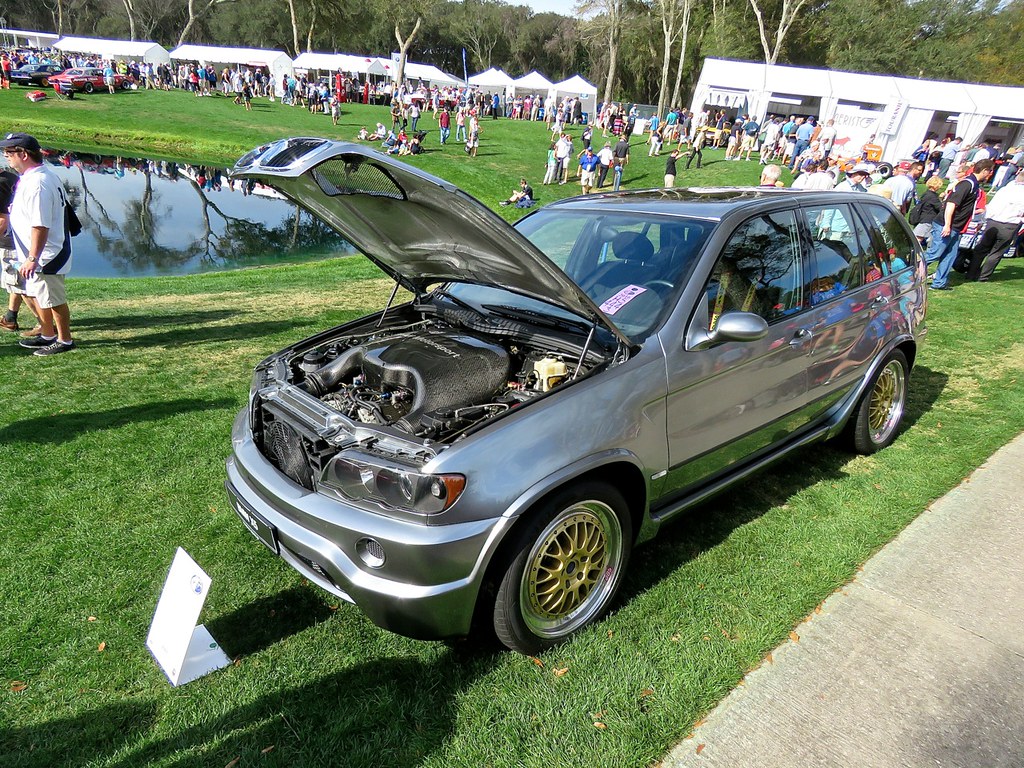 This is the BMW X5 LM. It’s a prototype from the era before the super-SUVs of today, powered by the same V12 that propelled the BMW V12 LMR to victory at Le Mans. That’s 700hp and 531ft/lbs under the hood that made this the first sub-8-minute SUV around the Nurburgring. And this was all in 2000, years before Porsche made the Cayenne Turbo and set the SUV world ablaze with performance. However, as it turned out, the V12 from a Le Mans racecar didn’t make a very good production engine, so BMW never produced the X5 LM. Woe is us, but at least the prototype still exists.