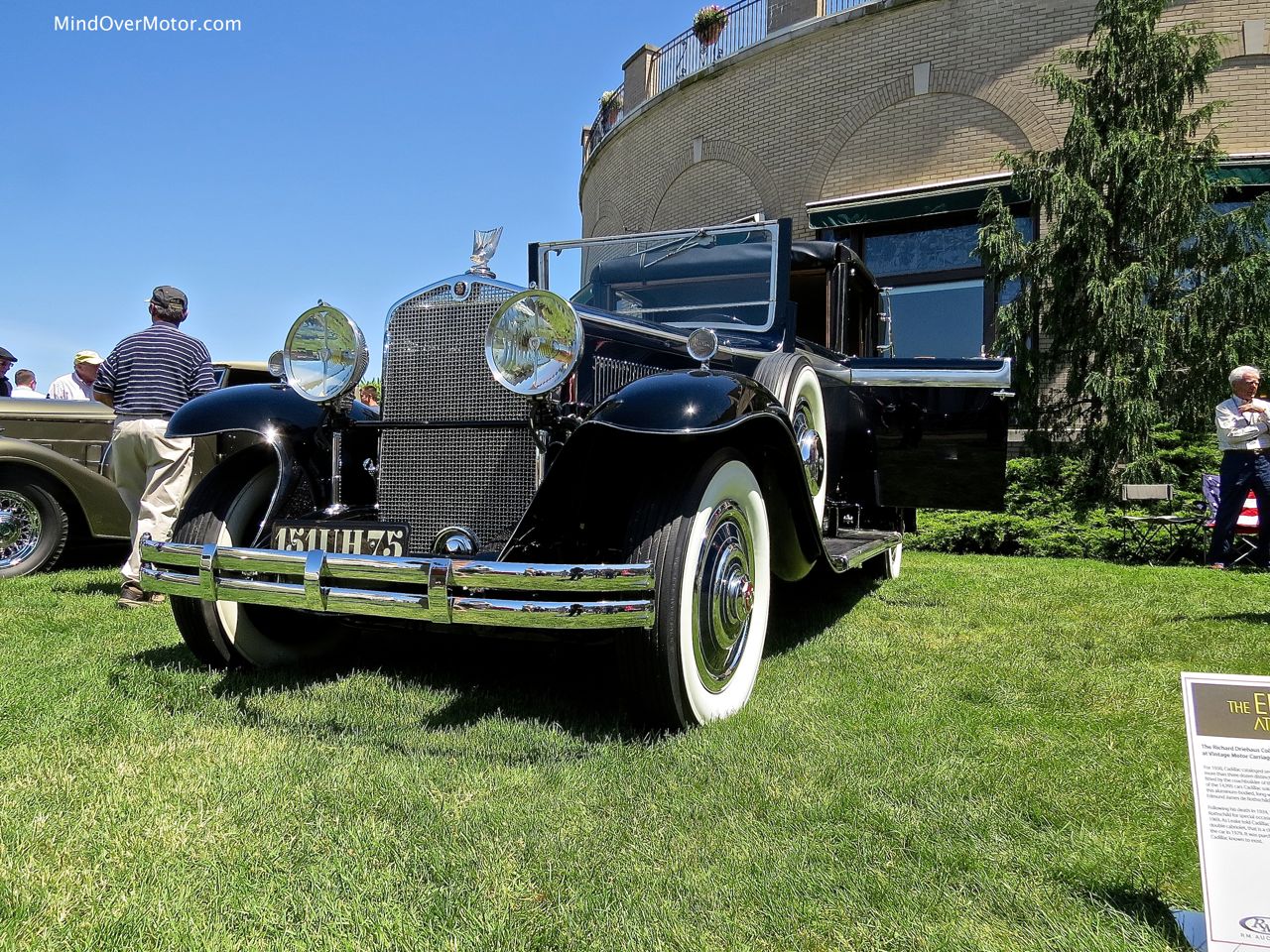 Anyone who has read up on their European history over time has probably heard of the Rothschild family.  They’re known today as being much more low-profile than most would expect for being as wealthy as they are (the family is supposedly worth 500 billion dollars), but their control over the world’s wealth is known as a staggering truth.  However, I’m not here today to talk about the entire family’s history.  I just want to talk about this absolutely stunning car.  This is a Cadillac–but it’s not just any old pre-war Cadillac.  This particular French-market Cadillac 353 Cabriolet was owned by Baron Edmund James de Rothschild for a number of years.  This custom-bodied behemoth is a four-door cabriolet with a full-folding roof, in separate sections for the chauffeur or the passengers.  These versions are known as closed car (both sections closed), sedanca de villa (front section open), or an open tourer (all sections open).

Cadillac sold 14,995 cars in 1930, but less than one percent of them were bodied by custom coach builders (less than 150).  This car is an aluminum-bodied, long-wheelbase, three position double cabriolet, a truly unique body style.  The bodywork was performed by Georges Kellner et Filis and is the only known Cadillac he penned.  Unfortunately, the Baron passed away just four years after the car was ordered, and it was kept thereafter at one of the chateaus owned by the family and used just for special occasions.  In 1969, a noted collector named James C. Leake purchased it and had it restored ten years later. The current owner, the Richard Driehaus Collection, has not changed the car since acquiring it in 1998.  Despite being an older restoration, this Series 353 looks absolutely stunning on the field at Hershey and I would be overjoyed to see it again soon, whether that be this year or in the future.  Enjoy the photos of this legendary automobile. 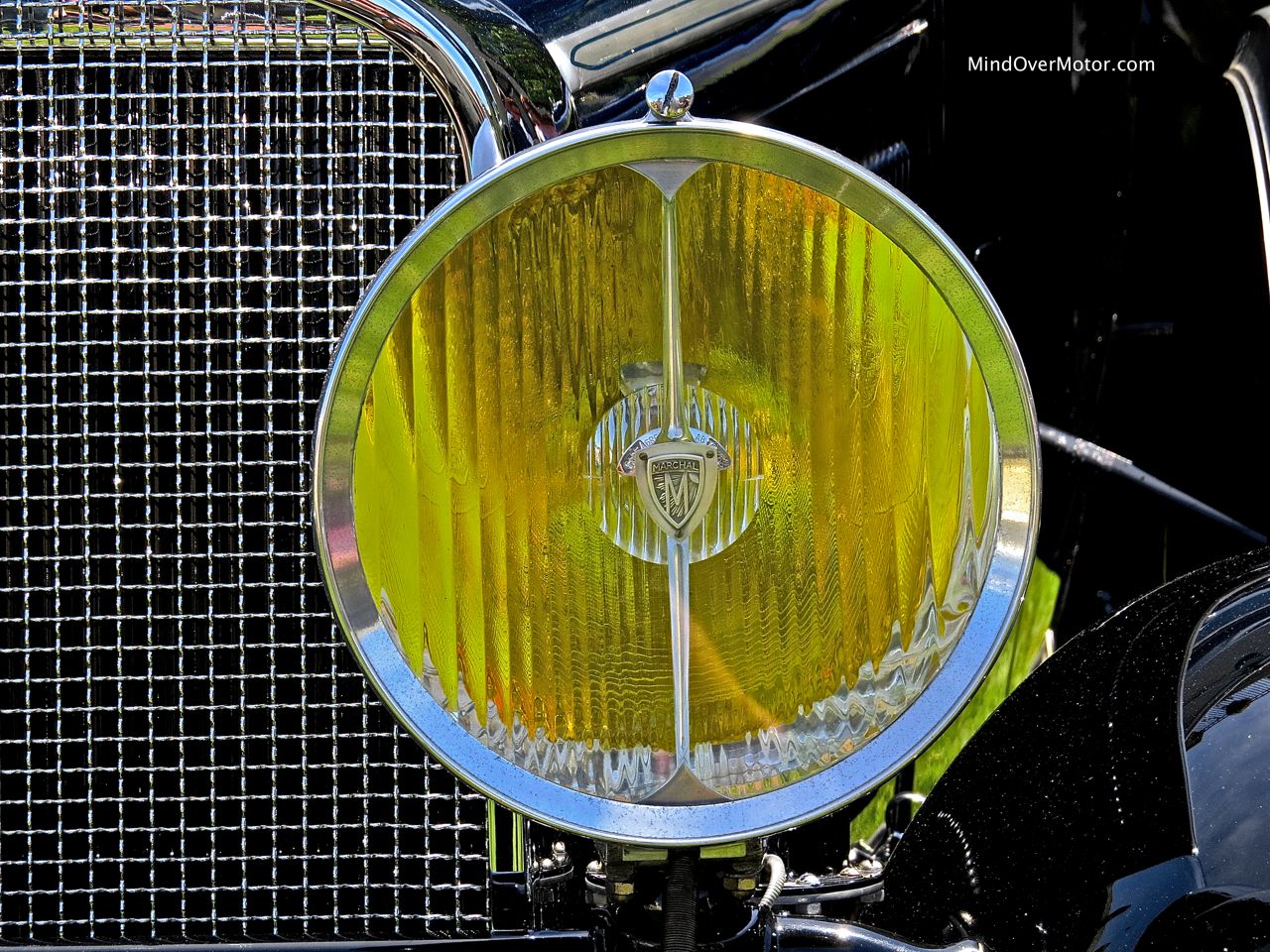 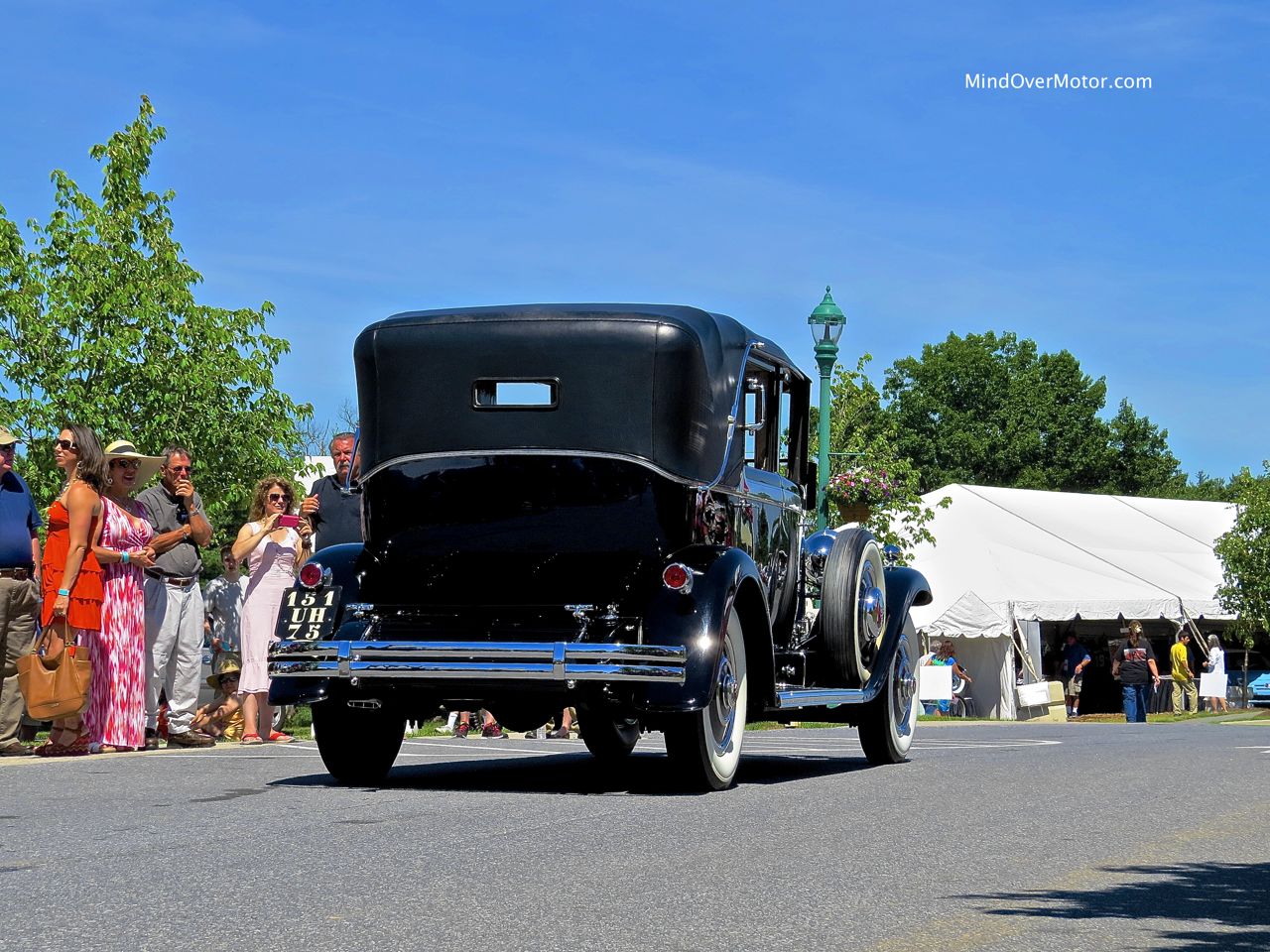 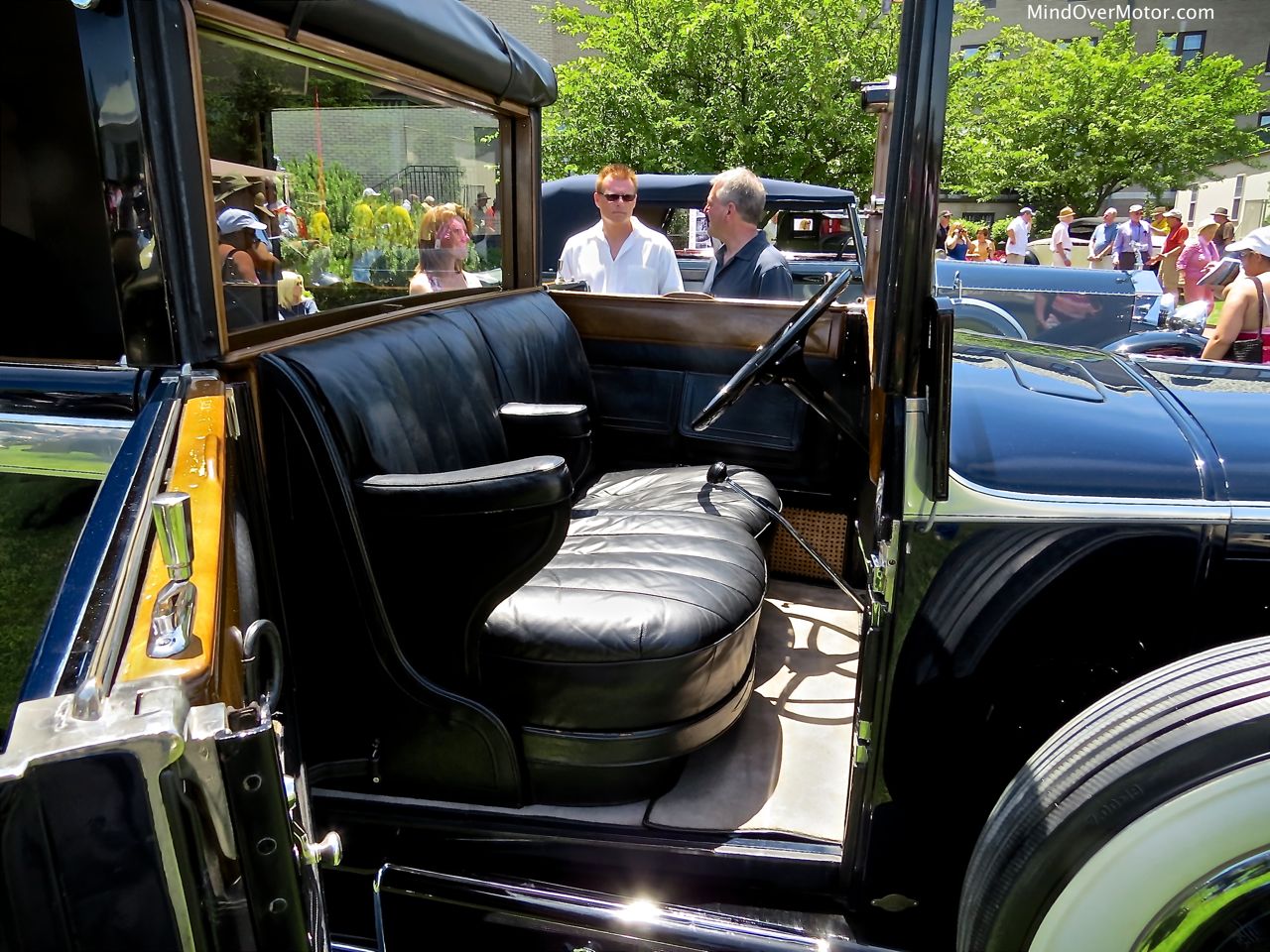 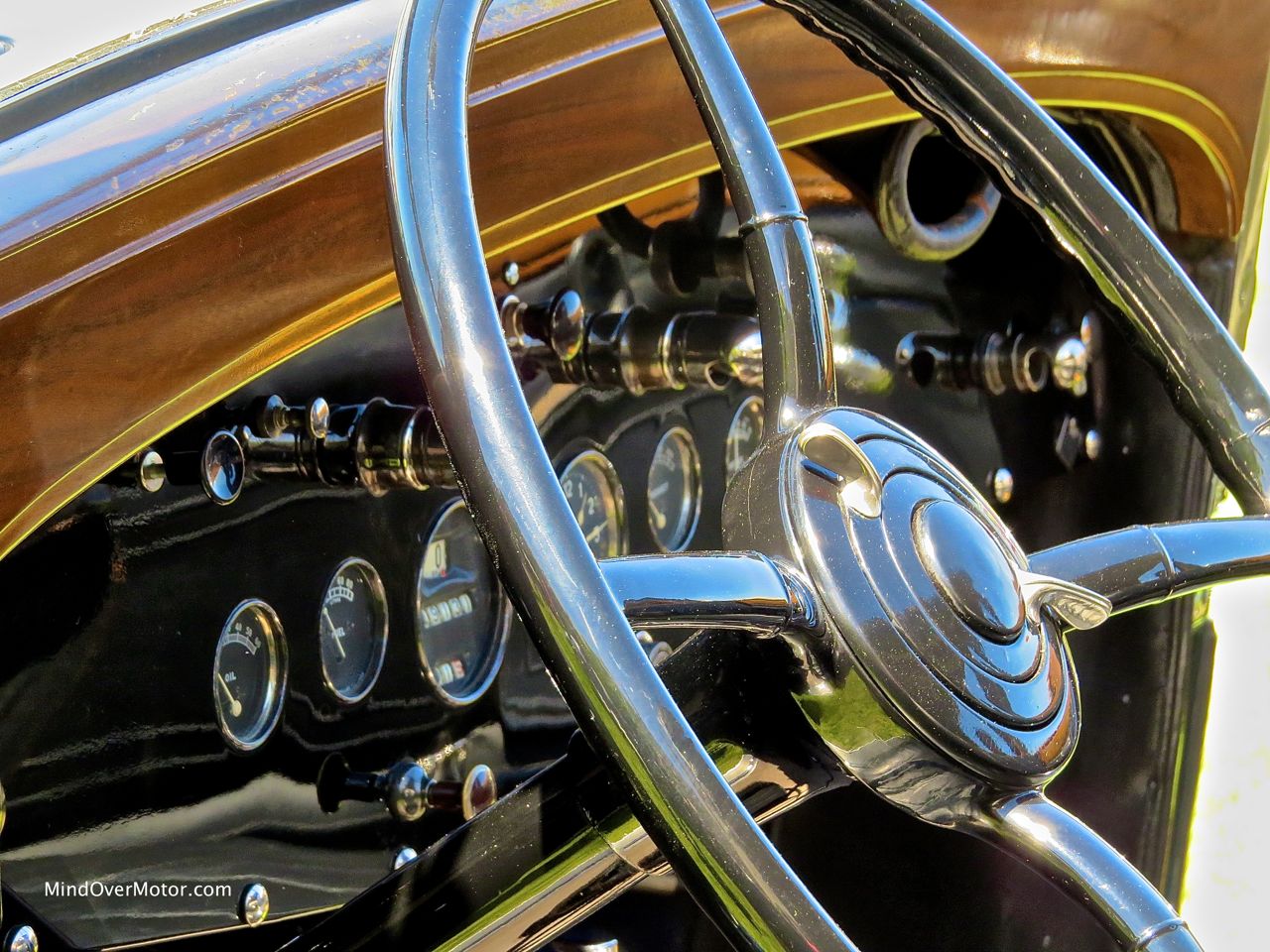 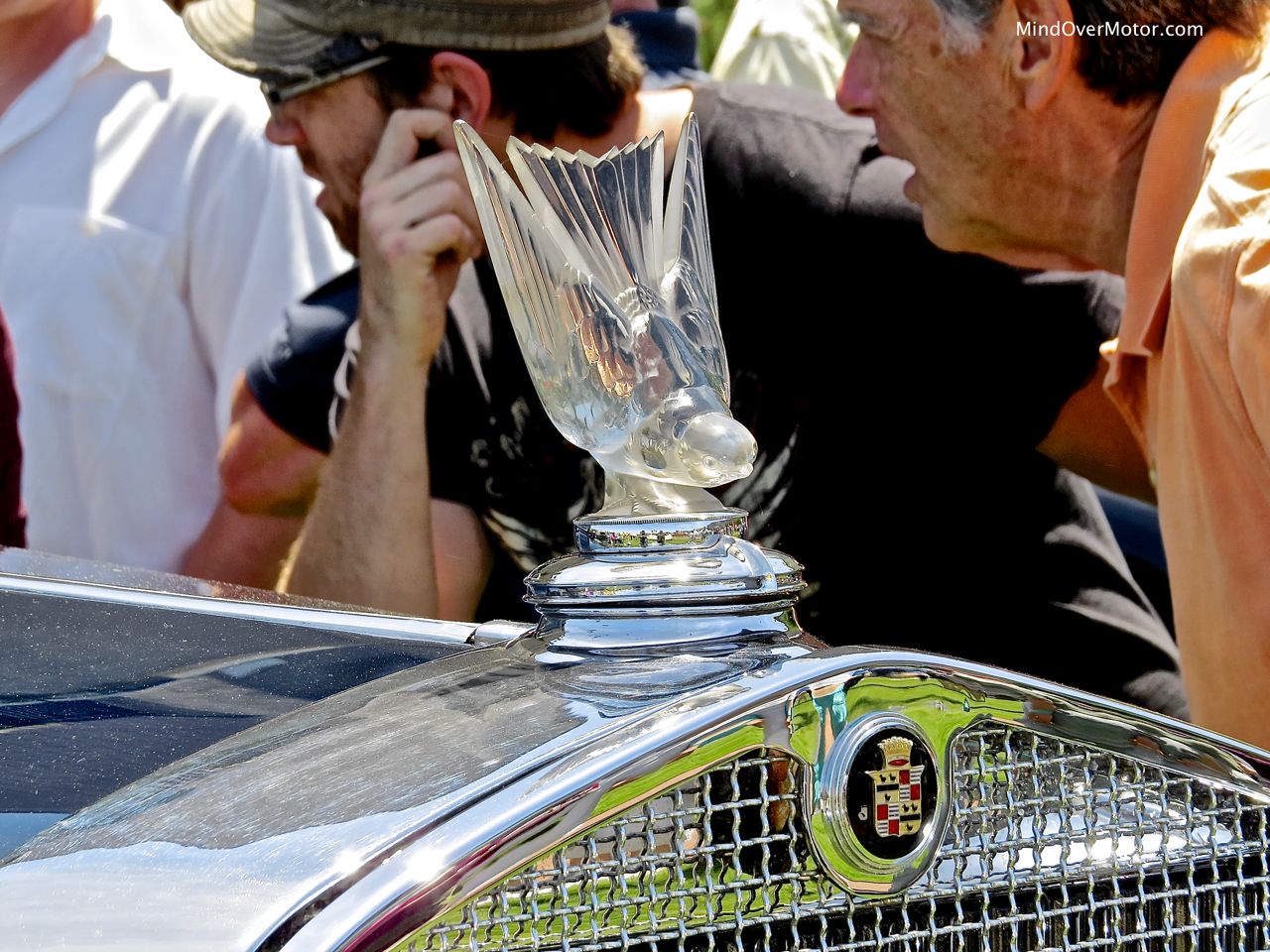