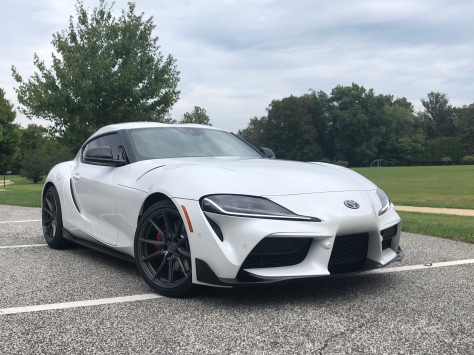 I spent a little time driving the new A90 Supra for the second time today. I’ve had some time to collect my thoughts now, and I’ve come to the conclusion that I really enjoy this car a lot.

I was so worried the Supra would have too much of the BMW seriousness rub off on it, but Toyota’s team has made it feel playful and lively on the road. Even in fun road driving, it’s exciting to drive at a pace where most BMWs would just feel like they’re unimpressed. It also has some of the best steering I’ve experienced in a front engined car. The Porsche Cayman was clearly their benchmark, and the Supra feels really well connected because of it, nearly telepathically so.

It’s handling is what I’m most impressed with. The Supra is a proper sports car that can be thoroughly enjoyed at any speed. That’s important because you can’t go “that” fast most of the time on the road.

Now, having said that, the Supra is quite a quick car with its turbocharged B58 delivering some solid and responsive punch. Drivetrain wise, it feels very BMW, but that’s definitely okay by me.

My first drive it was stock, but today it had a downpipe and a tune good for around 400rwhp and 450rwtq. It’s around a 70whp gain from very basic mods and, boy, does it make a nice difference. The Supra is nowhere near slow stock, but it puts the extra power to good use and doesn’t feel overwhelmed at all (I thought it would). I’m not really a huge power guy, but I do love speed and this level of power feels right in the Supra. Substantial and exciting, but not way overdoing it. 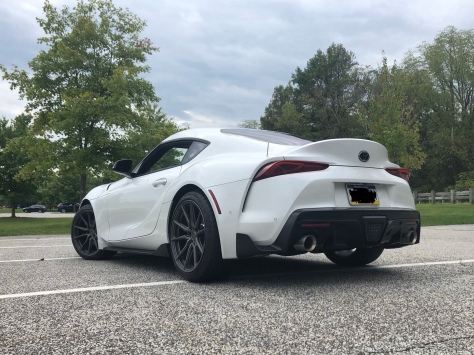 Now, obviously, most of us wish the Supra came in a manual, and in a lot of ways it would be even better with a well-executed manual. That said, the auto works well enough that it definitely wouldn’t stop me from buying the car.

Overall, the Supra is a hell of a lot of fun, and a good daily drivable package. To me it’s like a slightly bigger Miata with a turbo BMW engine in it, and that’s a great thing. The Japanese have done a great job of tuning the German parts their way, dynamically.

Now the only question I have is, will this be the least reliable Toyota ever? Or the most reliable BMW ever? Maybe both.

One thought on “Thoughts from the A90 Supra”