The 2016 Acura NSX finally made its debut at the 2015 North American International Auto Show, and overall it looks pretty good. That said, it isn’t anything Earth-shatteringly special in supercar terms, and for that reason it does need to be a bit of a bargain. In direct terms, I think the Acura NSX needs to be a sub $150,000 car if it is to succeed.

END_OF_DOCUMENT_TOKEN_TO_BE_REPLACED 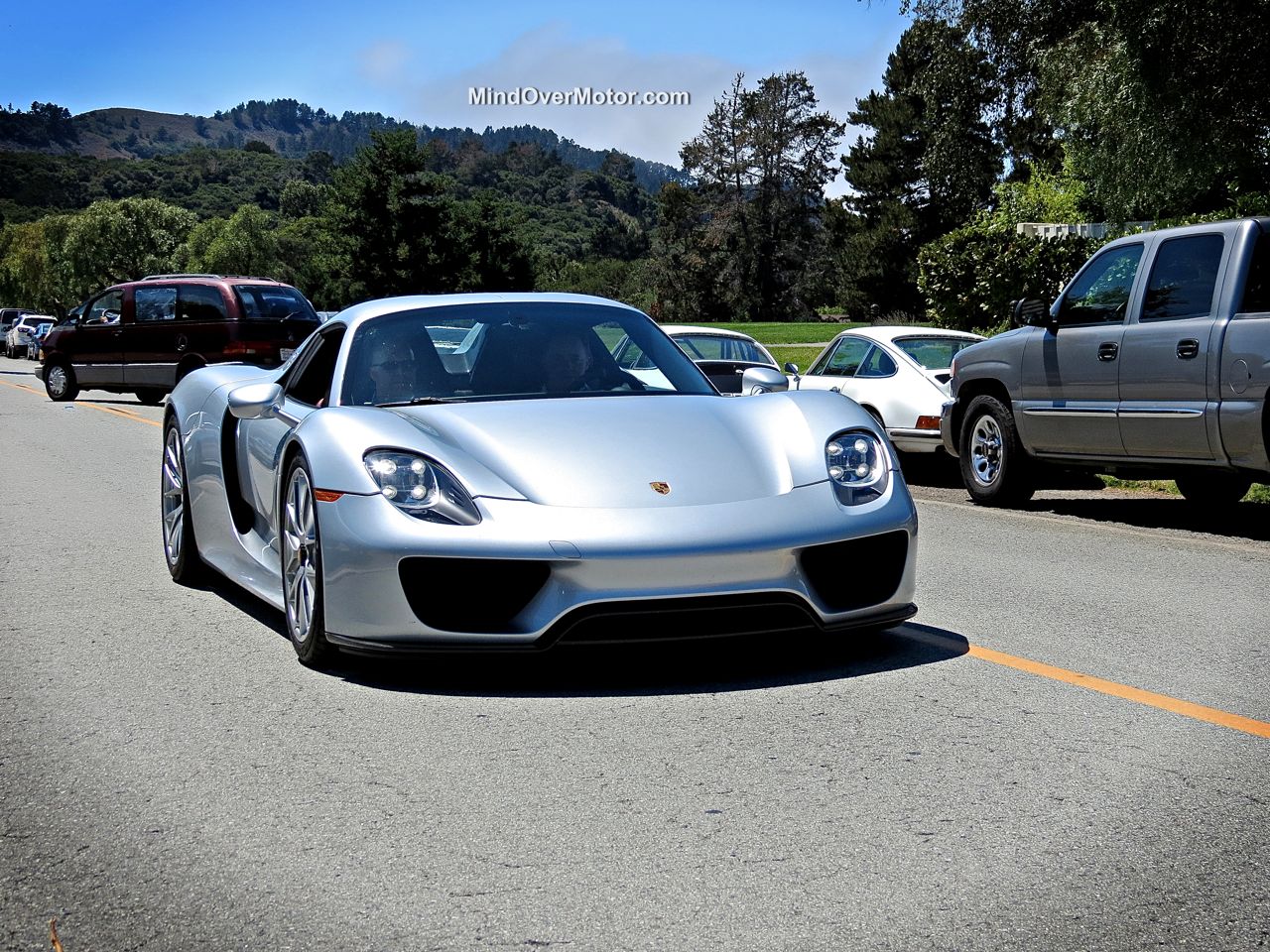 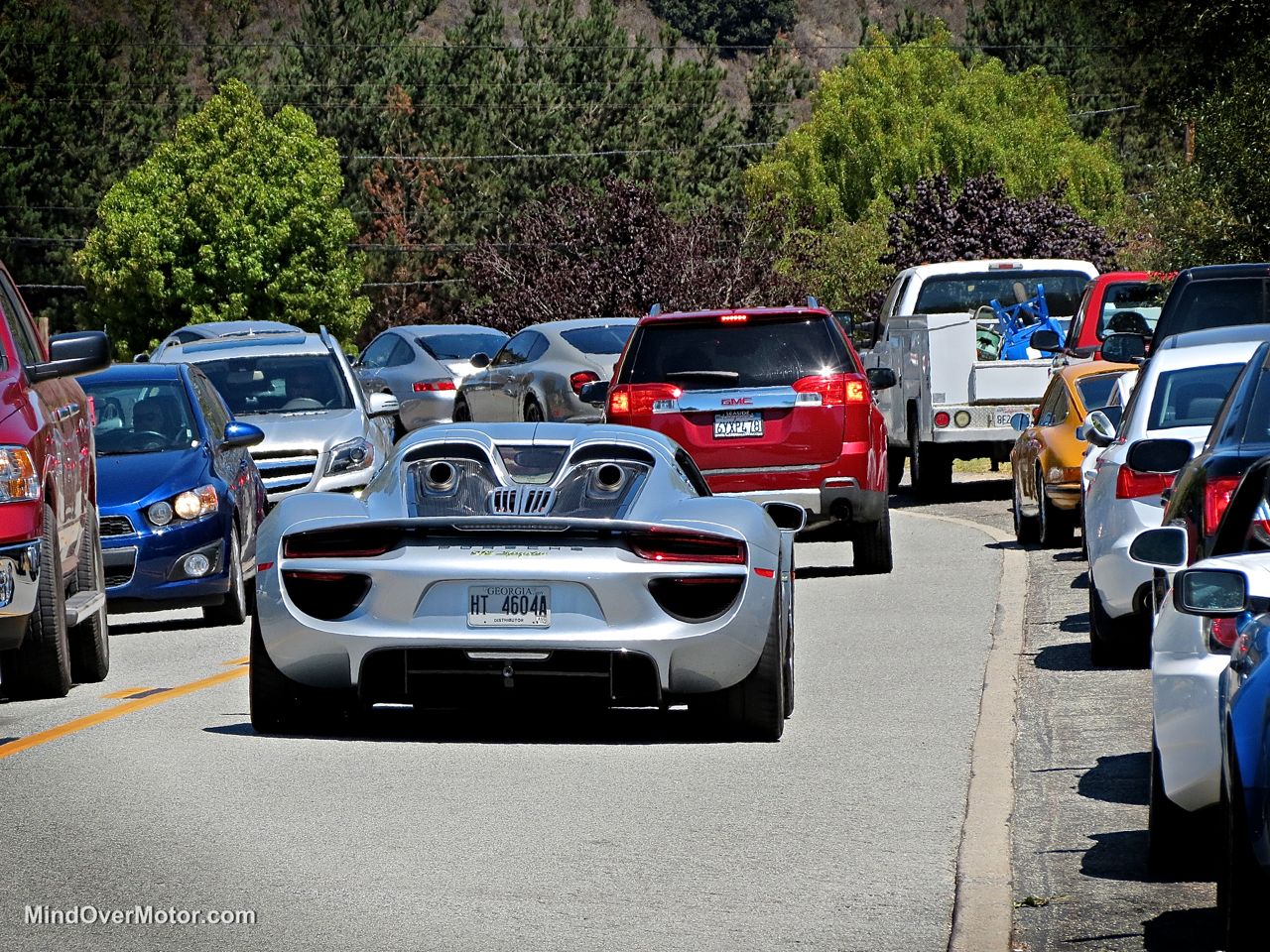 Porsche was actually holding test drives of this 918 Spyder, for those who were invited because they had access to a credit line of at least $1,000,000. As you might imagine, Al and I couldn’t weasel our way into this one, but here are some consolation photos of the car. I just love the 918. 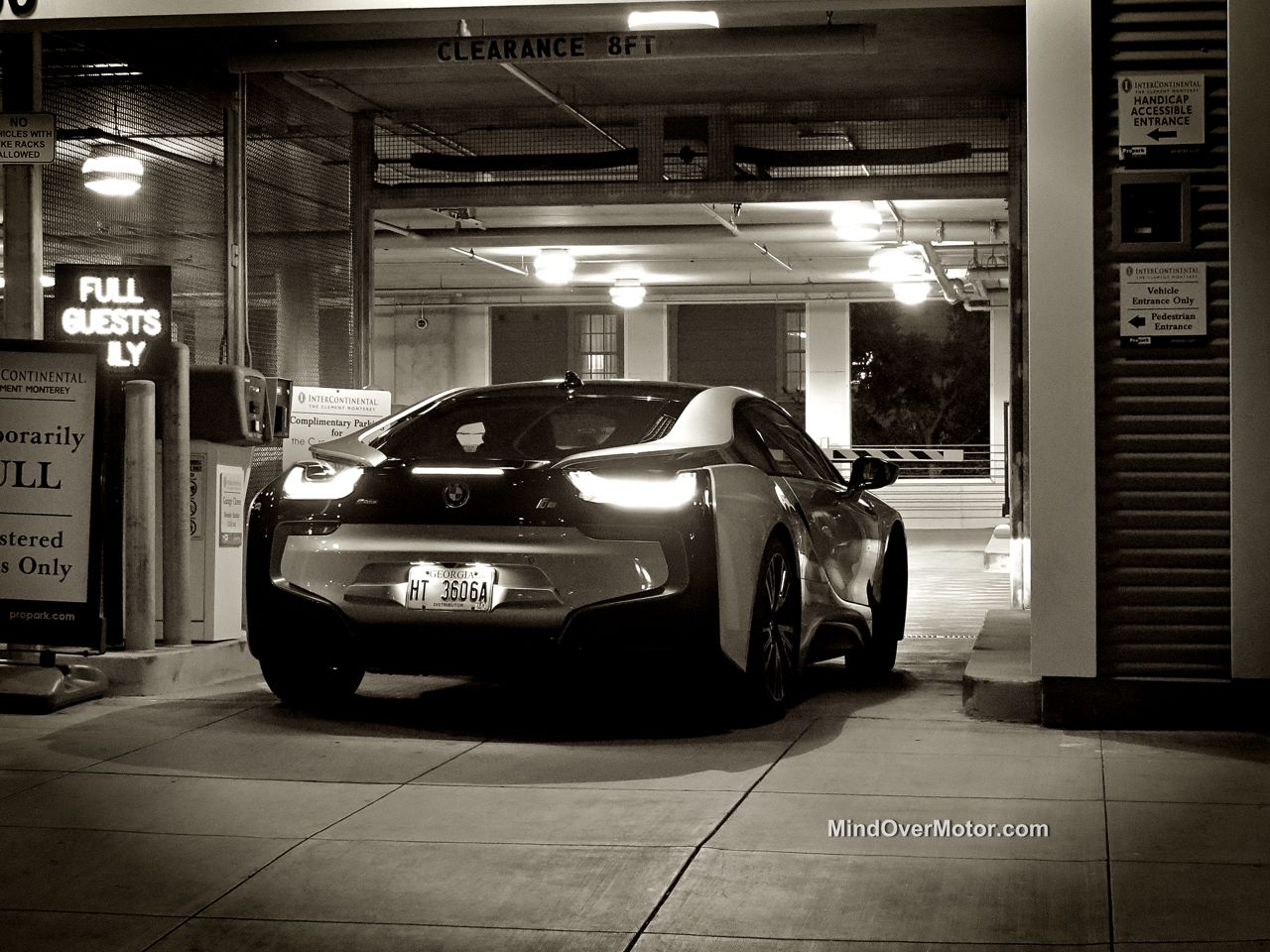 We are currently out at Monterey Car Week having a blast. We know we’ve missed a few posts in the last couple days, but that’s because we have been quite busy gathering all sorts of fantastic content, so fear not friends!

Just so none of you feel neglected, here is a BMW i8 we saw out and about tonight. There has been a few of these things running around the Monterey area, and we’re hoping to do a more proper shoot of one before the weekend comes to a close.

We are seeing, and even driving, all kinds of awesome things out here, and we will be sharing it all with you in the coming weeks. Be excited! 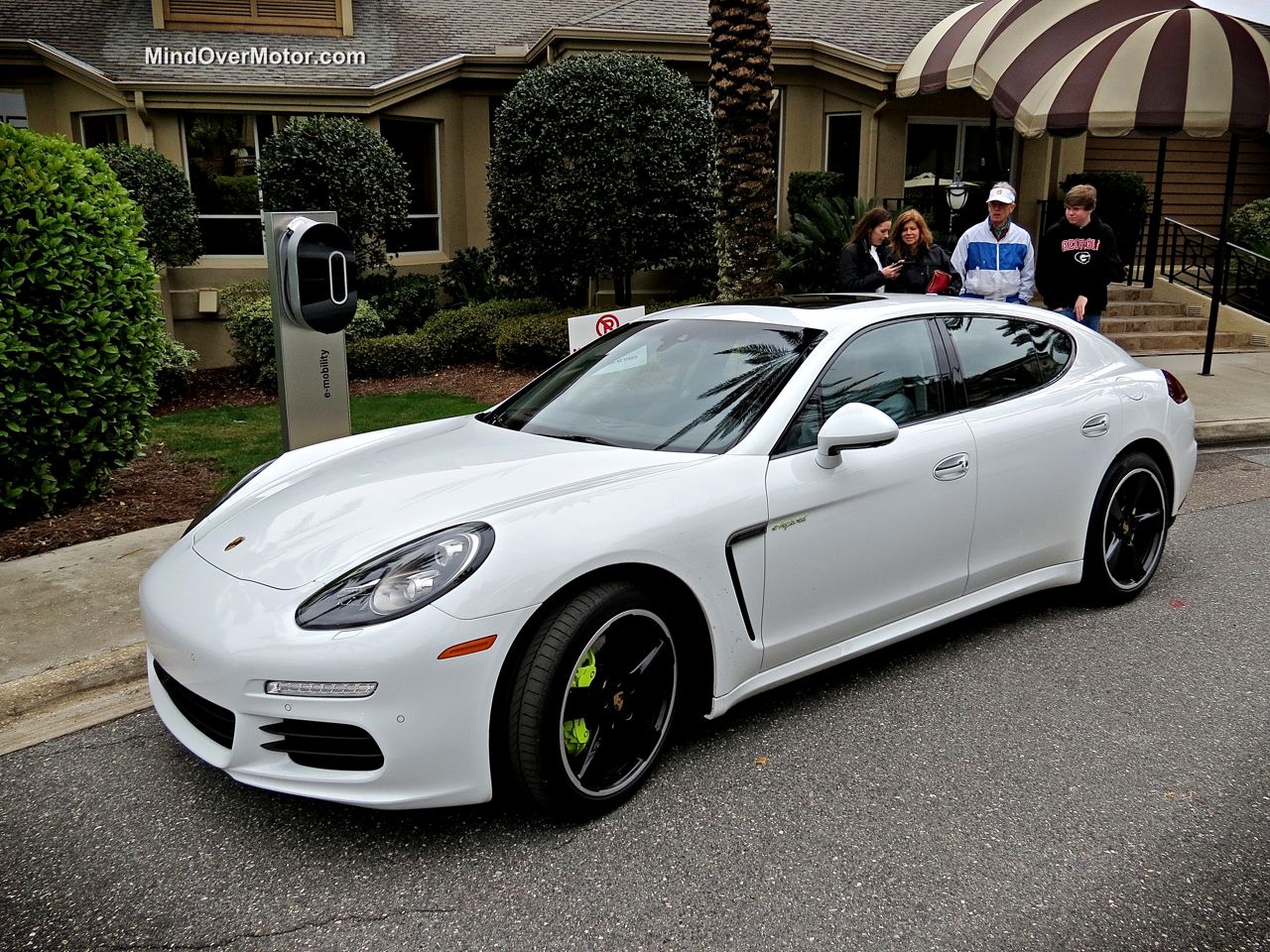 Everyone, meet Porsche’s Prius! The new Panamera S E-Hybrid, like the Prius, is a 4-door hatchback, and it uses an electric motor to help out its gas engine in a similar way. Furthermore, the Panamera S E-Hybrid has shown in real world tests that it can top 50 mpg, also just like the Prius! Yes, the similarities between the two cars go surprisingly far, much further than most might expect, but they couldn’t be more different in their fundamental purpose.

The Toyota Prius is an economy car for people who want to spend as little money as possible on a car. The Panamera, on the other hand, is a high-end luxury machine for people who are comfortable writing a six figure check for a single car. You can buy four Toyota Priuses for the starting price of this Porsche Panamera S E-Hybrid, and that’s before adding any expensive options. However, playing Devil’s advocate, the Panamera does have nearly the horsepower of all four of those Priuses combined. The Panamera may cost as much as four Priuses, but you could also argue that it’s also four times the car.

I remember being amazed when Al Gore’s son got caught going 100mph in his Prius, not because of his behavior, but because he actually got a Prius to top 100mph. If he buys one of these Porsches, then maybe next time he can be pushing 170mph.

Okay, it’s time to acknowledge the elephant in the room here: The Porsche Panamera S E-Hybrid will not be competing for buyers with the Toyota Prius (sorry to disappoint). No, it will be going head-to-head against the almighty Tesla Model S, and Elon Musk’s trendy “King Innovator” brand image. It is a massive challenge, one that basically killed Fisker, but I think this Porsche is up to it, and I will explain why.

END_OF_DOCUMENT_TOKEN_TO_BE_REPLACED 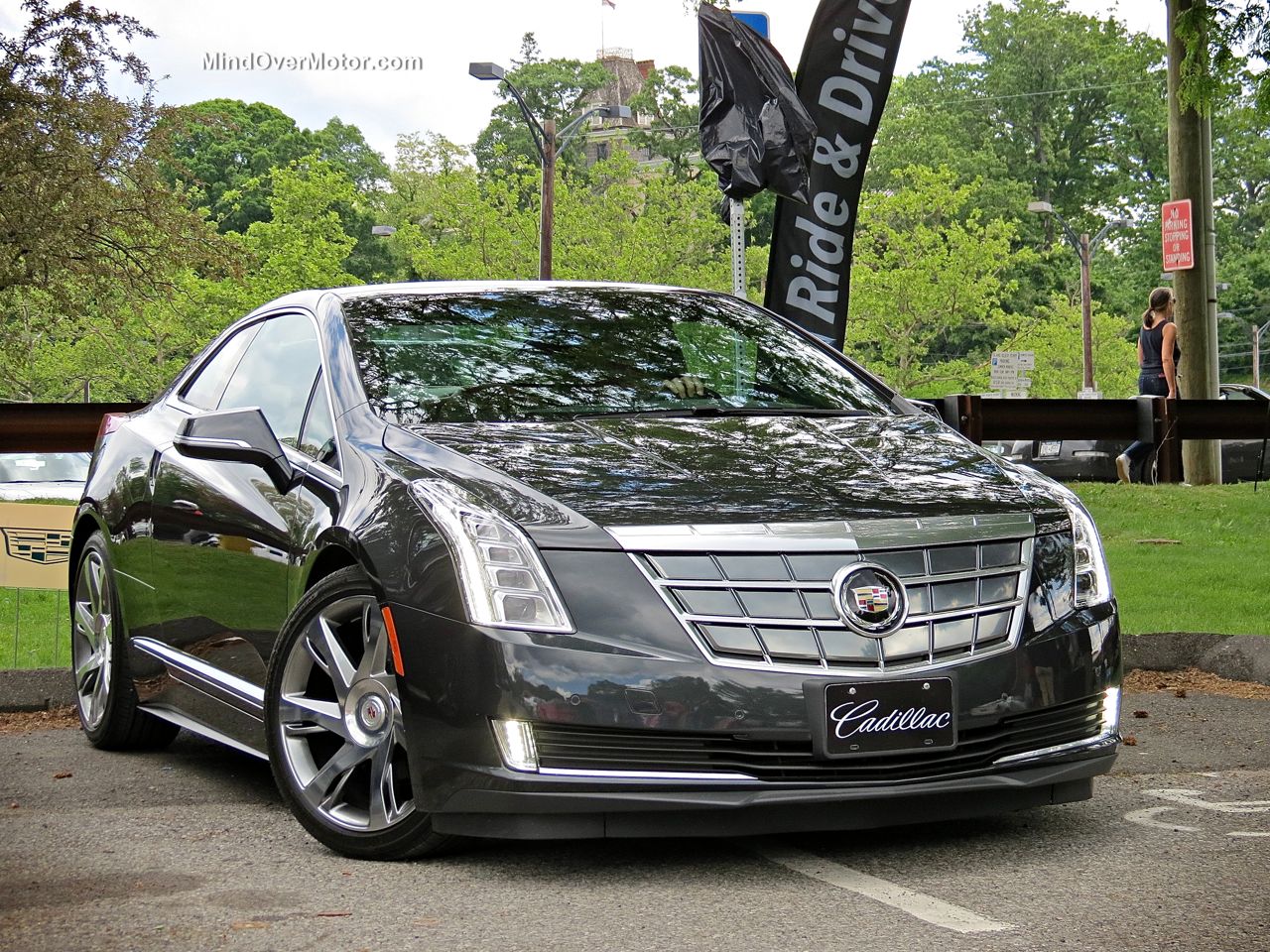 GM knows the Volt is in trouble, so they’ve decided to attack the problem from a different angle — if the Volt is too expensive, then why not make it into a Cadillac, called the ELR, which can command a higher price. On the surface that seems like a good idea: take an over-priced economy car, turn it into a luxury car, and add a couple grand to the price tag.

Knowing all of this, when given the opportunity to take an ELR for a spin, I decided to put my predispositions aside, and see what the car had to offer. Maybe, just maybe, GM could’ve sprinkled it with some sort of magical pixy dust that would make it worth the $80,000…

END_OF_DOCUMENT_TOKEN_TO_BE_REPLACED

Jay Leno is a very lucky guy. Forget the whole successful comedian thing, that’s great and all, but he is the first American to take delivery of the new McLaren P1 hypercar. In this video, Jay goes for a ride with McLaren CEO, Mike Flewitt, and aims to show us what his new car is like to drive on real roads.

It’s pretty incredible to think that the P1 can go to a drag strip and run under 10 seconds in the quarter mile, and then cruise home in electric mode without making a sound.  It also traps at around 150mph, so at many drag strips it may need a parachute fitted, and this is 100% stock! Not to mention the handling, which the P1 can do just as well as it goes in a straight line.

So enjoy this hands-on video of Jay Leno’s McLaren P1. It’s quite something.

For the last eight years in a row, a car with a diesel engine has won the 24 Hours of LeMans. Seven of those eight victories belong to Audi, and Audi is a part of the larger Volkswagen group that has brought us such supercar marvels as the Bugatti Veyron, Lamborghini Aventador, and most recently, the Porsche 918 Spyder. If supercars are supposed to be “race cars for the road” then it is high time for VW to set the precedent for true oil-burning supercars and sports cars.

As it turns out, they’ve already come damn close a couple of times. The first one came in 2008 in form of an Audi R8 with a 5.9L Turbo-Diesel V12 under the hood. The second was a promisingly realistic diesel Boxster with a VW badge called the “Concept BlueSport.” In both cases demand was deemed to be too low, and the timing also happened to coincide with the global economic downturn. I agree that the climate was probably wrong for both models at their respective debuts, but having said that, the world has changed a lot in the last few years.

END_OF_DOCUMENT_TOKEN_TO_BE_REPLACED 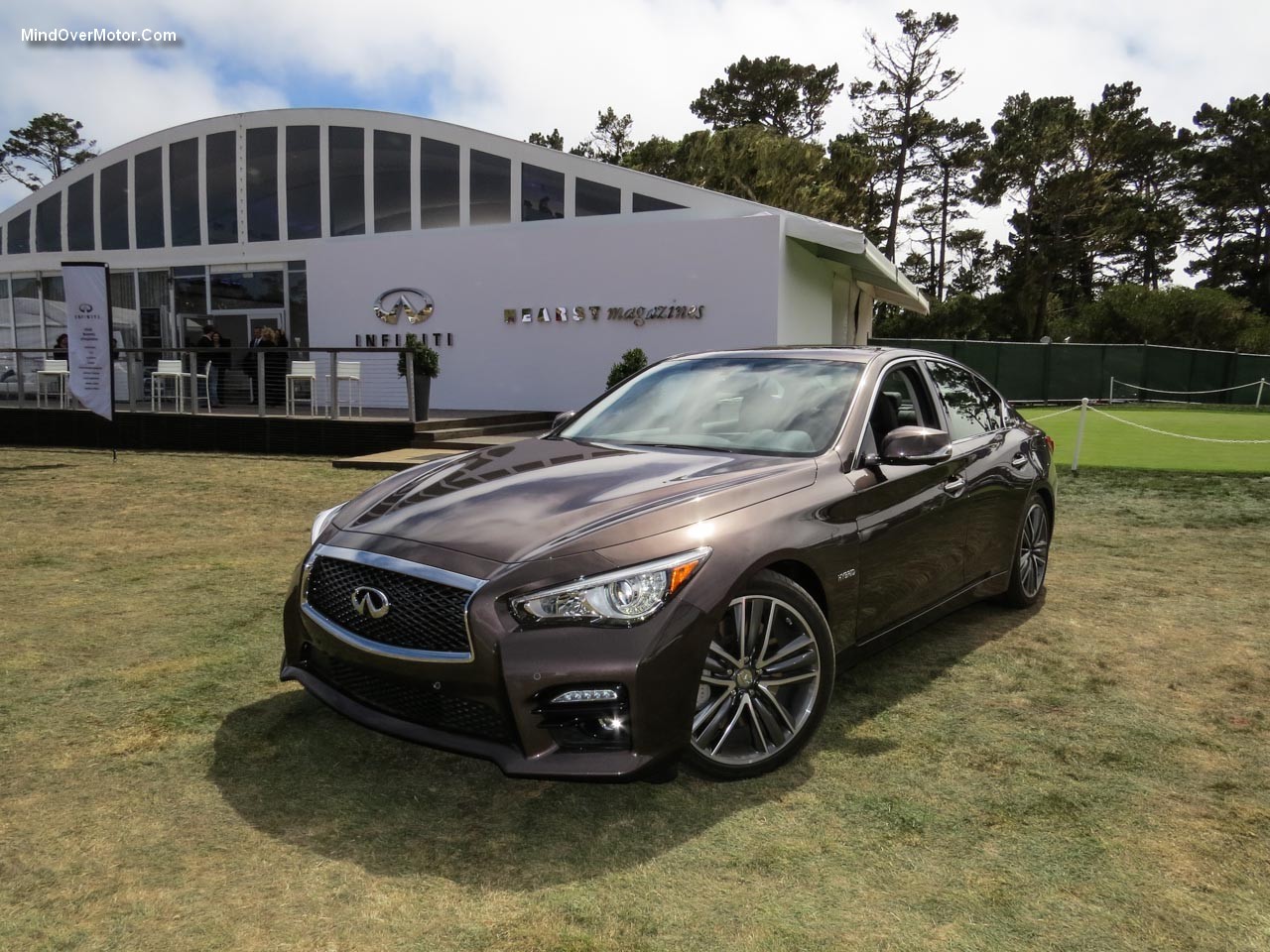 END_OF_DOCUMENT_TOKEN_TO_BE_REPLACED

Going off of the feature we did earlier today, it seemed prudent to share a recent episode of Jay Leno’s Garage where Jay gets behind the wheel of the Porsche 918. Here’s to hoping we find a way to try one out for ourselves sometime, but until then enjoy this.

It’s like that quote from The Godfather, “Just when I thought I was out, they pull me right back in!” GM has shown a lot of promise recently, Cadillac in particular with the new CTS and its turbocharged V6. Of course, in true GM fashion, such applaudable brilliance must be subsequently balanced out by some action of unfathomable idiocy. Ladies and gentlemen, I give you the $76,000 Chevy Volt, which Cadillac refers to as the ELR.

Lets get this straight, the whole entire reason that the Chevy Volt hasn’t sold well is because it is too damn expensive. Like $40,000 in a world where its competition cost $25,000. So naturally GM’s brilliant marketing people had a meeting and said, “I know what will really sell well. Let’s make a Volt with a Cadillac body on it and make it double the price!”

END_OF_DOCUMENT_TOKEN_TO_BE_REPLACED 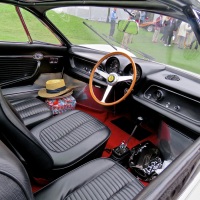