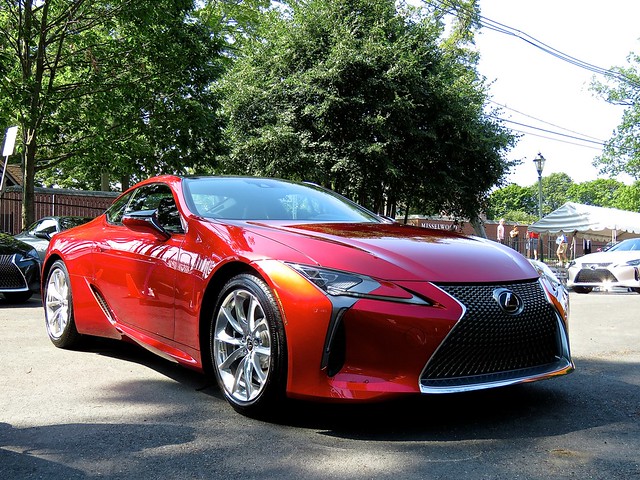 Luxury isn’t about needs, luxury is about wants, or rather, desires. Practical concerns come second to delivering a highly remarkable experience. A luxury object is an art form, and it must appeal deeply to human emotion, even at the expense of being practical or being objectively inane.

The upscale part of Toyota, Lexus has always been extremely focused on delivering on practical concerns. They have the best reputation for build quality in the entire industry, and their cars have always been solid. A Lexus has always been a nice and dependable way to get around, but they never really rose above being just a well-polished transportation appliance. They never evoked any sort of deep carnal desire, or had a sense of occasion that made you want to go out and drive just for the hell of it.

Since 2008, Lexus has been taking serious steps to spice up their brand and make themselves a player in the true luxury segment. It’s a marketplace where people want something genuinely special, not just a Camry fitted with leather and wood. Lexus needed to define their own unique experience, and boy have they made moves in the years since. 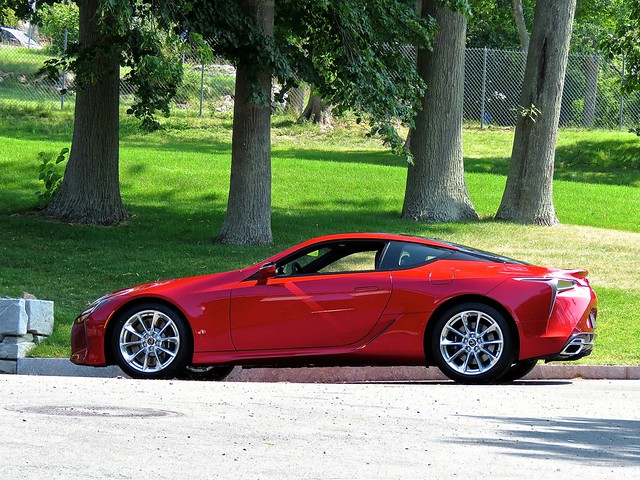 A child of the lessons learned from the F-Models and the rowdy LFA supercar, the Lexus LC is Lexus’ first truly worthy luxury coupe. It doesn’t share its platform with any lesser models, which gives it the real sense of “special” that makes a car feel worthy of a six figure price tag. You don’t want anyone mistaking your car for the base model, and with the LC’s unmistakable style, you’ll never have that problem.

The LC looks incredible when you see it in real traffic amongst boring cars. It’s appearance is absolutely exotic, on the same level as a BMW i8 (at least with the doors closed), and it will turn head after head when you cruise through town. Lexuses used to go overlooked on the curb, but this one will be the center of attention. With it’s sleek exotic style the LC 500, has the sense of occasion you want from a gran turismo. It imposes an emotional effect on the people around it, and in that regard the aesthetic presence of the LC can only be described as art. 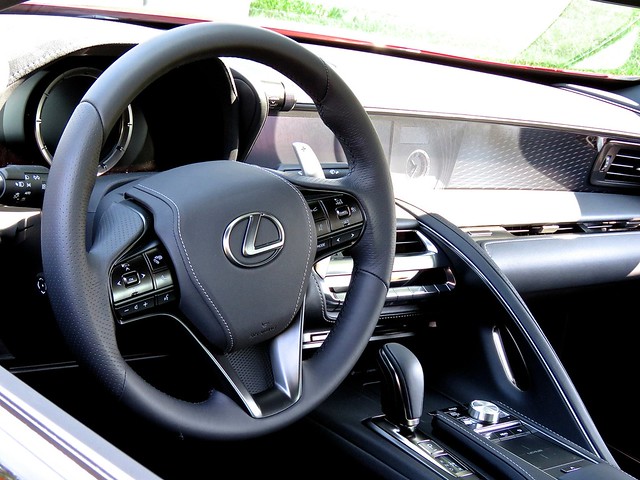 Inside the LC 500 is plush, but very clean. You immediately sense Lexus’ trademark build quality. The interior design is more normal Lexus flavor, not as crazy as that of the exterior, but it’s an extremely nice place to be all-round. For those wanting a crazy interior to match the crazy exterior, there is an option of a blue, orange and white color combination. For me, though, I’m good with the rich red leather option to spruce things up just a little more than the standard black. 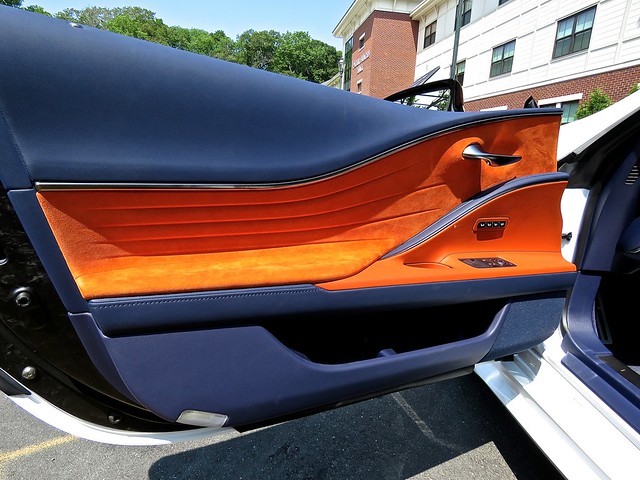 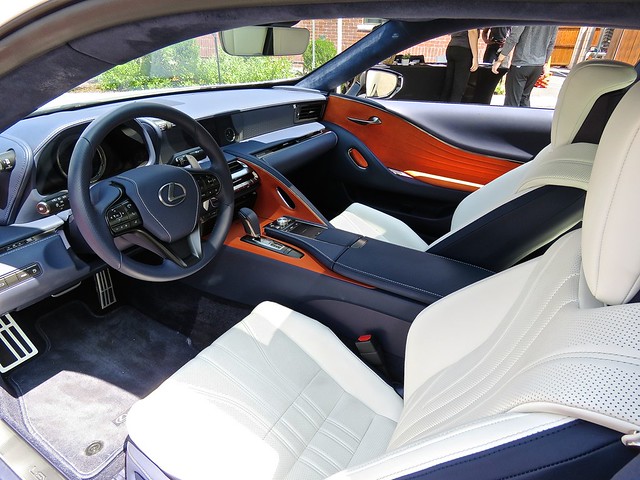 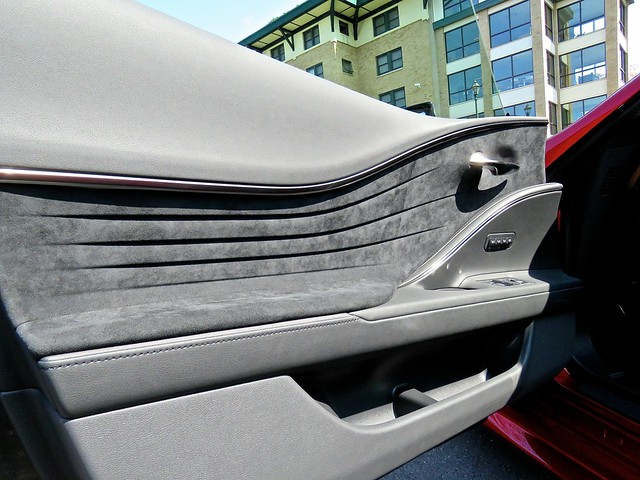 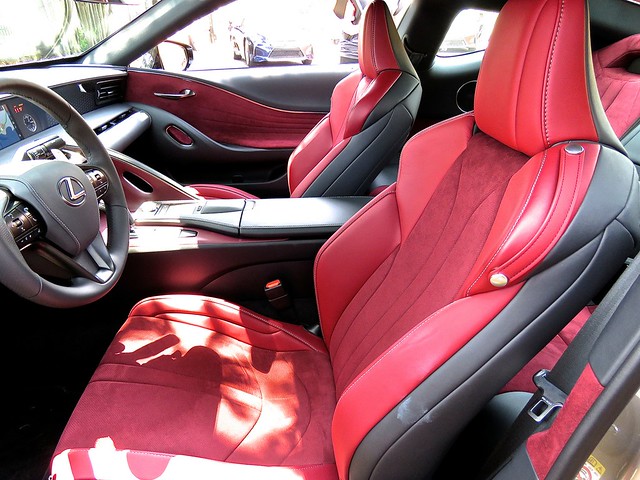 The big question for me with the LC was how it would drive. Would it have the dynamic excitement and emotion to back up it’s exotic style? Or would it just be a cool-looking marshmallow on four wheels?

Lexus’ history would point toward the latter, but the LC breaks from Lexus’ previous form. I’m thrilled to report that the LC 500 is a clear indication that Lexus has officially transformed. This is a proper honest-to-god grand tourer with a thick layer of emotion spread over the unshakable foundation of Lexus’ hallmark quality. 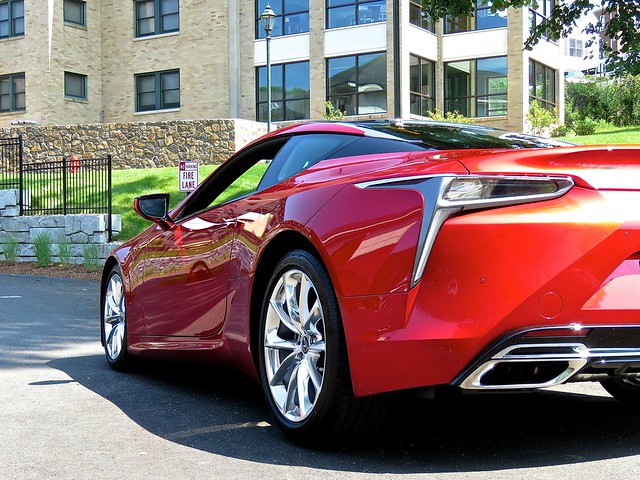 Sure, there have been signs of improvement in the IS F, RC F, GS F, and of course the LFA, but those were all dedicated high performance models. Might I remind you that the LC 500 does not wear an F badge. It is the standard model for the LC lineup, and sets the base line quite high for other LC models to come, including the rumored twin turbo V8 Lexus LC F. I had to continually remind myself while driving the LC 500 that this wasn’t a hardcore performance model. It’s like a BMW 650i, not an BMW M6.

The LC 500 was a totally competent performer on all fronts, and that’s why I had to keep reminding myself that it wasn’t an F-model. It was very quick, it handled well, and its controls all engaged me well in the experience of driving. It’s not on the level of a Porsche 911 or a Jaguar F-Type in terms of being a dynamic sports car, but it does exceedingly well for a big GT. The LC 500 is definitely on the sporty end of the gran turismo spectrum, and while it also cruises smooth when you want it to, the LC is very far from the “floaty” Lexuses of old. 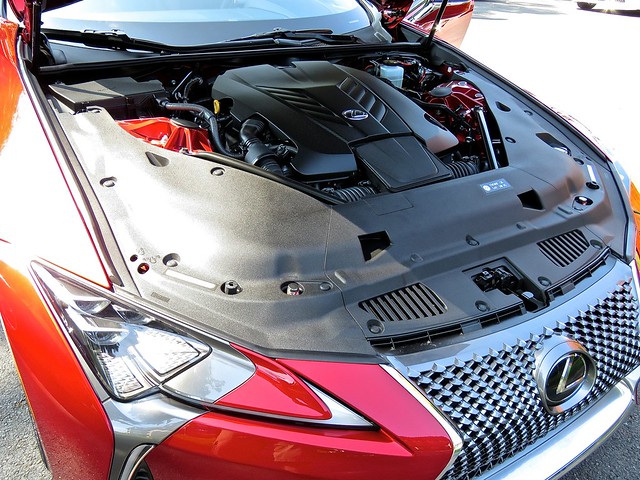 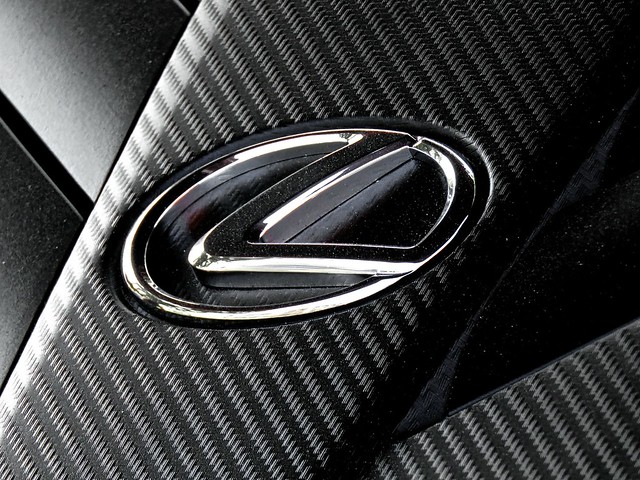 The LC 500’s character is what sets it apart from so much of its turbocharged competition at this point. I love the extra performance that turbos provide, but they also neuter a lot of the emotional experience you get from an atmospheric engine. The 5.0L V8 in the LC 500 loves to rev and it sounds absolutely ferocious. It rewards you with a lovely progressive powerband and an incredible POP! from the exhaust when you shift hard at high RPM. The LC 500 also has a genuine growl from its V8 that’s present even when you’re not in sport mode. I’m not sure weather Lexus amplifies the engine sound in the cabin, but the noise it makes is genuine because you can hear it outside the car. I loved that the engine never really shuts up because it maintains the car’s character no matter how you’re driving.

Emotionally, when driving hard, the LC 500 gave me the same excited feeling I got in the Jaguar F-Type. The speed and the sound work together to send chills down your spine every time you wind out the revs. The LC 500 is a very capable performer, and a joy to drive when to mood takes you to just go for it. 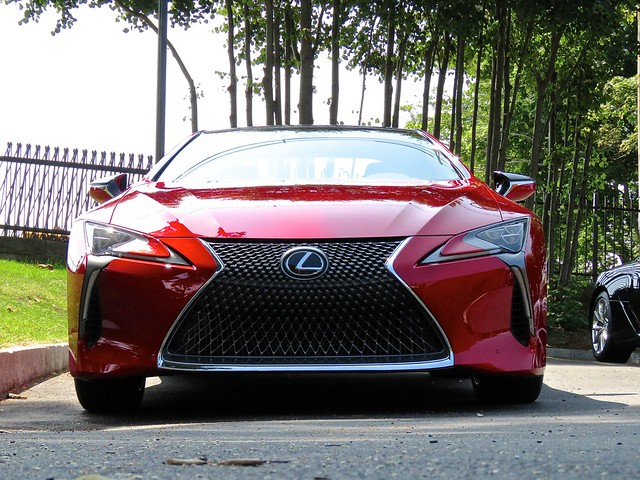 Furthermore, we have to consider what a GT car is really all about: covering great distances at high speed in great comfort with an unparalleled sense of style. That first part about covering great distances often proves difficult for many GT cars because they often have issues with reliability. Meanwhile, the LC 500 is a Lexus, the best in the business for build quality and reliability. So long as they’re maintained properly, Lexus models are generally able to go 200-250,000 miles without any big problems, and everything in their cars are engineered to last around 25 years. Meanwhile you’ll see Maseratis with major issues under 50,000 miles, and having the check engine light on is just the car saying hello. If you plan to drive long distances and use your GT car for some actual grand touring, I think the quality of the Lexus is a huge advantage over similar cars from other brands – especially since the LC isn’t lacking in character at all. 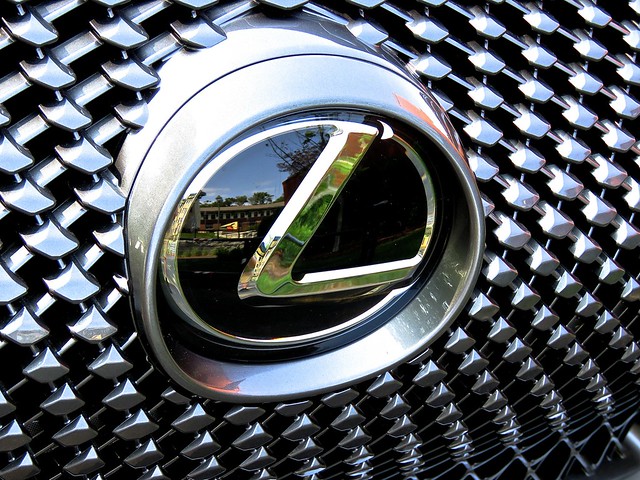 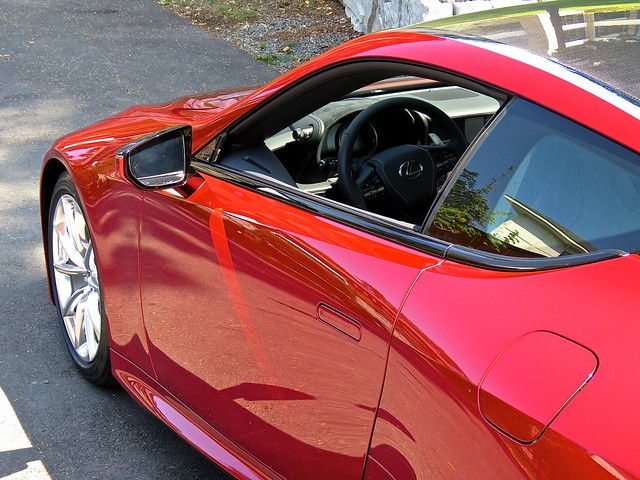 Now, being a driving enthusiast myself, I wouldn’t have an LC 500 solely as a weekend toy for fun-runs in the woods. For that job, I’d prefer a more hardcore driver’s car like a Porsche 911, a Jaguar F-Type R, or a Corvette Z06. The LC 500 is not the balls-to-the walls thrill ride that those cars are, but it also isn’t trying to be. It is plenty of fun in such driving, but it’s so much more well-rounded. If you’d also use it to commute and for longer trips, then the LC 500 may be a better option than a dedicated sports car. 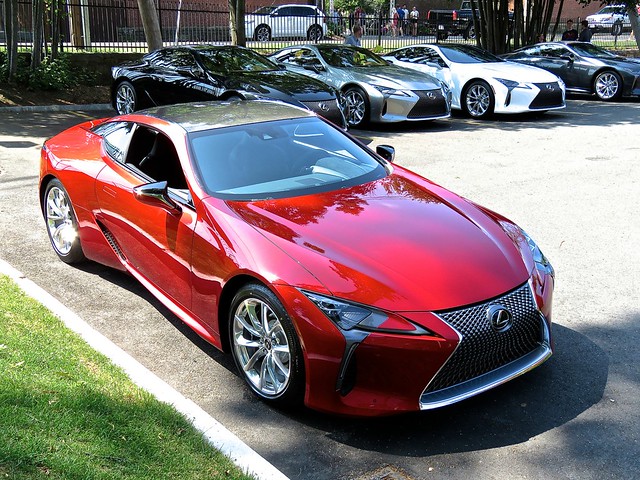 For me the $100,000 GT car question would likely come down to the LC 500 or a loaded Mercedes AMG C63 S Coupe. There’s no doubting the AMG would be a more rowdy driving experience, but it would also suffer far sharper depreciation, and, frankly, it isn’t nearly as special as the Lexus on the street. The C63 is based on a lesser model, and the LC 500 isn’t. Despite being a little less powerful, a lot of me also likes the charm of that roaring naturally aspirated V8. I think it would come down to my intent when I was shopping. If I was just looking for a short term lease, I’d go for the Benz. If I were buying the car to keep for a long time and put a lot of miles on, I’d go for the Lexus. 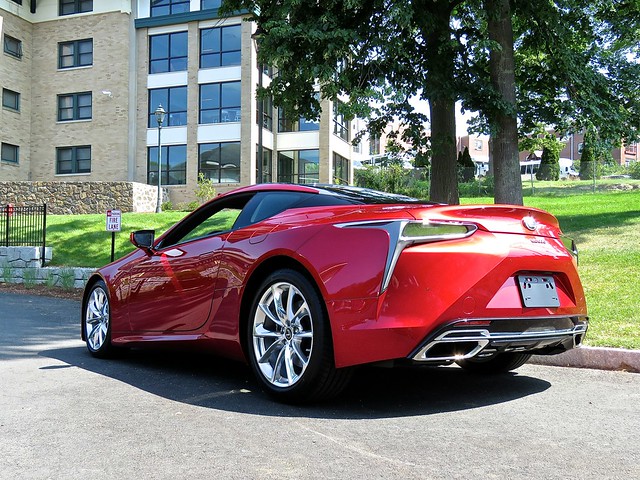 This also begs another question for me. With the Lexus LC 500 in existence, and being so good, why the hell would anybody ever spend another $50-70k on a Maserati GranTurismo? I mean that car wasn’t even worth the money back in 2008, and here we are a decade later, and Lexus is making a better, faster GT car than Maserati.

Oh, what times are these! 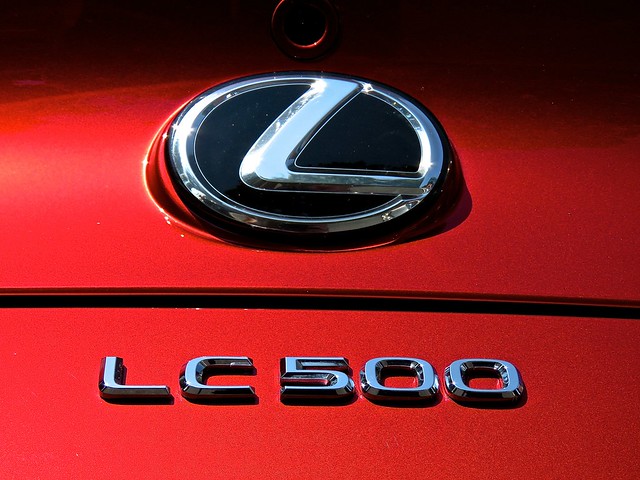 One thought on “Lexus LC 500 Review: Lexus Has Finally Found Their Form”