A proper racecar for the road, this 991.2 GT3 RS sounded amazing as it sped off with its 4.0L naturally aspirated flat six. We have to cherish these cars because we don’t know how much longer 9000 rpm internal combustion engines will exist.

The ultimate Porsche 911 at the ultimate supercar show in New Jersey, Cars and Caffe. The 991 GT2 RS wears red well, and it looks absolutely evil with its black and carbon accents. This is one of those cars that may well go on to represent a pinnacle point in the 911’s history. Enjoy the pics!

END_OF_DOCUMENT_TOKEN_TO_BE_REPLACED

The ultimate expression of the MQB platform, the RS 3 is Audi’s smallest RS model that may actually have one of the biggest bites. Just like their legendary Group B rally cars, it is a turbocharged 5-cylinder beast, but it’s also one you can drive on your daily commute for a very reasonable price. This is one of the hottest cars on the road right now, and it’s easy to see why.

END_OF_DOCUMENT_TOKEN_TO_BE_REPLACED

As far as offbeat colors go, this Evergreen BMW M Coupe is up there, especially with its matching green interior. We spoke with the owner and I believe he said it was one of just 16 like it on this Earth. I’ve always loved the Clownshoe and its shooting brake design. BMW took a roadster and made it into a genuinely practical coupe with a unique design. It’s a future classic for sure on style alone, but it’s also a genuine enthusiast’s car from what I consider the end of the golden era for BMW. Values are already climbing.

END_OF_DOCUMENT_TOKEN_TO_BE_REPLACED 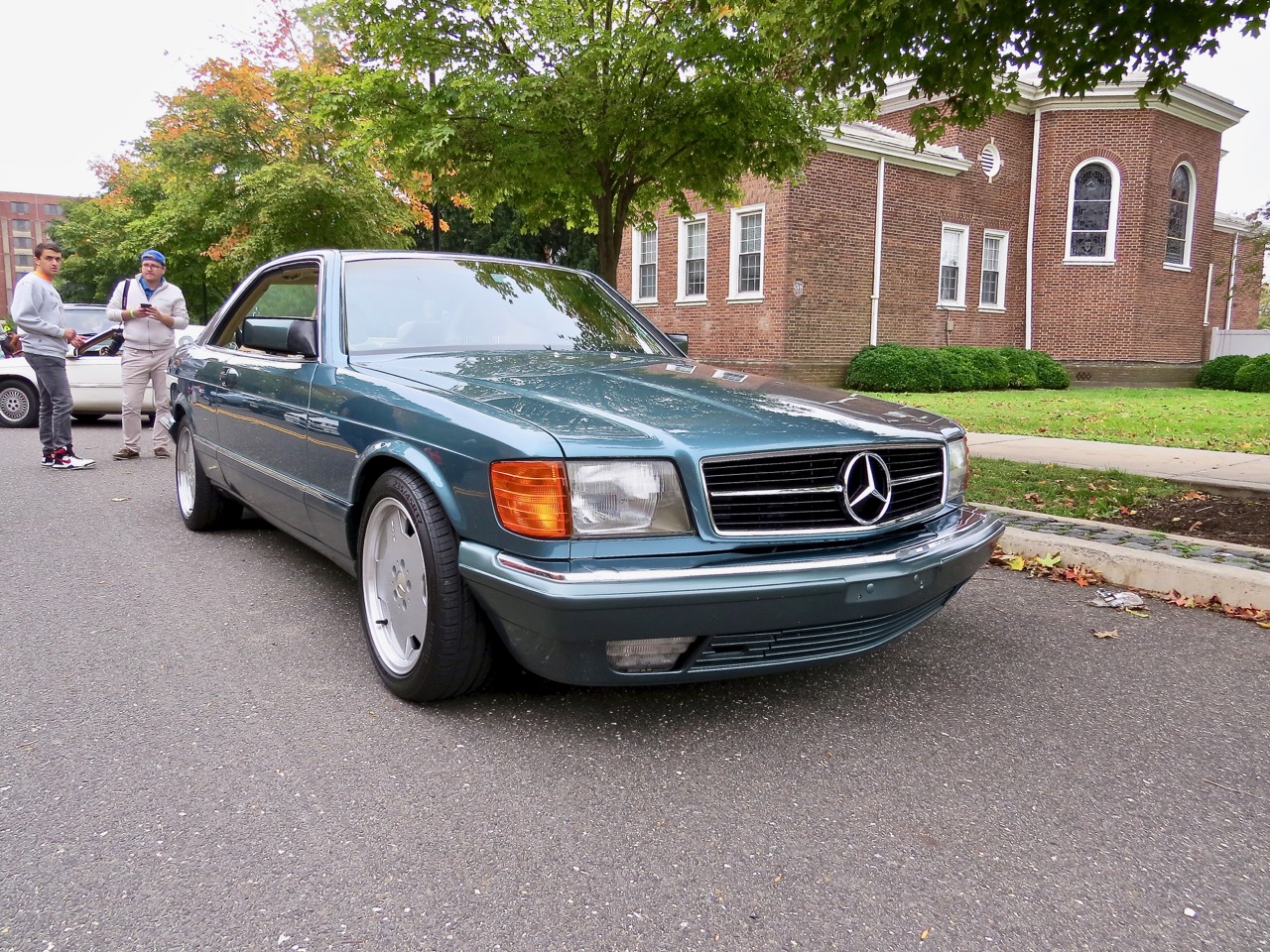 Yesterday, Nick shared with us a Porsche 928 with fake drugs on the armrest. Today, I’m sharing with you a Mercedes that the Porsche owner’s dealer (not a kingpin, but a dealer who makes plenty of money) would drive. I’m a sucker for the 560SEC of the Eighties, and this example is one of the straightest I’ve seen in a long time. From the turquoise paint to the Monoblock wheels (which may not be stock but certainly give this big coupe the rake it deserves) and the immaculate interior to the frameless windows, I was hooked. Enjoy the photos of this Eighties (and early Nineties) leather-lined Panzer tank. END_OF_DOCUMENT_TOKEN_TO_BE_REPLACED

The owner of this gold 928 decided to go all out on the 80’s theme at Radwood and leave a few suspicious white lines on the center console of his car. (That must be baking powder… right?)

END_OF_DOCUMENT_TOKEN_TO_BE_REPLACED

I love the E46 M3 and I especially love it in Laguna Seca Blue. This one was very nicely modified and it really popped against the exotics and classics at the Scarsdale Concours.

END_OF_DOCUMENT_TOKEN_TO_BE_REPLACED

When I was a kid, my friend’s dad gave me a lift home in his brand new 1999 BMW 740iL. I was blown away by how nice it was to just sit in even as a nine year old. Since then I’ve wanted a BMW 7-Series from this generation. Here, Doug Demuro walks us through the highest end version of the era–the 750iL V12 with the M Sport package. Enjoy the video.