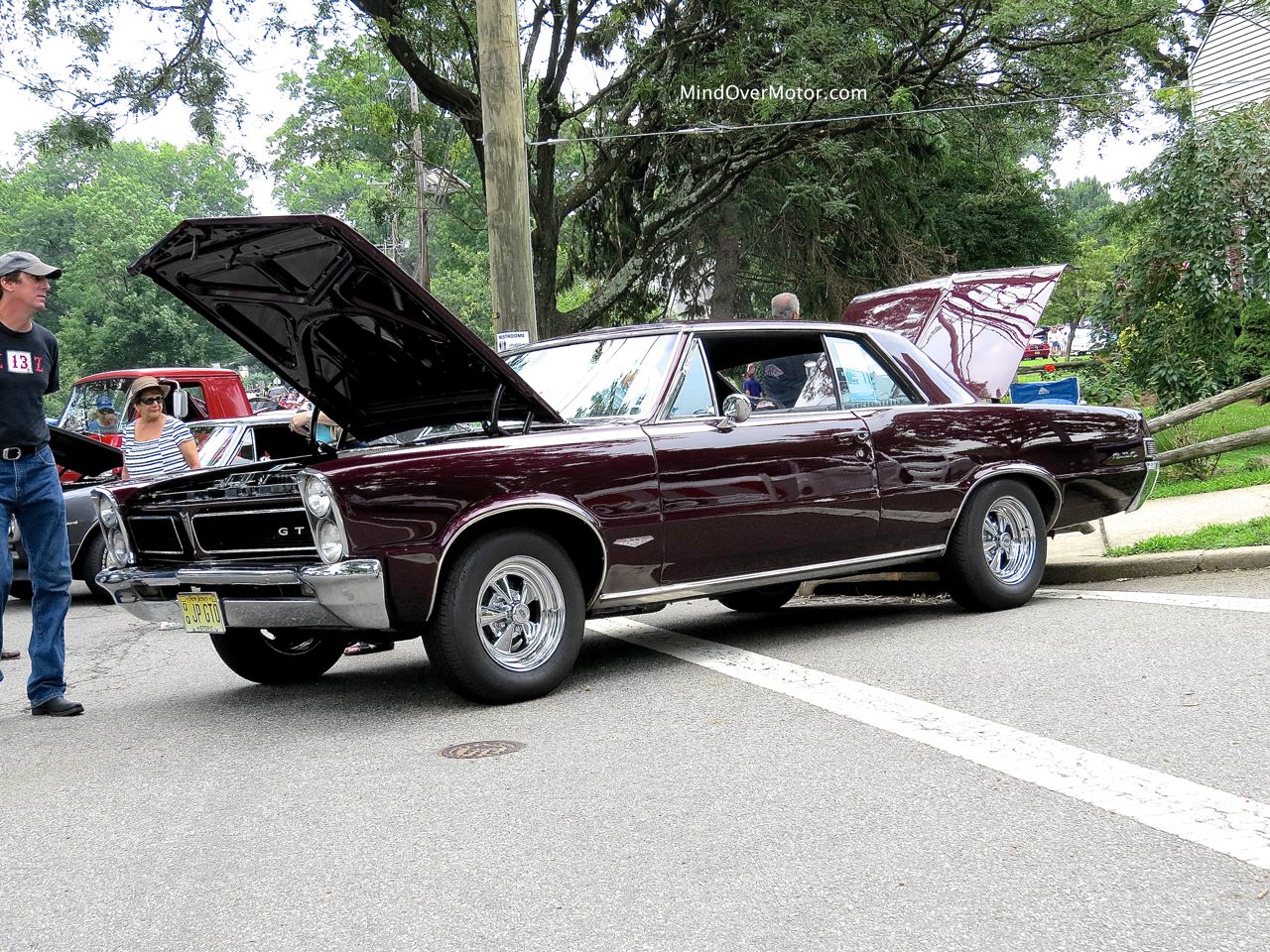 On Sunday, I attended the River Edge Classic Car Show in River Edge, NJ thanks to a tip from my aunt, who happens to live there.  I was expecting this show to be another small neighborhood car show in a small town in Bergen County.  To say the very least, I was completely and utterly wrong. Despite the rain all over New Jersey and the threatening, humid air hovering over the city park, the show went on and was a runaway success.  Admission was free, food was reasonably priced, and the atmosphere was friendly and full of good vibes.  All sorts of cars were welcome, from a gorgeous early 1930s Chevrolet sedan all the way up to a restored 1970 Plymouth AAR Cuda, among many other fantastic cars.  There were muscle cars, hot rods, offbeat classics, Mustangs, and even a Lotus Esprit V8.  I was incredibly impressed at the variety and the caliber of cars on display out on the street on Sunday afternoon.  The weather held up, everyone had a great time, and I even saw a 1969 Mustang Mach 1 that I’d judged in 2007 (more on that car in a future post).  A great day was had.  Enjoy the photos, everyone!

END_OF_DOCUMENT_TOKEN_TO_BE_REPLACED 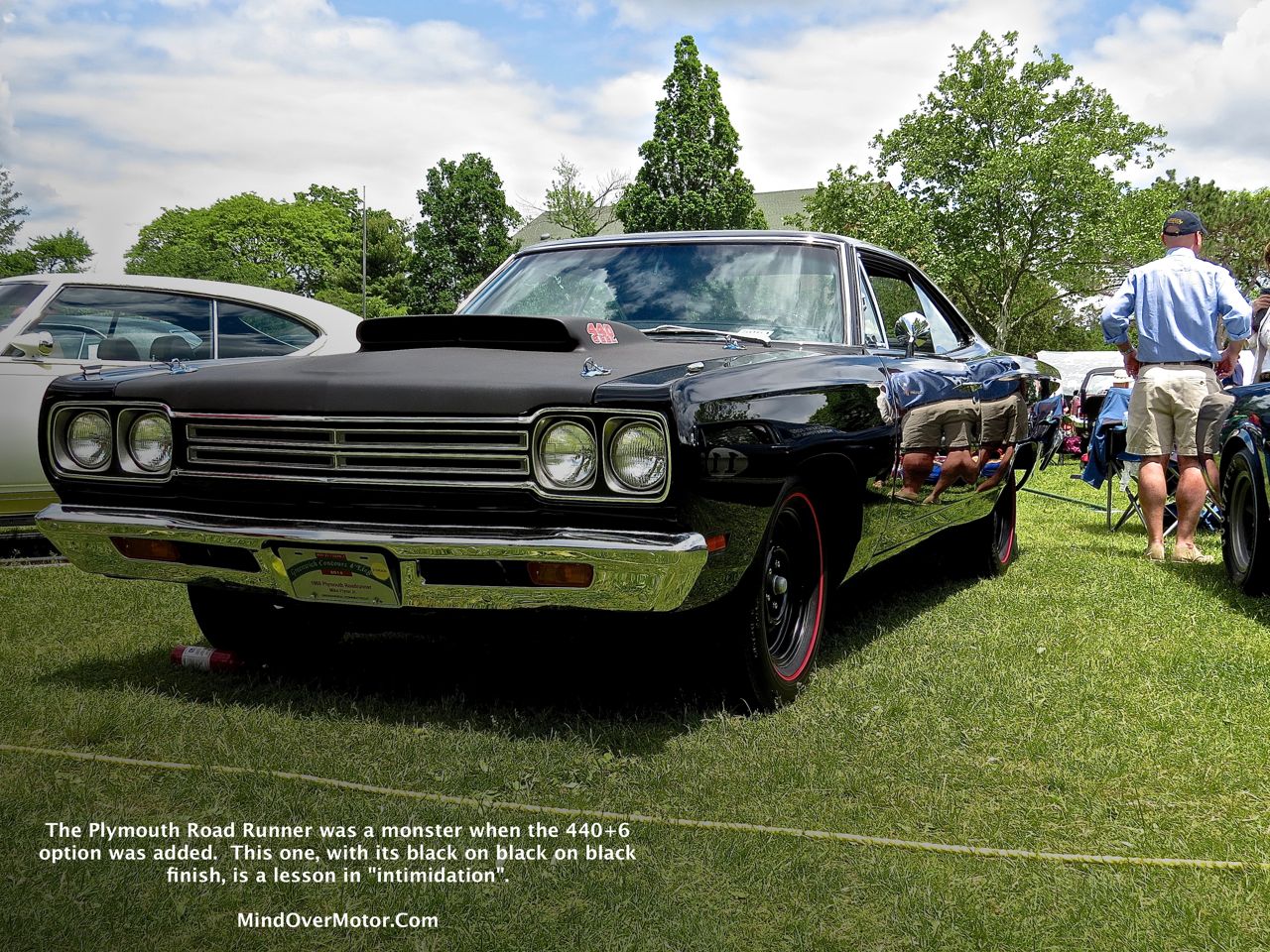 The Plymouth Road Runner was a legendary car in its own right. It launched in 1968 as a stripped out Belvedere with plenty of performance extras as standard equipment, an optional 426 Hemi V8, and a price low enough for a teenager to enjoy. In 1969, Plymouth improved the breed with a new front end, new taillights, new trunk trim, and new side marker lights.

However, halfway through the year, Plymouth decided to stop toying with the competition and dumped the 440-cubic inch V8 into the Road Runner coupe and hardtop. The M-Code package, as it was known for the VIN code, or the A12 package (on the fender tag), included the 440 V8 with a trio of two-barrel Holley carburetors and a bunch of go-faster goodies attached to the chassis. A Super Track Pack could be optioned alongside the 440 Six Pack to make this Mopar even more formidable on the street.

This engine also came with a sinister appearance package that added a flat black lift-off fiberglass hood with integrated scoop, hood pins, a set of black steel wheels with chrome lug nuts, and most of the brightwork deleted. This is probably one of the meanest looking muscled cars that Plymouth ever made and it happens to be a huge favorite of mine. Only 1,432 440 six barrel Road Runners left the factory in 1969, and this automatic-equipped one is a one-owner car that appeared at the Greenwich Concours earlier this month. So far, this is the first real 440+6 Road Runner I’ve had the pleasure of seeing in person. Enjoy the photos. END_OF_DOCUMENT_TOKEN_TO_BE_REPLACED 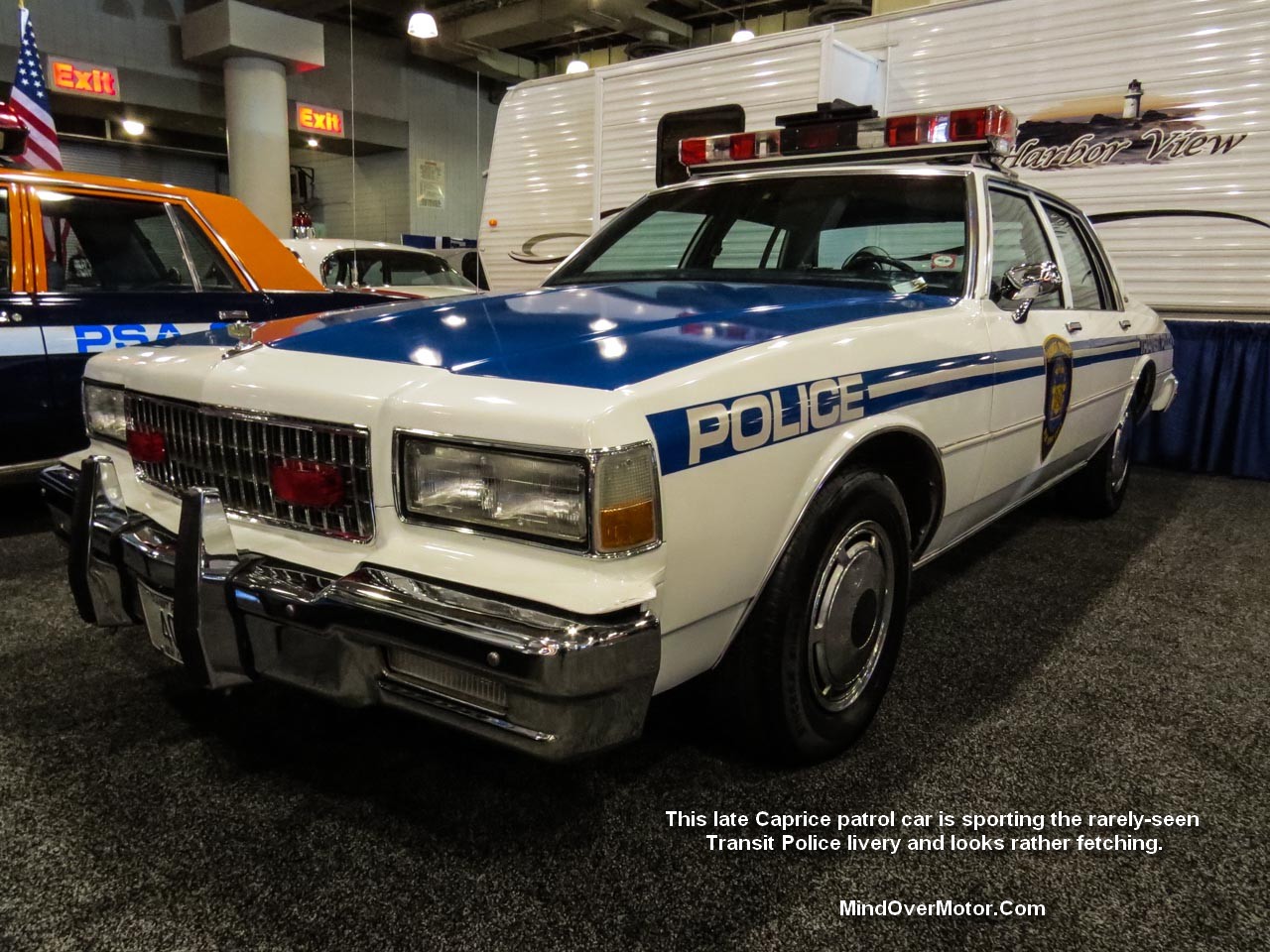 Although this site tends to focus largely on performance cars, I feel that it’s time to give those who serve and protect a bit of time in the spotlight.  At the New York Auto Show last month, the NYC Police Museum was grateful enough to provide a collection of cars, along with some privately-owned police cars, to put on display in the back of the basement room during the week.  The quality of the cars gathered for the display was impressive, and all three of the Detroit Three were proudly represented, with examples of New York City’s finest chariots from the 1950s all the way up to 2014.  Here are some of my favorites from the display.  See the photos after the jump for a bit more information about each car featured.  Enjoy the photos. END_OF_DOCUMENT_TOKEN_TO_BE_REPLACED

Shots from day 1 of the 2013 New Hope Auto Show. Saturday is always mostly American cars, and an eclectic array of muscle cars and classics were in attendance this year. Enjoy the photos.

END_OF_DOCUMENT_TOKEN_TO_BE_REPLACED

Mopars are definitely my favorite cars from the muscle car era, and the Woodward Dream Cruise is always full of them. This awesome 1968 Plymouth GTX caught my eye in a special way, though, because of its rare teal color. I love when cars are painted in uncommon tones because it makes them stand out, especially in a traffic jam like this, with literally thousands of cars in it. Enjoy.

END_OF_DOCUMENT_TOKEN_TO_BE_REPLACED

We were in attendance for the 2013 Greenwich Concours d’ Elegance this past weekend in Connecticut. It was a fantastic event, and we saw, and drove, many awesome cars. Like most Concours events we go to, we have come back with months of material that we will be sharing with you over time, but this is a highlight reel to wet your appetite. Enjoy.

END_OF_DOCUMENT_TOKEN_TO_BE_REPLACED

Haven’t had a solid muscle car in a while, so this Plymouth Fury should get things back on track. I was blown away by this thing when I saw it during my summer in Detroit. First off I am a huge fan of black and red color schemes, so even just looks alone caught my interest. But then the hood was popped, and inside sat a 426ci Max Wedge V8; the epitome of the 1963 models. This Fury embodies what the muscle car is all about, rather unassuming looks with a whole lot of punch under the hood. Enjoy.